How to make a simple tree yourself with defined distances for each generation?

I'm trying to make a function that generates a tree for spin spin analysis in spectroscopy. I though it would be pretty easy, but I'm totally stocked. 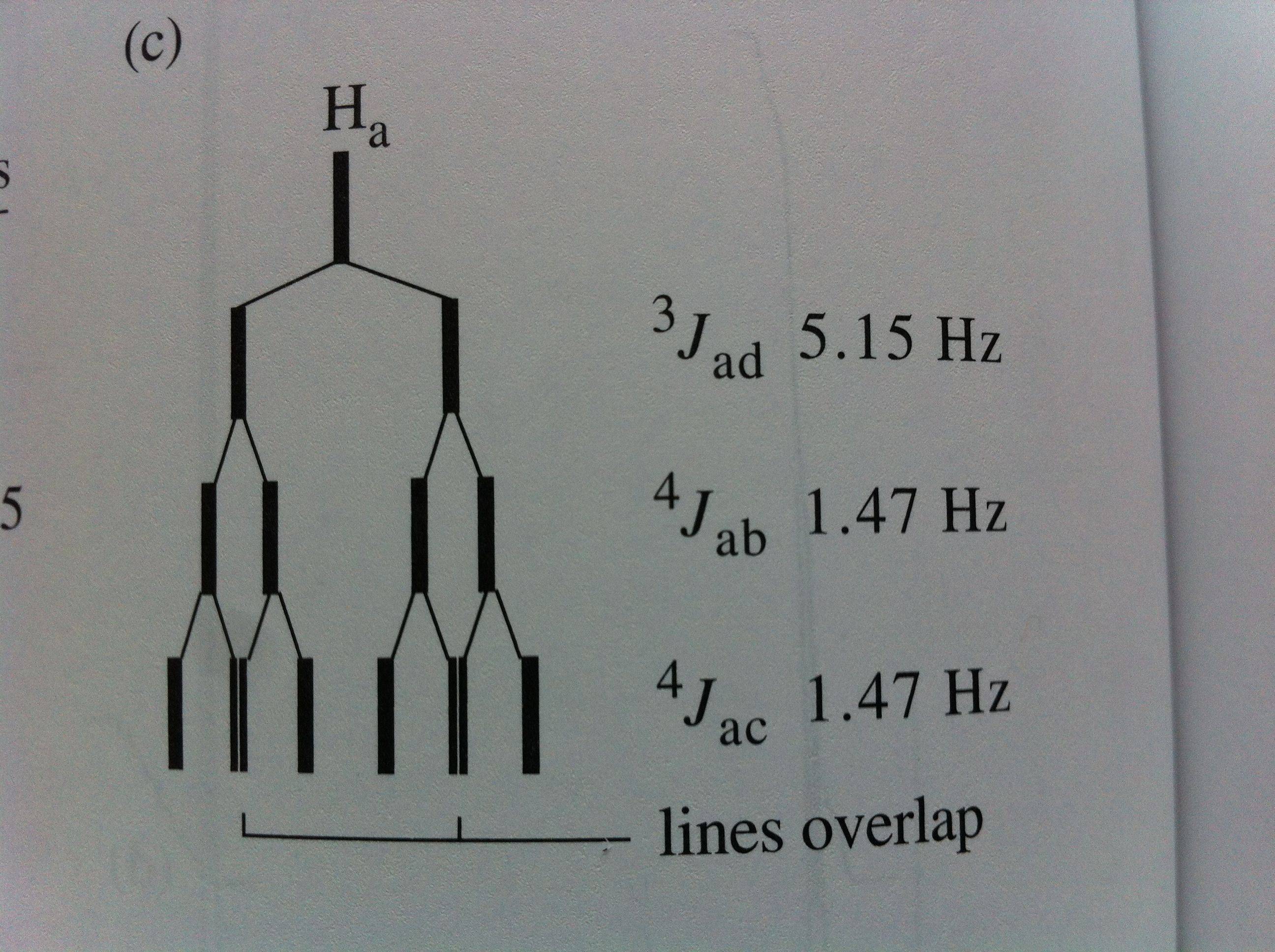 where the listed frequencies are the distance between the "generations".

What should I do?

Your input is the frequencies at each generation. Let's write them down

For convenience we might define one of your lines to be a Node[p,g] where p is the x-position and g is the generation. With this you can directly draw lines or use the positions with a Graph.

Let's have a look how we can create the complete tree from the top. The top node is Node[0,0]. When we have a `Node[p,g] at a specific level and with the correct x-position given, we can easily calculate the two children of it by

When this is understood, it is not difficult to create a list of rules from your frequency list freq

What's left is to apply this set of rules on the starting Node[0,0] until nothing changes anymore. This can be done using FixedPoint, where we here want to use FixedPointList to store the results in between, because you want to have Node[0,0] in the final result.

The result contains the position information for all levels and the list-nesting shows, which nodes are on which level in the tree. Using Graph and its Property you can set up a tree looking like your image above.

The most easy way to visualize the correctness is to simply transform the nodes into Line directives and draw them:

I used Opacity so that it becomes visible where the two lines in the last level overlap: 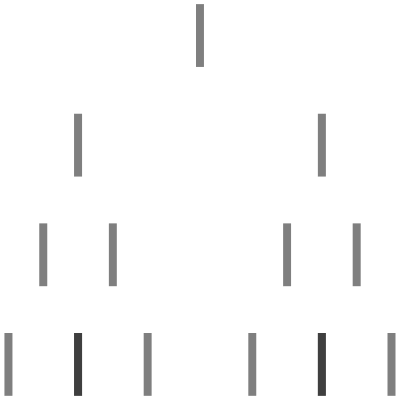 How do I draw the lines between the nodes?

Exactly in the same way. I showed you how to calculate the positions of thick lines. The edges of the tree can be calculated in the same way. Therefore, let's introduce additionally an Edge[x1, x2, g] type which connects two generations. We can include the rules for the edges in our rules variable and with a bit of adaption we get 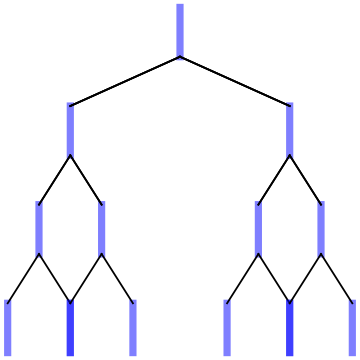 Not the answer you're looking for? Browse other questions tagged list-manipulation recursion trees or ask your own question.

4
Values (or positions) of array row elements within a specified number of positions from target value
1
How to make Huffman coding by using tree representation
3
Efficiently generating plots from lists of differing lengths
7
Weird behaviour for a vector InterpolatingFunction inside an NDSolve
2
How do I create a recursive tree plot for the Fibonacci sequence?
3
Merging SparseArrays (or normal arrays)
5
How to draw a tree in which each vertex contains some circles inside?
0
Python recursive bisection algorithm to Mathematica
5
Simple Decision Tree for Tuples