Solving and plotting an ODE in polar coordinates

I'm super new to Mathematica, but it's the software used at my school, and I'm really trying to get better at it. While I'm new to Mathematica, I'm not new to other STEM topics and am doing some research on spinning black holes. I'm doing a presentation in a few weeks and am trying to put together some animations of some plots.

One I'm working on involves integrating and plotting the equation:

The result should look something like the attached image, 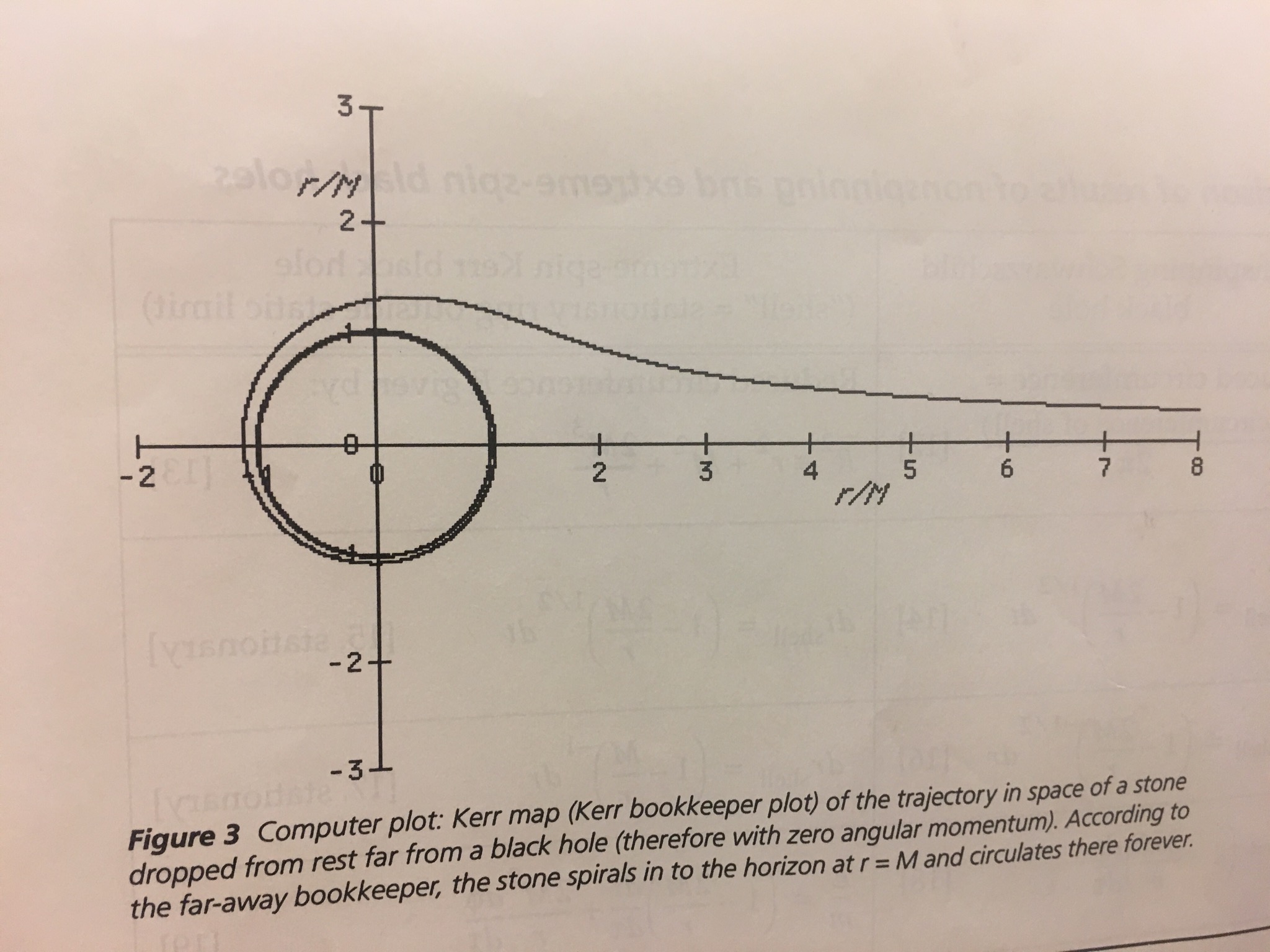 If anyone could offer me any assistance, I'd really appreciate it.

To get a plot like the one you show, I have to correct a sign error in your equation. After doing so, the equation is easily solved with NDSolveValue. Like so.

The following is added to address concerns raised by the OP in a comment to this answer.

I recommend that you begin your further exploration of Mathematica by following this link (or its equivalent in the built-in Documentation Center).

Now let's look into how Manipulate can be used to make a demonstration of a particle moving along the spiral shown in the polar plot. The main point is add an Epilog option to the plot which will draw the moving point. 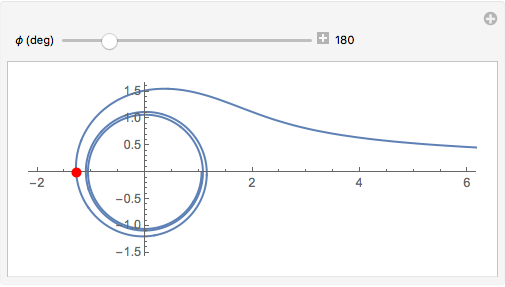 we get a long analytic WA solution involving three types of Elliptic Integrals. A numeric solution can be attempted with NDSolve.