To help illustrate the issue, I've prepared two notebooks named StylesheetProblem01.nb and StylesheetProblem02.nb which can be accessed from https://geoconsultlimited-my.sharepoint.com/:u:/g/personal/ian_geoconsult_ltd/EeQ1a3zqG15Gom2Fr9k6-XoB8hfdG2DGAk0whhGYesHYlA?e=Namxc2.

However, when I introduce private style definitions for the standard (un-numbered) Section, Subsection, etc. styles, as is done in the notebook named StylesheetProblem02.nb, the specified left margin of my numbered Subsection style is no longer respected by the notebook (see screenshot below).

I suspect the issue may be something to do with option inheritance, but am not sure. I also note that the cells in the private stylesheet of my notebook "StylesheetProblem02.nb" appear to have been randomly grouped per the following screenshot. 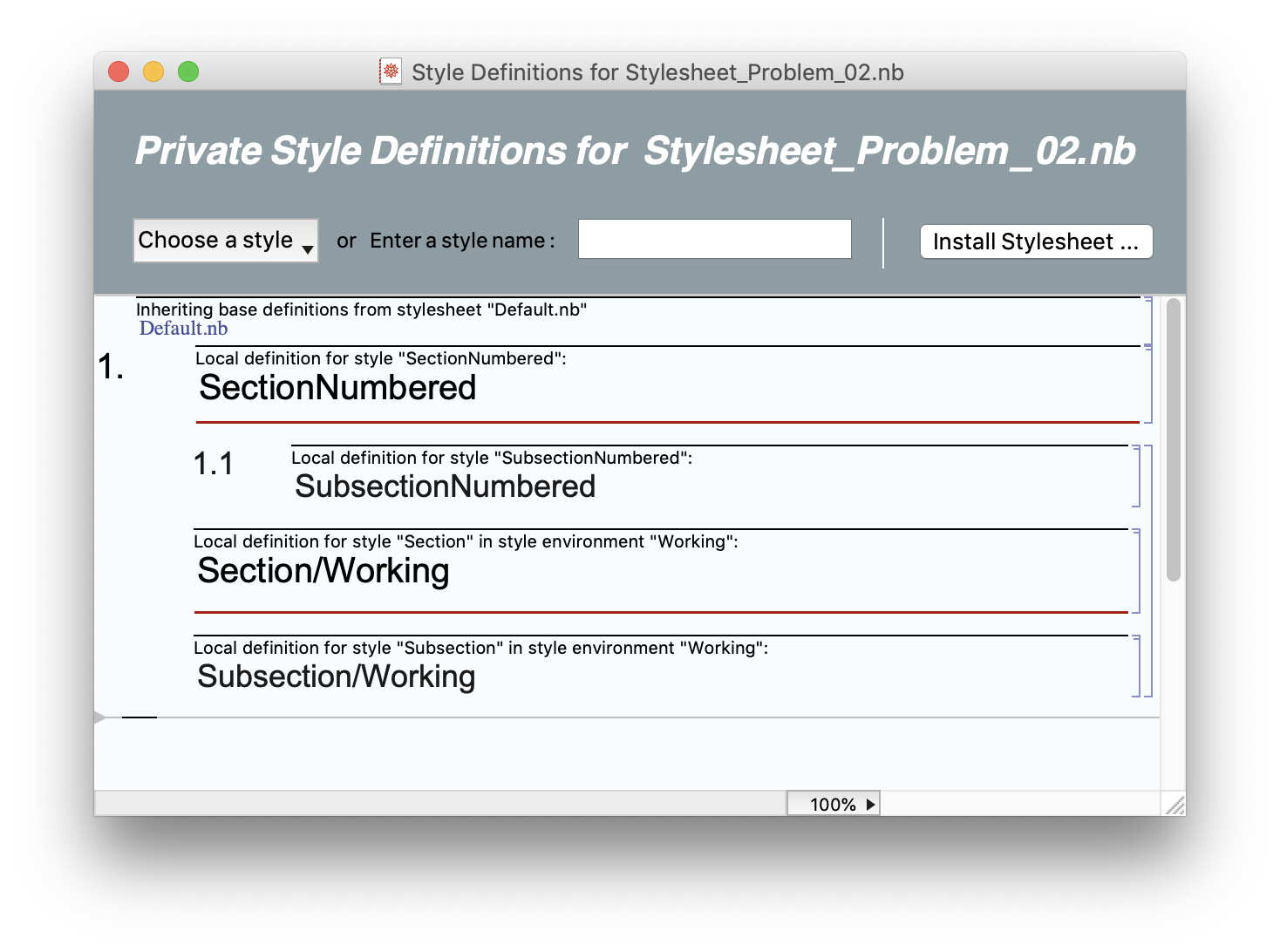 Again, I'm not sure why this happens or whether it's a factor in the behaviour I'm seeing.

I've hit a wall trying to fix the problem so any suggestions would be much appreciated.

Your syntax is off. You need

which made "Working" being ignored and specific styles for Subsection + Working took precedence.

Not the answer you're looking for? Browse other questions tagged front-end stylesheet inheritance or ask your own question.

18
How to change the style definitions for Default.nb?
7
How to edit stylesheet to change automatic numbering of Reference type to numeric, not alphabetic?
3
Is it possible to store Meta Data in a Notebook?
2
How to change "Private Style Definitions for <myNotebook>.nb" in a saved private stylesheet?
2
Modify CellLabel of Print cell in stylesheet
2
What causes Autonumbering to stop working after "Evaluating" Notebook in 12.0
2
Can a Style inherit CellMargins depending how it is grouped?