How do I draw an angular vector field containing a domain wall?

Intuitively, an angular vector field $\theta(x)$ such as the following would describe a domain wall between two vortices/strings of opposite winding number. 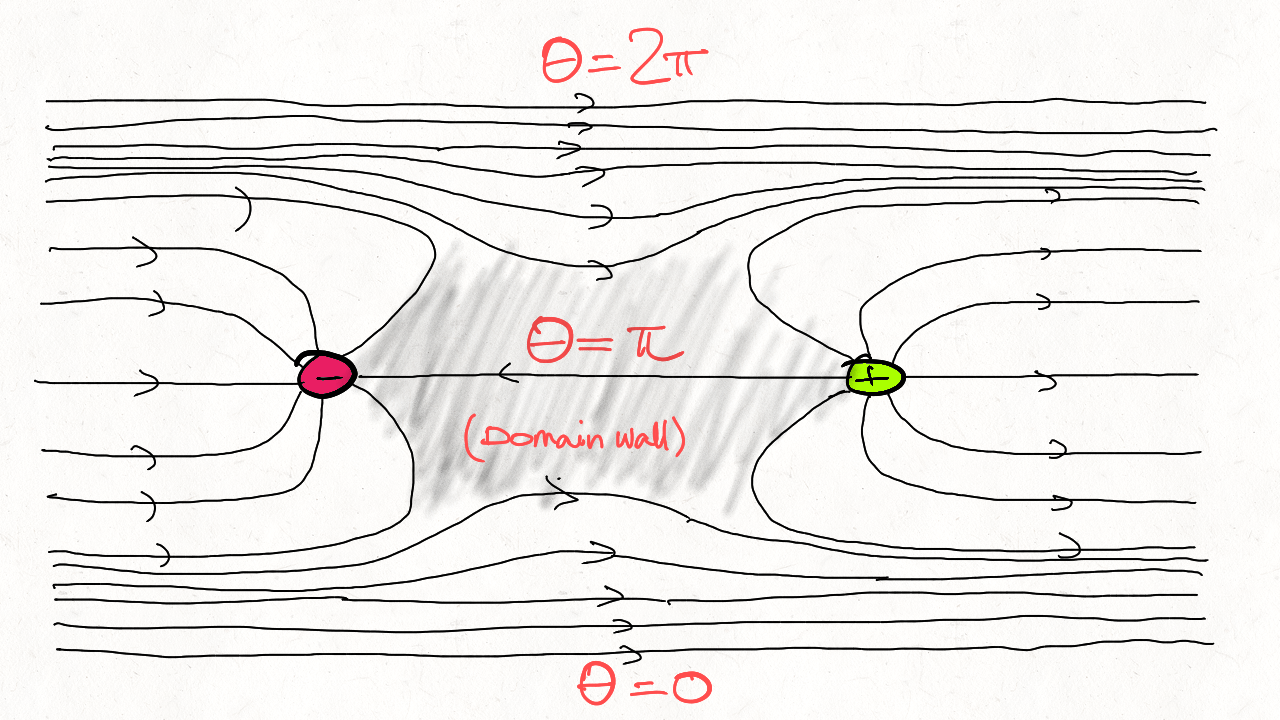 I would like to draw this on a computer using Mathematica.

I can draw a single vortex/string with the following code, for example. How do I introduce another vortex with a domain wall in between?

Here's one way to produce graphics similar to what you show.

Not the answer you're looking for? Browse other questions tagged plotting function-construction physics or ask your own question.