I would like to know how to generate a constant disk size on a GeoGraphics image. Currently my code is something like this:

The module input circleRadius isn't used but I've tried using GeoDisk using that as the radius, however regardless of what settings I put it shows opaque on the map and I want a solid black disk. The problems I'm having using just the Disk[] function is that between different maps it gets resized when the only setting I change is GeoRange to focus on a different coordinate range as shown below. 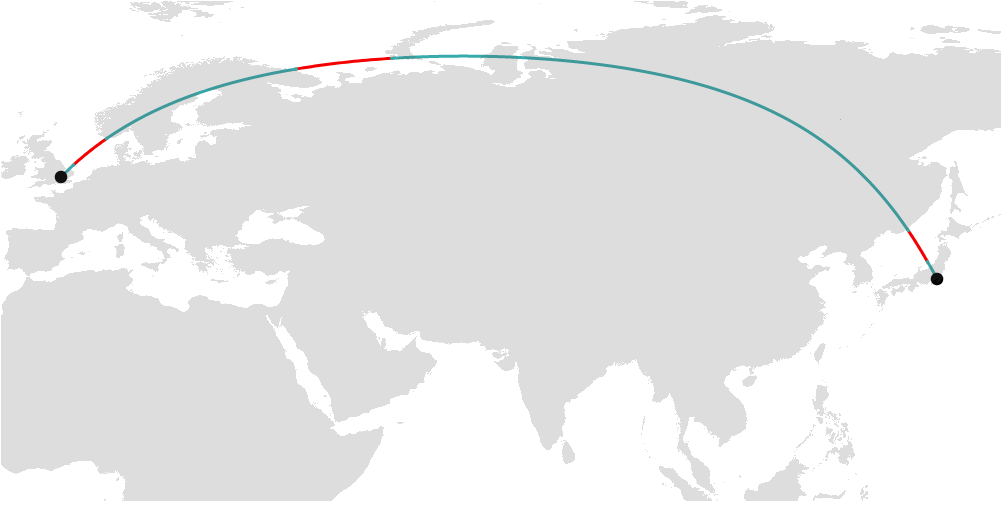 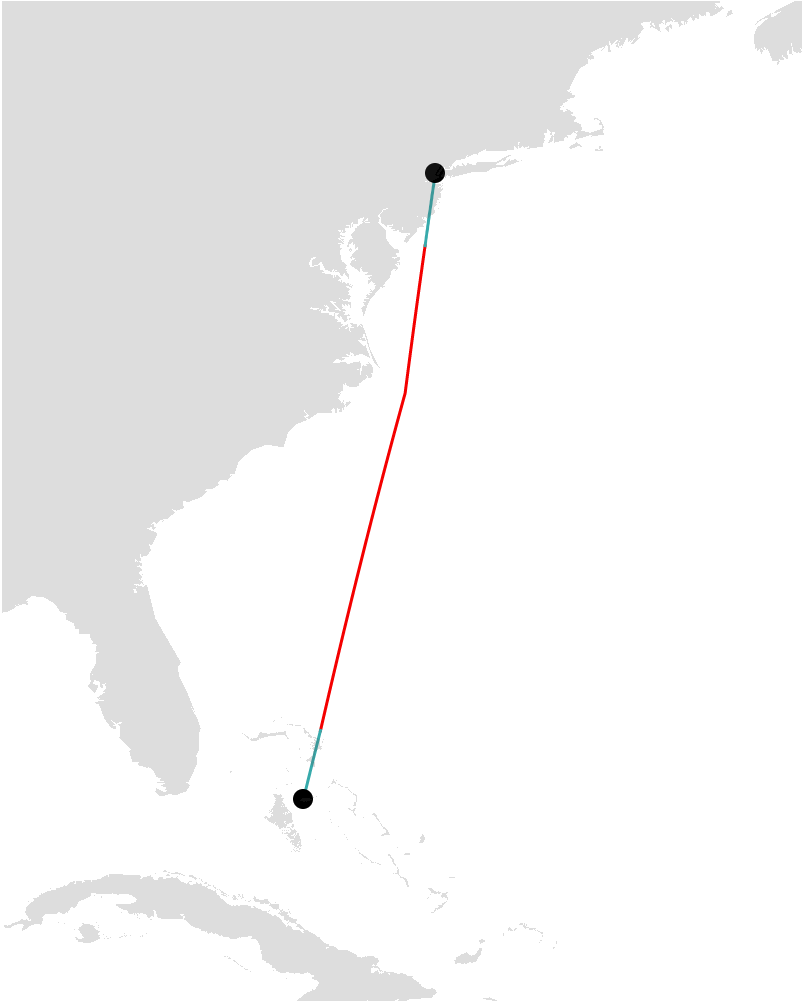 My question is: Is there a way to set the disk/line thicknesses to be sized the same between maps? Or alternatively is there a way to have GeoDisk show as fully visible instead of the transparent color that shows up?

This is what I mean by not fully visible:

Or is this entirely not possible and I should fiddle with the .25 Disk size until they appear more or less the same size between maps?

Thanks in advance for any help!

... is there a way to have GeoDisk show as fully visible instead of the transparent color? 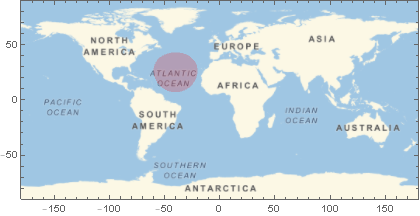 Wrap the styling directives with GeoStyling: 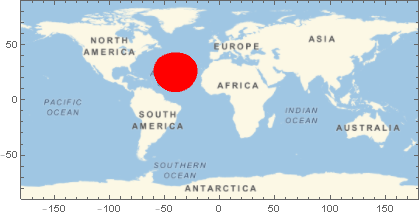 Not the answer you're looking for? Browse other questions tagged graphics geographics or ask your own question.