I'm dealing now with a problem of three steps which already has solutions in each of them. Basically, I want to write numbers on x-axis with scientific notation, but before that, I reverse the axis following this reversing plot axis for Plot, LogPlot, LogLogPlot, afterwards I add a new scale with a function relating two time scales (the x axis) following How to make plot with frame and two different scales on the x-axis (CMB power spectrum example) 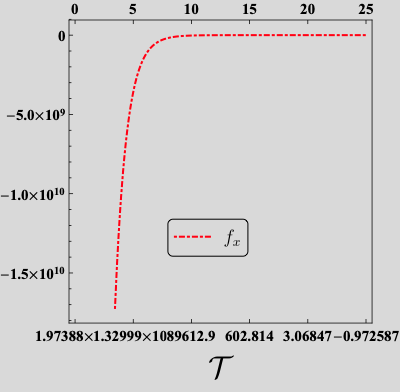 (the gray comes from the style I'm using on the notebook). This plot then is inverted in the axis (by function zp[t]) and with and additional scale. So my problem is to put that ugly horizontal scale (reescaled by the function ze[t]) in scientific notation. I tried to used CustomTicks, but perhaps I'm missing something. Appreciate any help

Browse other questions tagged plotting or ask your own question.