Im exploring possibility to apply a CA to a portion of a region in an image.

Think that I can process an image to identify a region, as an example, a green area. I would like to confine that area, and apply a cellular automaton to it.

I am trying to help myself with demonstration (E.g. https://demonstrations.wolfram.com/2DCellularAutomatonOnATriangulatedSurface/ )

but instead of a complex manipulation, I would like to understand how could you "confine" the boundary of a region to map the automaton - and stay only in it.

Should "pixelate" a region with a box matrix first?

How would you apply a Rule to the green area in this Satellite image ?

Now that I "isolated" the green areas, how could I apply a CA rule to it?

(Comments about better ways to handle color isolations are welcome, although focus is on applying CA to them).

thank you and have a nice.. Christmas Holidays! 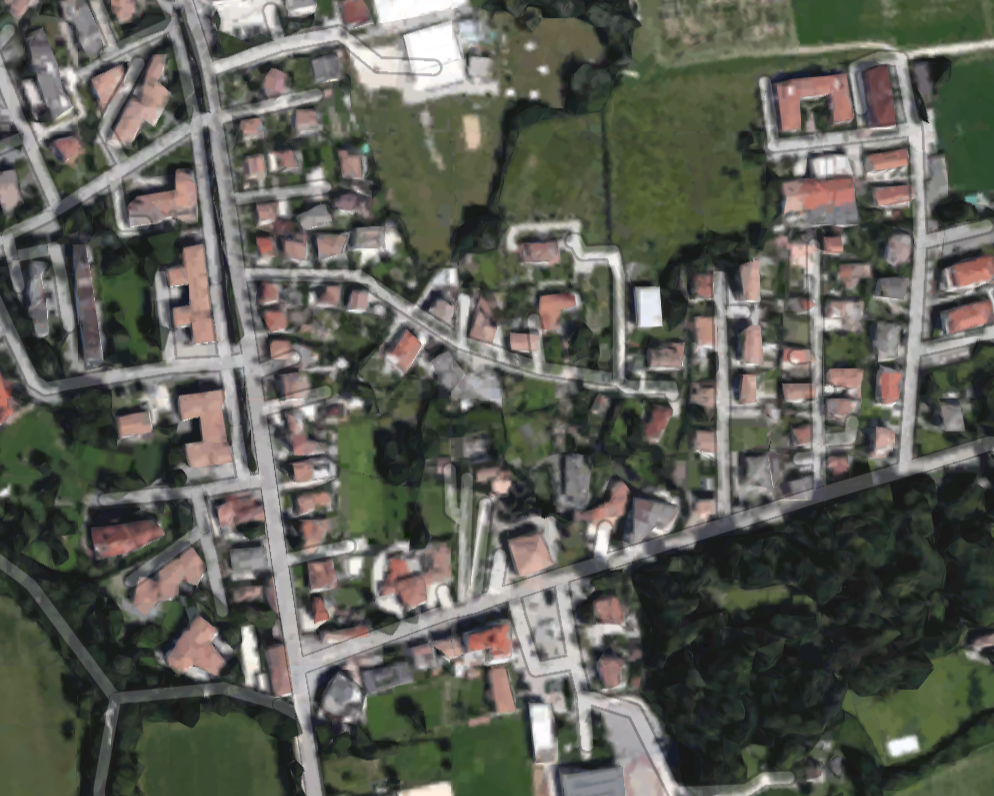 I think this problem was already solved generally, - take a look at the project done in 2018 Wolfram Summer School:

They even have a specific application similar to yours, when you run a CA on a geo-image (forest fire propagation):

The general idea there is that any CA can be run in arbitrary region by specifying a special additional set of rules for that region. CellularAutomaton functions was not explicitly used but CAs were developed from scratch.

If you want to use CellularAutomaton, there is a general approach too.

In this way you can even introduce various complex boundary conditions at the region border, for example, the values at the region border can oscillate or follow some timed dependent function, instead of just being static. This is just a concept, and not very efficient when non-CA regions are too large.

Simple example of the last idea is a Game of Life CA running on torus that is split into 2 independent regions by a ring. Define a ring:

Define single iterator that applies GoL CA and then rewrites / keeps the ring values at 1:

So evolutions inside and outside the ring are completely independent.

Before you dig through that Wolfram Summer School project, I recommend that you gain some clarity on how CAs work. It is obvious that you have some confusion, at least in the way you write things in your question, quoting:

This is quite confusing, because CAs are always applied to a specific neighborhood - von Neumann or Moore, for example, - which is completely independent from the fact that you want to run a CA in some image subregion. That subregion will still consist of a lot of such local neighborhoods to which the CA is applied. BoxMatrix[...] in CellularAutomaton refers exactly to the local neighborhood setup (Moore) and is independent from the setup of your "green area", - these two things should be set up separately in your code.

To gain better understanding of CAs I recommend A New Kind of Science.

Not the answer you're looking for? Browse other questions tagged image-processing regions cluster-analysis cellular-automata or ask your own question.