Completing graph edges “around the world” to GeoPlot an itinerary

My central goal is to plot a complex international inter-city itinerary on a world map, which might include repetitions of a single segment (e.g., New York to London or London to New York). The original difficulty stemmed from the fact that GeoPath plotted every such "equivalent" segment atop each other, obscuring the number of such passages and confusing the viewer.

@Jose's clever solution to this problem was to use the internal routines of Graph to, in essence, plot a MultiGraph of the route atop a map, where the edges for an equivalent segment would be automatically displaced.

This works well (at least for spatially localized itineraries), but reveals or introduces two new problems when plotting a world itinerary:

See the example map below. Indeed, there are separate edges for the Cape Town to Beijing (as desired), but alas only the portion of the edge near Cape Town is shown--not the portion near Beijing. Moreover, the code doesn't "know" that the proper (shortest) route from San Francisco to Hong Kong is across the Pacific Ocean.

Here is my modification of @Jose's code, where I've used DirectedEdge (to show direction of travel) and where I've colored the segments sequentially by Hue (to help the viewer understand the sequence of the route) and used Partition to speed the entry of cities on an itinerary:

In short, how can @Jose's code be modified to solve the two problems listed above: 1) produce "split edges" that go the shortest distance "around the world," and 2) show both portions of the edges?

Incidentally, I wouldn't mind using a different GeoProjection if it would solve these problems. However, I've tried every such projection and none quite solve the full problem. Perhaps, too, there is a way to embed a Graph on a sphere (the earth) and then convert that through a GeoProjection to a GeoMap.

Here is Mercator and a truncated range, which avoids breaking paths, but retains the problem of an incorrect path (from San Francisco to Hong Kong): 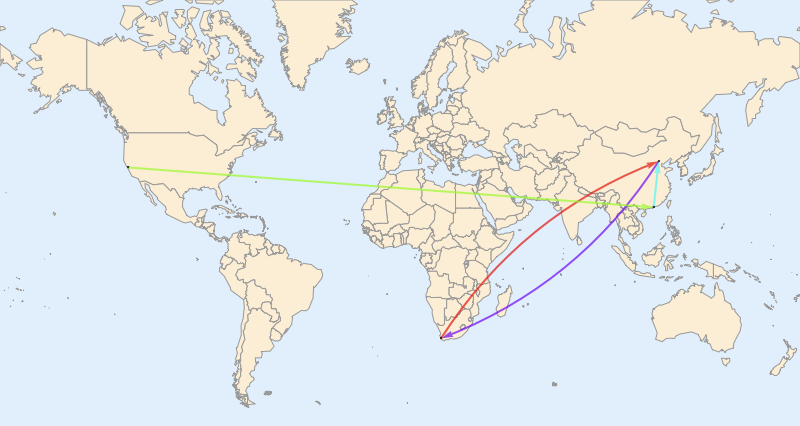 I think this functionality will be of great use to the Mathematica community. 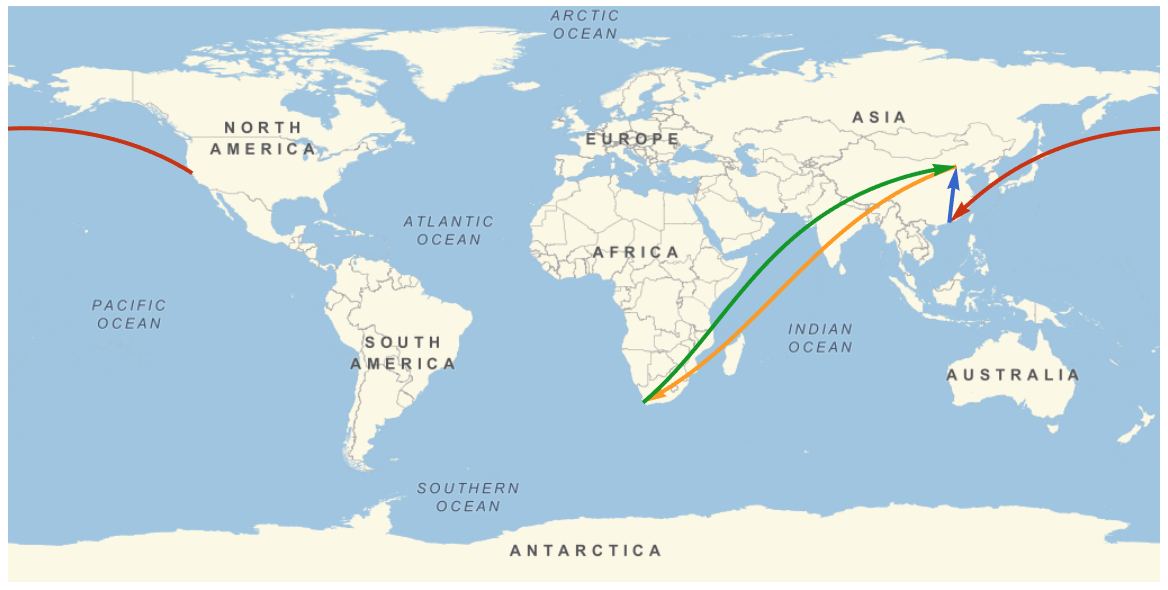 Here's the full circuit. We can see here that the offset choices are not optimal, but it's a start: 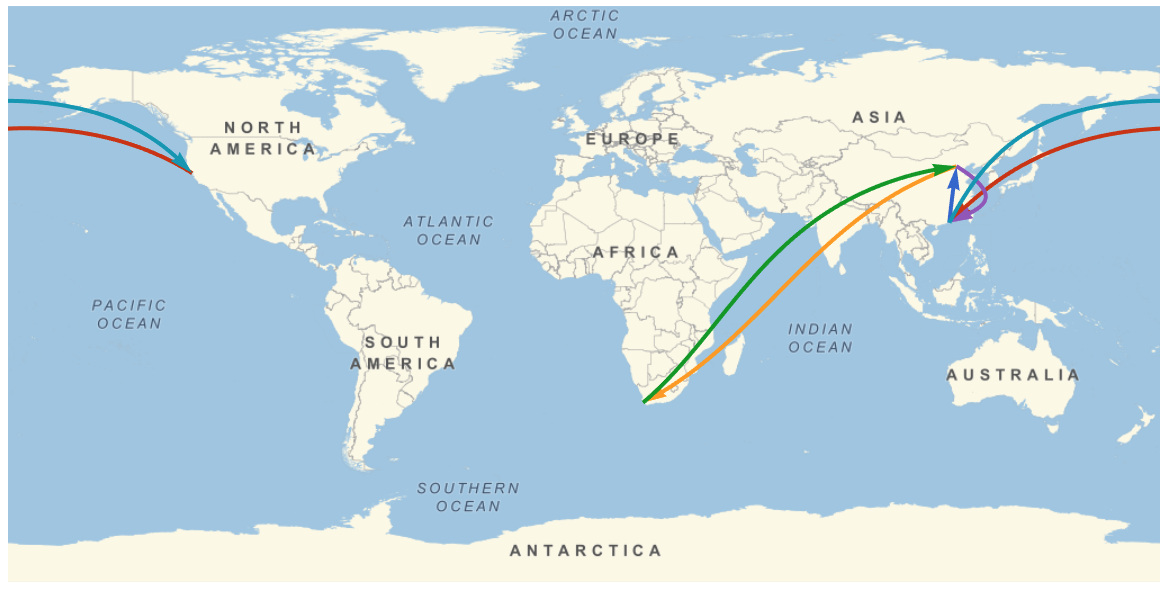 Not the answer you're looking for? Browse other questions tagged graphs-and-networks geographics or ask your own question.

5
StandardForm on Graph edges
11
Can I use GoogleMap or other GPS data in creation of the Graphs?
3
Invisible graph edges
5
Add curved edges to existing Graph
2
World relief map, but only of the landforms
10
Generating different GeoPaths for multiple equivalent segments
9
Combining two world maps