Hoping to find a quick answer to a question of frequency response of multiple band-pass filters in closed loop, I opened up Mathematica,and entered the first set of equations as follows

gave the expected result, as shown in the figure below 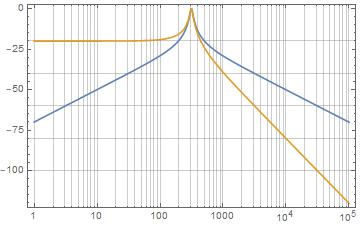 So far so good. I was ready for the next step. Connect two such resonators, sum in-phase outputs and feed them back to the input with negative feedback 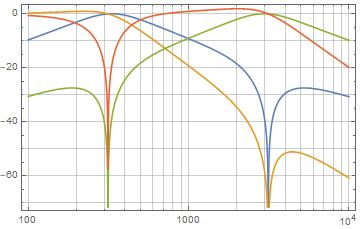 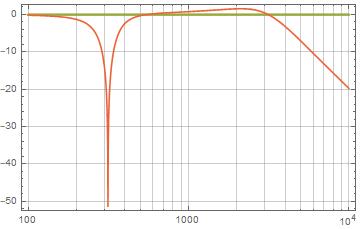 Which gave me complete garbage. I tried several more combinations and each time one (or both) of parameters k1 and k2 were less than 1, the result was wrong.

I tried increasing number of points and RecursionLimit but without improvement. Any suggestions are welcome.

I've installed MMA 10.2 (this was the only version besides 11.2 accessible to me) to try. I got the following result. 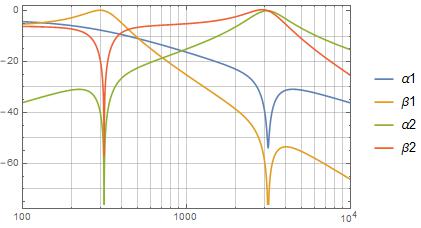 Curiously enough, if I change parameters and plot the following

The following result is obtained 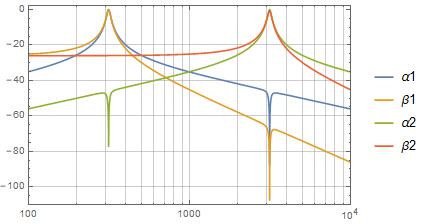 Clearly BodePlot is giving wrong result. I suspect it has to do something with number of initial points. However, I tried changing PlotPoints and MaxRecursion parameters without noticeable effect. 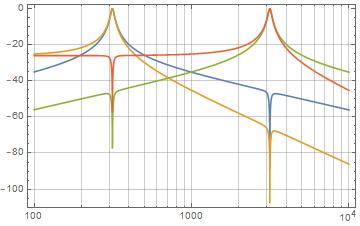 Should this be considered a bug?

Browse other questions tagged plotting control-systems or ask your own question.

2
How to specify range (PlotRange) for BodePlot function?
4
Plotting an implicitly defined function
2
bodeplot phase in normal scale
3
BodePlot of Warburg impedance - Errors
2
BodePlot with magnitude in db or log scale
1
Manual control plots differ from StateResponse and OutputResponse
3
Get the greatest time contant of a system's output given its expression
3
Calculate the Lyapunov exponent for a driven damped spherical pendulum?