I'm getting started with Mathematica, as I have been using Maple in the past. Is it possible to define two variables $\alpha_1, \alpha_2$ and then still use $\alpha$ as a parameter of a function and, for example, plot it.

I have found that I have to use a different variable, such as $\tilde{\alpha}$ for that to work. Any way around that?

On a side note, is it possible to have Mathematica treat an expression such as $a_b$ as one variable, but still understand subscripts on other defined variables such as $a_1, a_2, …$? I understand that the Symbolize package is used for that, but did not quite get how to symbolize only specific expressions.

I apologize for my lack of deeper understanding in Mathematica, but that's what you get when you use something as soothing to the eye as Maple ;) 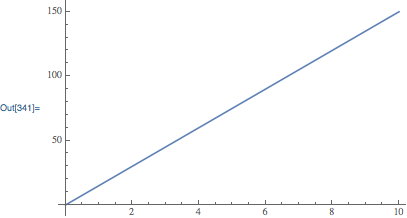 Can you explain why you need to treat $a_b$ as one variable?

Not the answer you're looking for? Browse other questions tagged plotting equation-solving variable-definitions symbols custom-notation or ask your own question.

11
Why is `D[a[b][c],a[b]]` equal to `1[c]`?
5
Running out of variables
1
About Symbolize and Variables
2
How to solve nonlinear equations involving integrals
1
plot for complex equation: why is Mathematica plot different from Maple plot?
1
Using TeXForm for subscripted variables
3
Symbolized, Subscripted Variable Doesn't Look Pretty