On the course of addressing question 181974, I encountered the following problem. 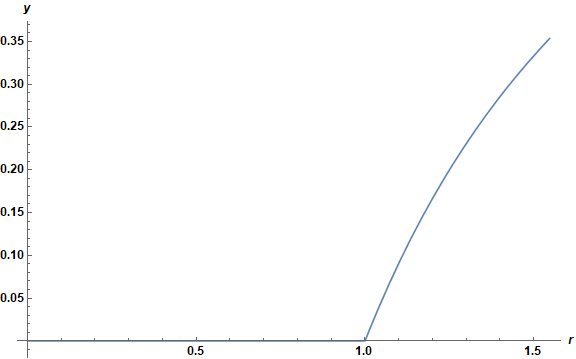 which visibly is incorrect, because y'[R] == 0 is far from being satisfied. Moreover, this error is robust in that NDSolve yields the same solution for all credible initial guesses for y[ϵ] that I have tried. Interestingly, y[ϵ] == 0, as in the plot, would be correct, if the jump condition in y'[r] at r == 1 were not included. So, my question is, have I made an error? And, if not, is this a bug? For completeness, the correct solution is 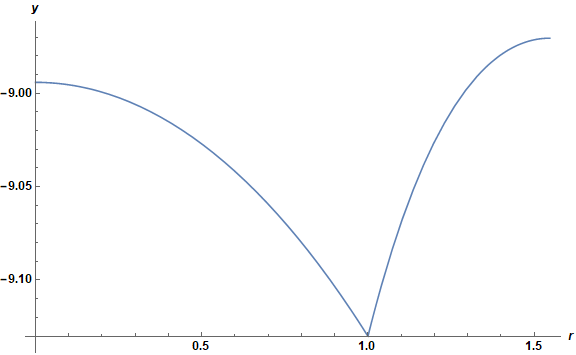 In comments below, Alex Trounov observed that NDSolve also gives an incorrect result for the linearized version of the ODE, y''[r] + 2 y'[r]/r == k2 y[r]. (The plotted result is nearly identical to the first figure above.) For completeness, the correct result is 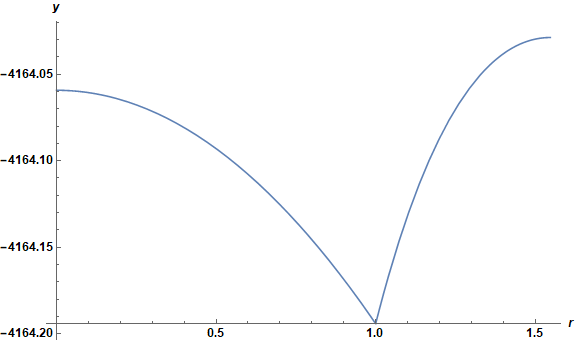 The linearized ODE also can be solved symbolically, and I have done so.

Plotting this expression again yields a plot nearly identical to the first one in this question. In other words, DSolve also yields the same wrong answer! To obtain the correct symbolic answer, begin by noting that the solution of the ODE without boundary conditions is of the form, c1 Sinh[Sqrt[k] r]/r + c2 Cosh[Sqrt[k] r]/r, as can be verified by,

so that it is not singular at the origin. The solution for 1 < r < rmax is

Consequently, the complete symbolic solution is

which is a bit long to reproduce here. Plotting it yields a figure identical to that immediately above. In conclusion, neither DSolve nor NDSolve is able to solve this relatively simple problem, in both cases returning essentially the same wrong answer. Certainly, this is a bug. I would welcome the perspectives of others.