I am currently trying to simulate relaxation of a protein population while maintaining the stochastic properties of the system. For this, I used a Markov chain to describe the temporal evolution of every member of this system:

Now I simulate this system 100 times

This takes at least 15 minutes in my computer (4 kernels running). I would like to make this process faster if its posible since I want to run it for longer times and more processes

The idea is to obtain the mean of the traces and the variance, as shown here. 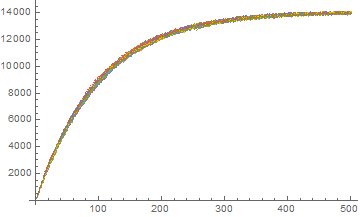 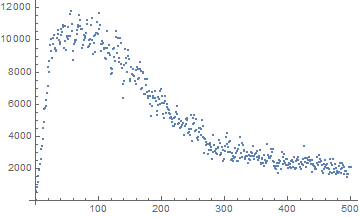 Moreover, it is a bit faster to perform the replacement of observables with Part. So, my implementation of traces looks like this:

Now we can simulate 100 meanobs in the following way. Notice that I use ParallelTable only for the most outer loop; this is often beneficial.

Instead of 15 minutes, this takes only about 7 seconds on my notebooks's Haswell Quad Core CPU.

In general, ParallelTable can also slow things down when applied at a too deep looping level or in situations where computations cannot be split into sufficiently many independent parts.

I essentially derive a second distribution - without a need for stochastic modelling - from DiscreteMarkovProcess timeslices according to your state to value mappings, and simply use Mean and Variance on it. I skip scaling by 5000 here, as it seems somewhat an arbitrary multiplier for the problem at hand. That is, I perform the computation of these values symbolically instead of through simulation: 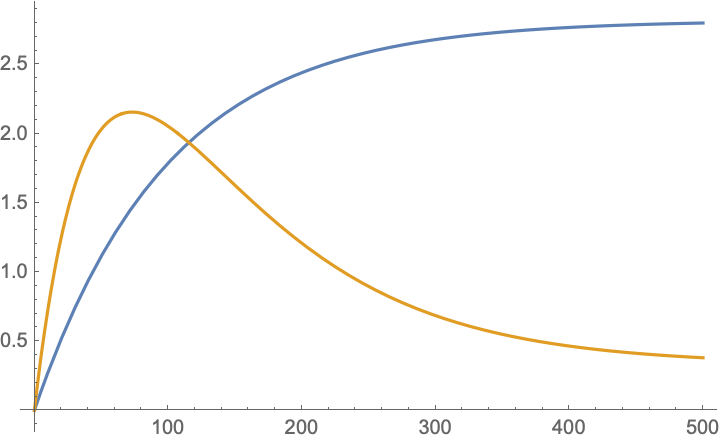 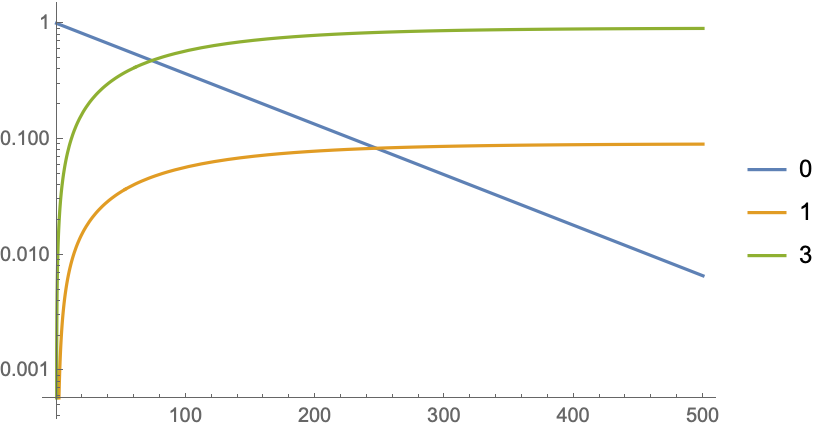 In order this code to work values must consist only of integers, although one might assume at least rationals to work. (Oddly enough, only step value of 1 on a ProbabilityDistribution of this form would seem to work with functions taking probability functions as arguments. A workaround with GCD and TransformedDistribution would seem to work, but I'm not including it to further complicate this answer. This seems like a bug; I reported it under CASE:4156809.)

In general, Mathematica is not always the best tool for this type of simulation. That said, you do not need to compute sample paths to compute the mean or variance.

In your case, with your weighting of the state space, you can do this like:

Both of these could be made more efficient by using the previous iterate of the matrix power to compute the next one, but since $P$ is small these commands run instantly and so efficiency is not of concern.

With regards to your code:

It looks like you compute the mean 500 traces, and plot 100 of these. Do you mean to compute these 100 quantities, or did you want a single one? When I run your code my plot of meanobs only goes up to a bit above 2.5. I'm not sure why your plot has such large numbers.

You also use the replacement after computing the chain. You could permute the entries of the probability transition matrix ahead of time to avoid this and save a bit of computation.

Not the answer you're looking for? Browse other questions tagged performance-tuning probability-or-statistics random stochastic-calculus markov-chains or ask your own question.

1
Help to extend this evaluation!