Forgive me if this is answered elsewhere; I was unable to find this specific issue.

For ListStreamDensityPlot, there are three options for PlotRange, which I understand to be the 'x' range, the 'y' range, and the intensity range for the scalar field. I have data of the following form:

I have two sets of such data. For visualization purposes, I'm using Clip on the velocity norms such that they can only vary between, say, 0 and .15. In something like ReliefPlot, changing this PlotRange changes the color scaling, e.g. a range of {0,.1} would look more varied than if I let the range vary from 0 to .5:

However, I'm not able to replicate this behavior in ListStreamDensityPlot. Here's a kind of bad example that I'm sure could be constructed better:

Create a list of positions to which {{vx,vy},v} values will be joined:

Join the two lists together:

which is the form we want. Now, because the maximum x and y velocities were capped at .1, the maximum norm should be ~.14. However, when changing the PlotRange, it doesn't seem to have any effect on the coloring: 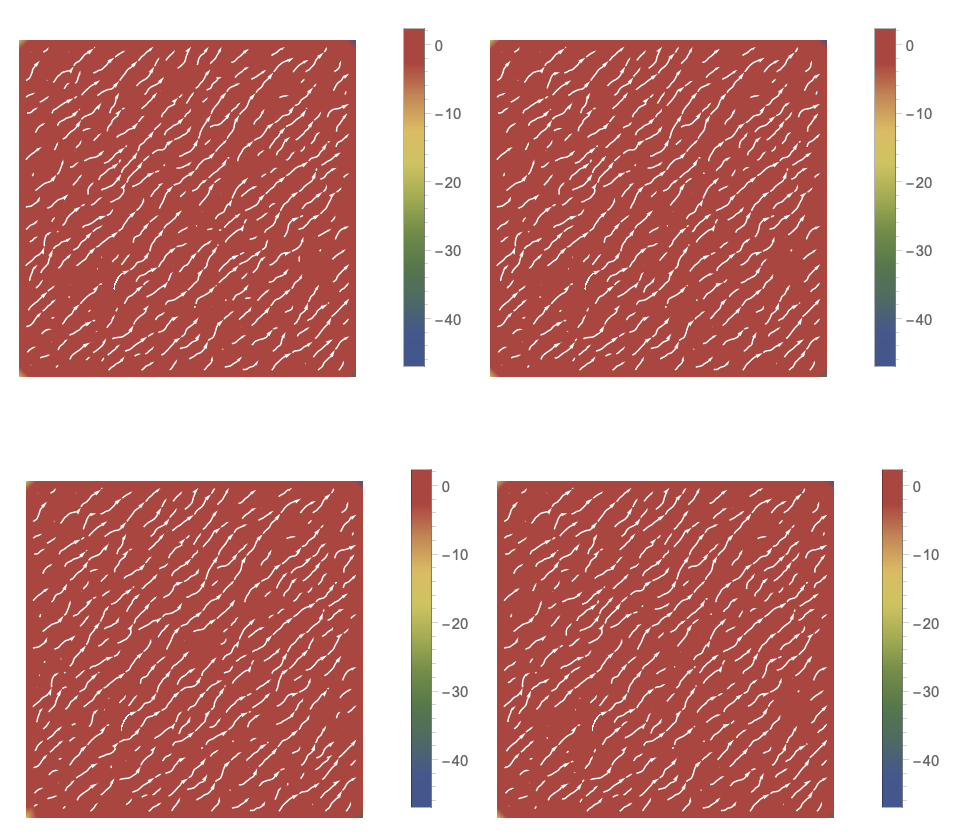 And now that I do this, I'm seeing something I didn't see in my real data—I have no idea whatsoever why the Automatic BarLegend is going down to -40; I have no sense of where in the data that could even come from. Aside from that, the actual stream plots look identical, and I don't understand why that is.

I suspect that I'm not understanding what quantities are actually represented by the colors here, but I don't see why it would be anything but the scalar field. What's my issue, here? (I'm running v11.3.0.0 on macOS 10.14.)

Firstly, you are using PlotRange incorrectly. Secondly, PlotLegends bar displays the interpolation function, which is used to smooth data. When the data set is small, the bar roughly displays the data itself, and when there are many random data, the interpolation function oscillates not in proportion to the amplitude of the data. All this can be seen on the model, which is given below. 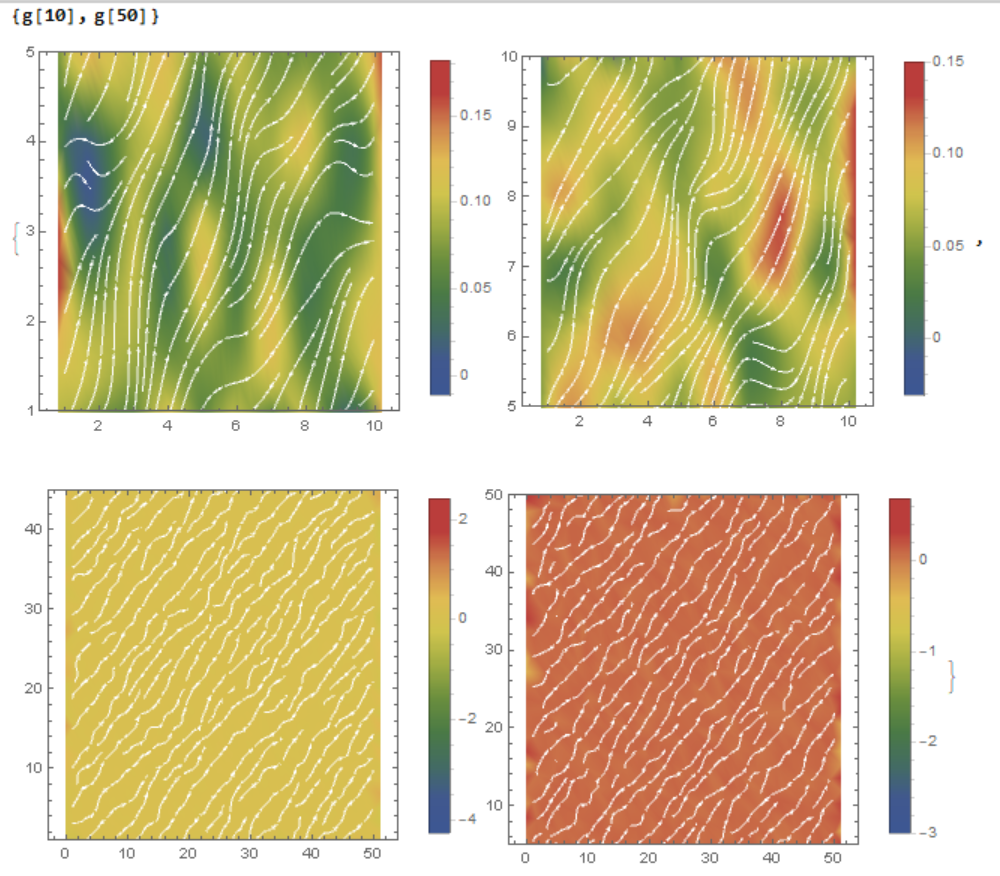 Not the answer you're looking for? Browse other questions tagged plotting visualization or ask your own question.

6
Can I use a custom (Frame)Ticks specification to define the PlotRange?
1
Scaling the x-axis in ListLogLogPlot[] or ListLogPlot[] in lieu of DataRange
2
ListContourPlot is blank
1
Plotting data from multiple text files
3
SmoothHistogram3D with a ColorFunction representing z-values of the data set
5
PlotRange truncates data in the y direction but not in the x. Why?
7
PlotRange in DensityPlot
0
Plot extends beyond given range
1
VectorScaling on VectorPlot produces vectors of wrong length