I am trying to import some financial data exported from Excel. You can find the relevant file here : Text File or CSV File

This is what the data looks like in Excel : 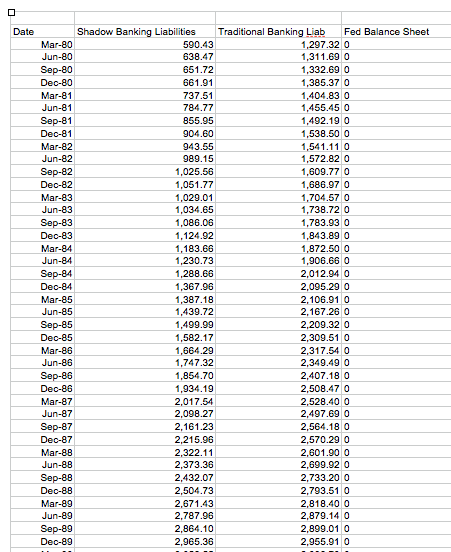 Using the following code to import :

I have the following problem:

While I can Change to expression each element,

I can't get it all right including the dates...

What is the right way to Import[] those files ? Or Export[] them in the first place?

Overall, your data is just badly formatted. For instance, later in the list your dates look similar to "3-Mar" which is interpreted as the third of March not March 2003, as you intended. For the most part, this is not your fault, but Excel arbitrarily formats data, and you have to be vigilant that it doesn't misinterpret it. Towards that end, I've rewritten my answer to work around the misformatting.

First things first, your numeric data is formatted with commas, so we need to get rid of them.

Second, your dates, as I said above, are misformatted. The code, below, splits the date at "-", checks if the numeric part has length 1 and prepends it with a "0" if it does, sorts the two strings by length, reverses the sort, and puts them back together with "-" between.

Now, I strip off the header from the list

and using the helper functions, I fix all of the data:

Assuming I understand correctly your question, here's what I would do: First, let's assign the second column to a variable a=BankShadowFed[[All,2]]. Now let's remove every , from the numbers in the list, using aa=StringReplace[a, "," -> ""].

We have a list of strings, which we can now turn into a list of expressions using aaa=Table[ToExpression[aa[[i]]], {i, 2, Length[aa]}]. This can now be plotted using ListPlot[aaa] to give 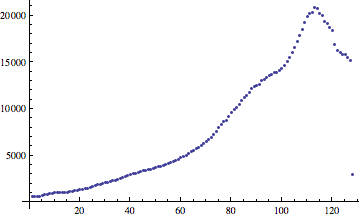 Of course, you can do this for every column, and re-create a table from scratch. I hope this was useful. If not, precise your question!

Not the answer you're looking for? Browse other questions tagged import text excel or ask your own question.