BesselJ[0,x] is a smooth quasiperiodic function. NSolve is able to find all roots in the given range 0<x<50: 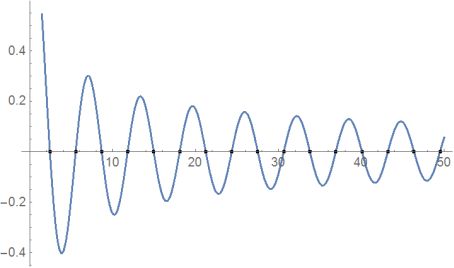 But if I increase the range 0<x<100 NSolve misses many of the expected 32 roots. 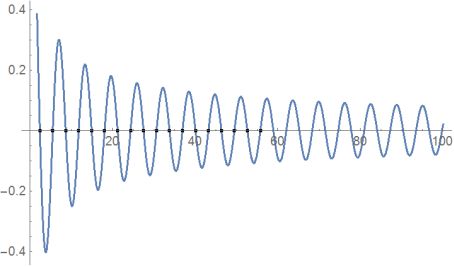 Any idea why NSolve fails? Is there some kind of critical argumentsize x in the definition of BesselJ[0,x]? Thanks! 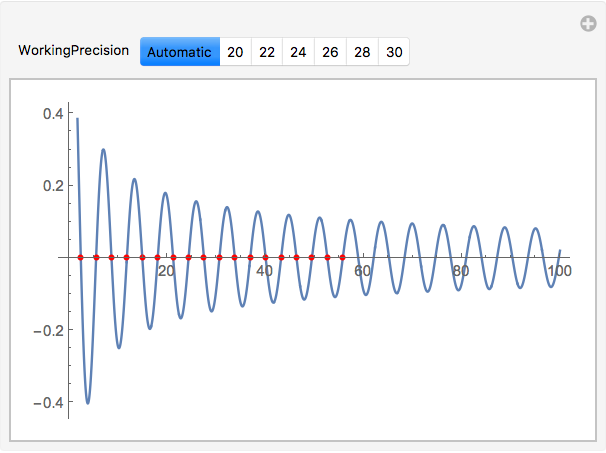 I am not sure if this would qualify as a workaround for what you want to do but this works. 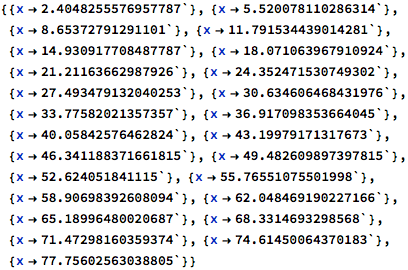 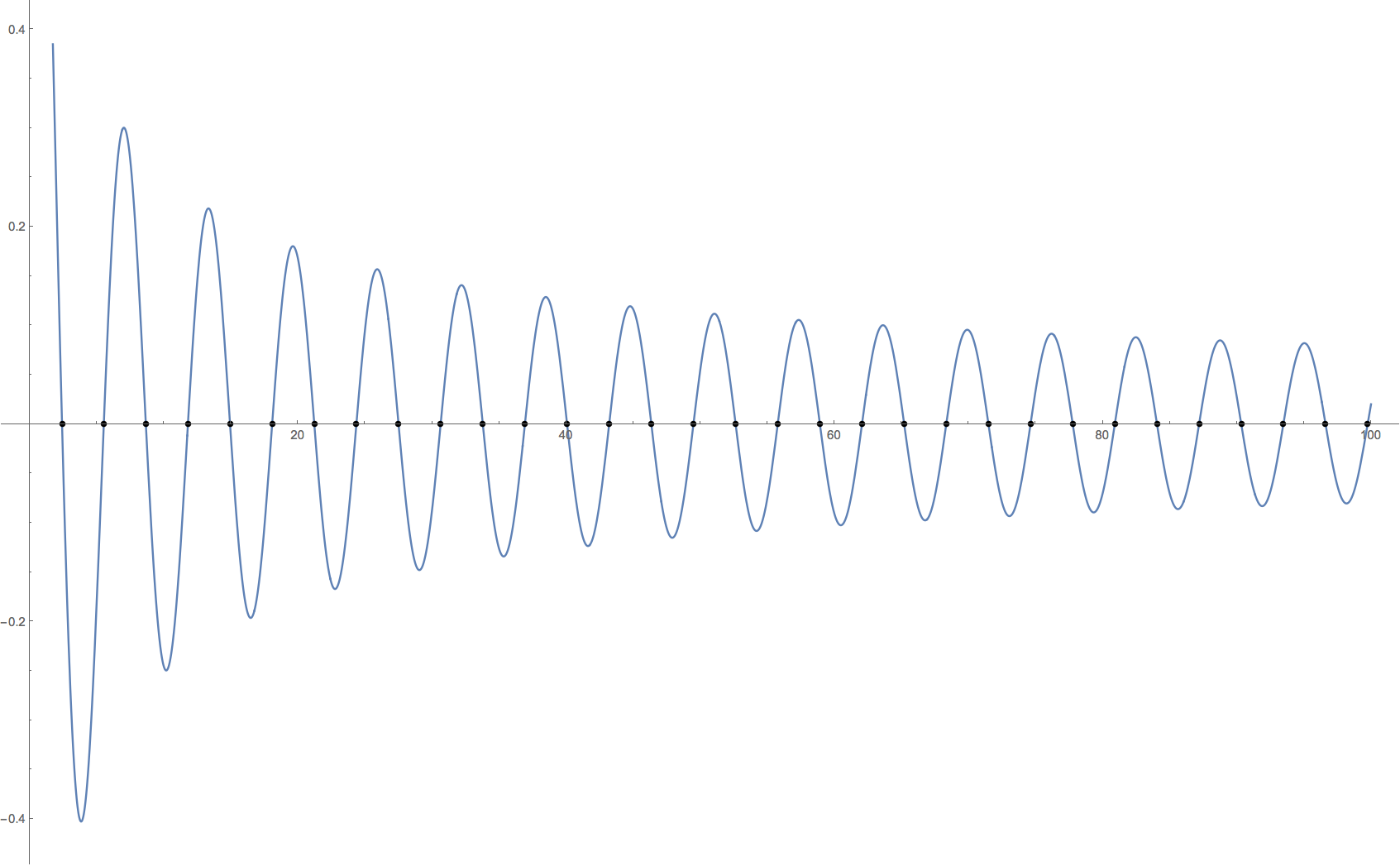 I would like to argue that this is a bug. 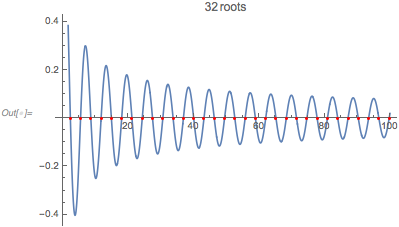 NSolve then set the roots to the arbitrary-precision equivalent of the working precision, which in this case is $MachinePrecision and deletes the value of x for which fn[x] is nonzero: 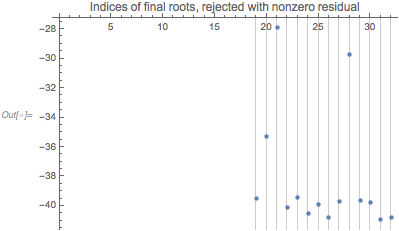 5
Inverting a Spline-Function (Bezier or BSpline)
0
Solve[polynomial, x, Reals] doesn't get all real roots or correct ones?
0
Why am I getting RootSearch::numb:
4
Is there a way to sort NSolve solution (roots) automatically?
2
How can I more efficiently define a square root with the branch cut along the positive imaginary axis?
1
Plot the critical points of degree $d$ polynomials with zeros randomly chosen in given region
3
Finding a critical point
0
Vectorise NSolve
1
cannot get EvaluationMonitor to output number of iterations taken to find a root