For example, where can I find the red highlighted region? 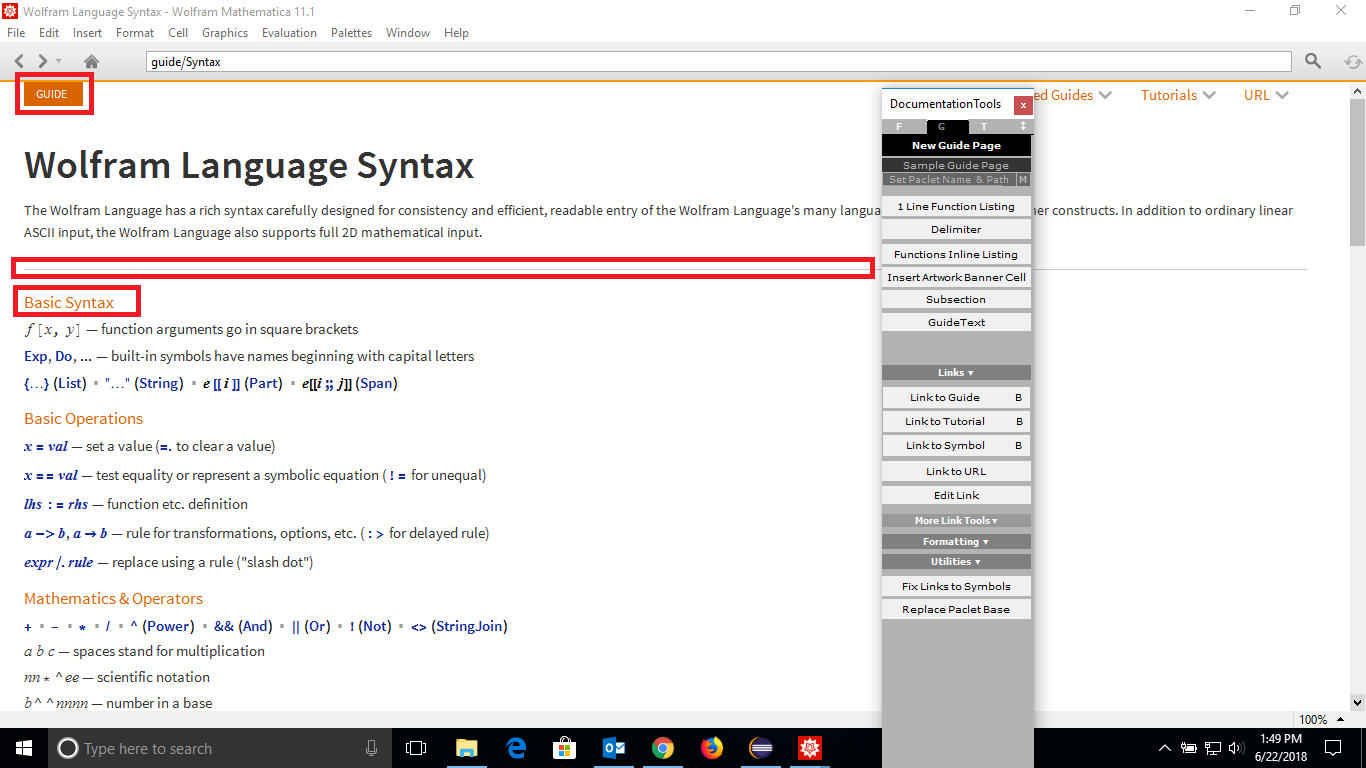 I am getting this kind of section header. Also, I can't get the divider line and the guide title on the page. I suspect there is a newer version of Documentation Tools. 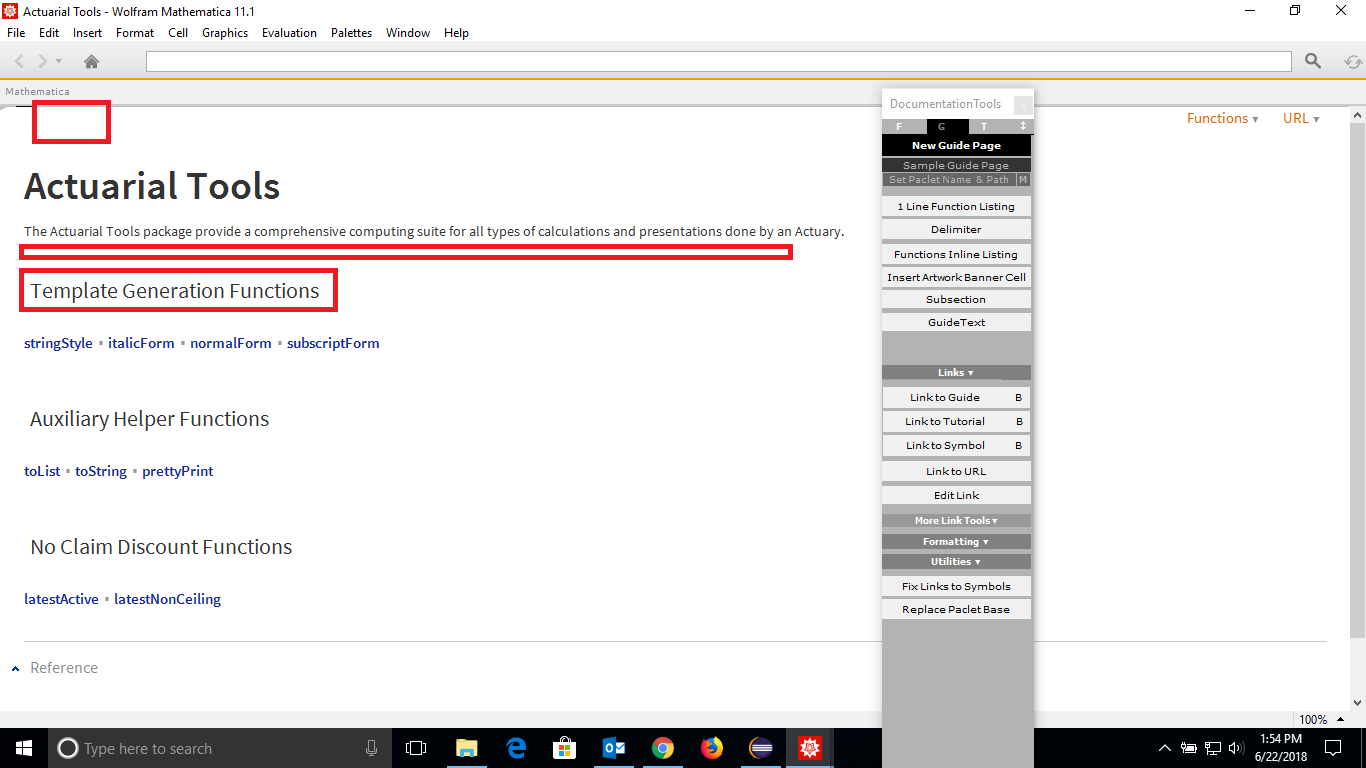 The current version of the Workbench / Documentation Tools still produces the style used in Mathematica 11.0 and earlier.

This style can also be displayed (mostly fine) in Mathematica 11.1 and later. The few problems (such as large font in See Also links) can be corrected by post-processing the generated documentation notebooks (this is what I do for MaTeX). You don't get the latest look, but you can get working documentation that is compatible with many M versions and still looks good.

However, the reverse is not true. At one point Wolfram accidentally pushed a Workbench update, which produced documentation that was not compatible with earlier versions. You can imagine that this is a big problem for anyone who develops Mathematica packages. WRI only needs their documentation generator to work with the latest Mathematica. But any useful package will need to be compatible with some earlier versions too (my impression is that at this point most, or at least a signification portion of, M users don't use the latest version).

Thus I very much hope that when Wolfram releases an update to the Workbench, it will still be capable of producing backwards compatible documentation (or at least make older Workbench versions available).

I'm also using Workbench 10.1.822 (although on a Mac with Mathematica 11.3). Here's a side-by-side of the unprocessed and processed forms of a test guide page I just made: 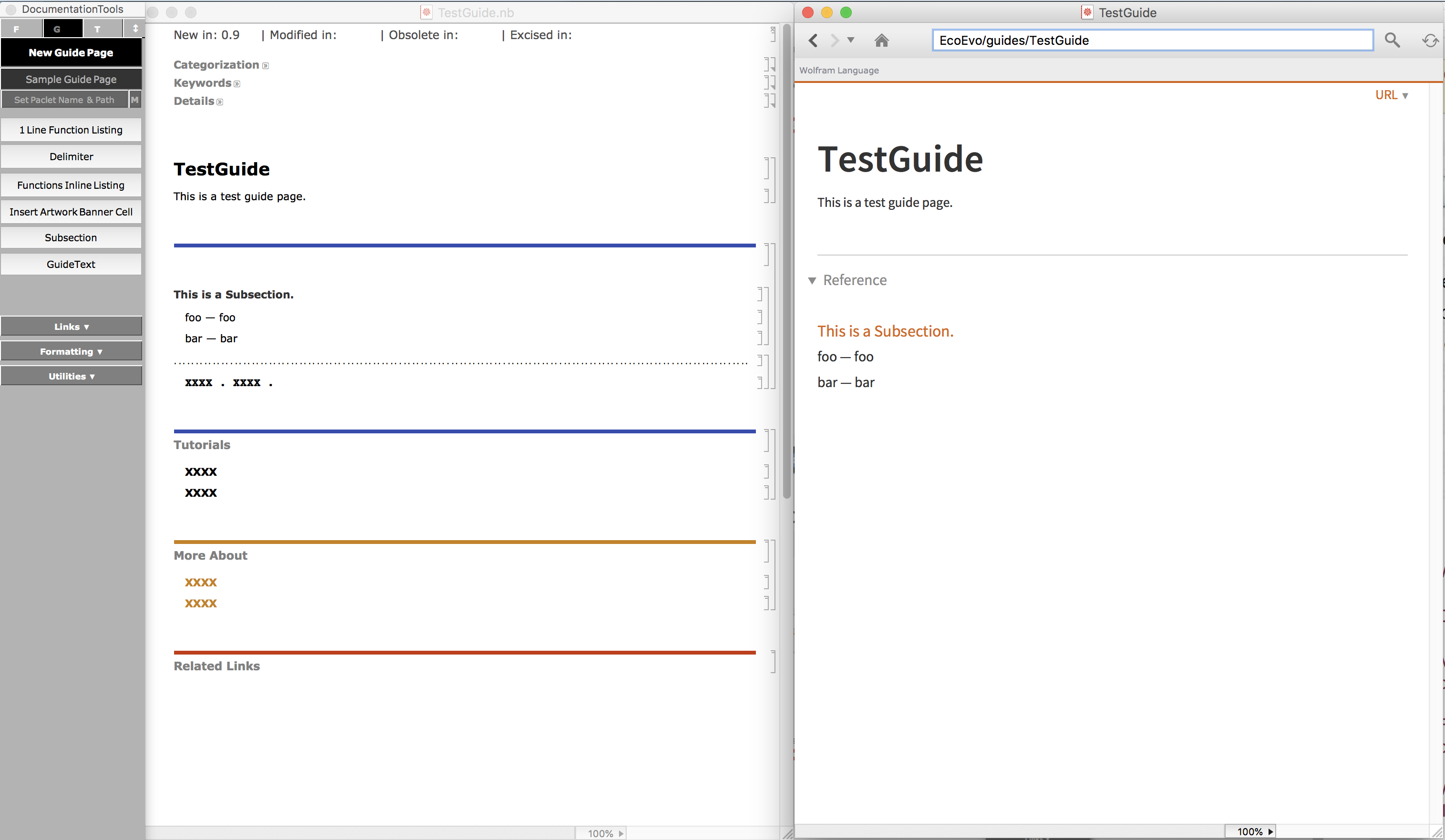 As you can see, I'm also missing the orange "Guide" tab at the top, but I do have the divider line and orange section text, which I made with the "Subsection" button in the DocumentationTools Palette.

Hope this helps you fix at least a couple of your problems.

To get rid of the Reference heading, I replaced the blank blue line with a "Delimiter" from the palette: 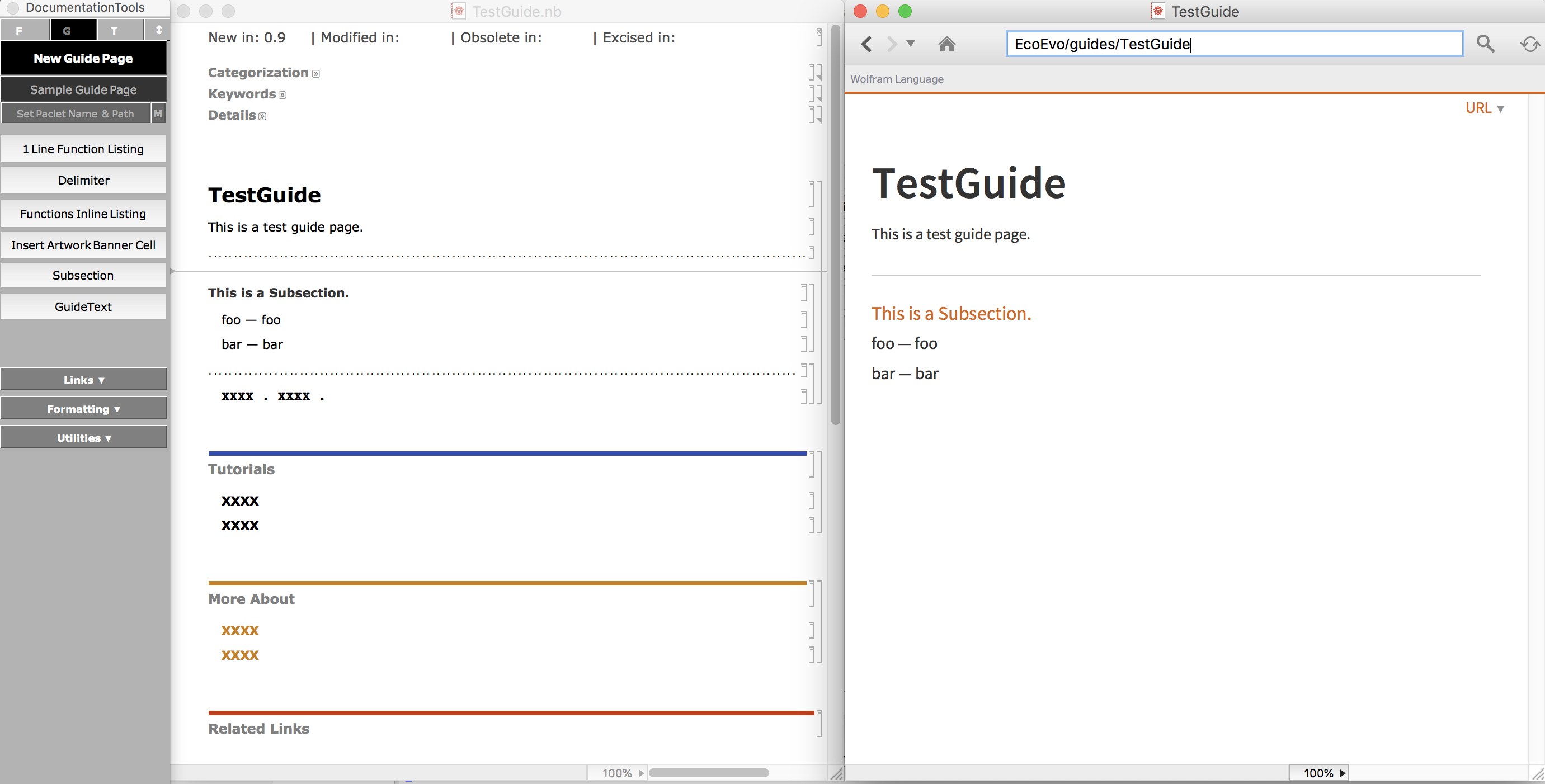 Not the answer you're looking for? Browse other questions tagged documentation workbench or ask your own question.

8
Fixing links to symbol pages with special characters made with Workbench
8
Documention no longer builds in Workbench
12
How to add example links to documentation pages?
20
How to Develop Paclets in Workbench Considering the Recent Changes in PacletInfo.wl Format and Supporting Functions?