How to force Mathematica to show the plots in one row? [closed]

Consider we have two different plot commands in Mathematica. In the output there are one plot and another one below. But I want the output to be organized in one row: on the left there is one plot, while on the right there is another plot. Is there any way to do this?

I often use this kind of code : 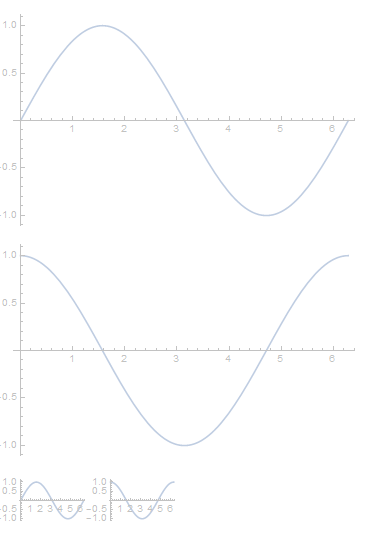 Not the answer you're looking for? Browse other questions tagged plotting output-formatting or ask your own question.

30
Plot Option Precedence while combining Plots with Show[]
3
Force VectorPlot3D to show One arrow
8
How to align two overlayed plots, one being rotated?
2
Plot a one-dimensional list of numbers as a column/row of labeled colored squares
1
Problem when customizing frame ticks
3
How to force Mathematica to plot the function near zero?
2
Mathematica exporting issues with Row[]