How to anchor a Pane's scroll position to the bottom?

Suppose I have a Pane containing some dynamic text, for example that is being updated by a logging function.

I want this pane to remain scrolled to the bottom so that I can always see the last line of text. I tried setting ScrollPosition -> {0, Infinity} (or to {0, Full}, or to {0, All}), which would be a possible interface to achieve this, but neither of these work.

I was busy exploring this problem on my own for some time now, and was not satisfied with any of the answers. They both work for some extent, but, concerning Szabolcs's answer, I would like to avoid image-processing and in case of Mr.Wizard's answer there are slight problems with it during startup (see comments) and it breaks down when the scroll position is defined as a dynamic variable itself. Thus I set out to find a better solution.

First, I want to clearly state the problem (at least what my problem was originally): given a Pane that listens to a dynamic variable text, I have to update it such that whenever text changes by a controller (e.g. a button), the Pane is automatically scrolled down to the actual end of content. But I also want to keep both the manipulable scrollbar of the Pane and the possibility to manipulate the vertical scroll position pos via another external controler (e.g. a slider). Thus the resulting Pane must be updated differently, depending on whether text or pos triggers an update.

I present two solutions, the second one being the better one in my opinion. For both cases, I exploit the fact that if the initial vertical scroll position value (pos) is set large enough, Mathematica automatically finds and sets the scroll position to the end of content.

1. Injecting code in the external controller

The simpler method is to separate the different updates by assigning them to the external controllers. Here, a button is provided that updates text externally (external to the dynamic Pane object), but it also directly redraws the Pane to find the end-of-content position.

Note that updating text via the button or via the scrollbar correctly updates pane and pos. The only problem here is that one has to manually put the pane = update[] code into the controller, which is unwanted (at least in my case), as one only wants to change text via the button.

The beautiful answer by @Leonid provides a method to selectively separate different update methods of a dynamic expression depending on which "parent" variable triggers an update.

(The "<" character indicates the end of newly added content.)

First, a trigger is set up in the final line, that listens to whether text or pos is changed. If only pos is changed, then the resulting expression becomes Dynamic[pane], updating the vertical scroll position as required. However, if text is changed, then trigger triggers and update[] kicks in, redrawing the whole Pane object from scratch, finding and setting the correct end-of-content position.

This is a somewhat hackish, but working possibility: 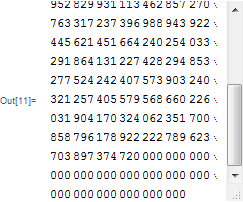 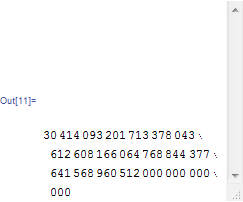 This solution will work even if the pane is resized using the resize grip (but that can be removed using AppearanceElements if needed).

The None in Dynamic was necessary to avoid the system trying to assign a value to Rasterize.

On Windows this scrolls 2 pixels below the lowest position, but this shouldn't cause any problems in practice. (On Windows Pane seems to have some rounding issues.)

There is one obvious error in your code: ScrollBars should be Scrollbars.

You need to put Dynamic outside of Pane so that it is recalculated, and use a sufficiently large value to get to the bottom. 1*^15 should do.

Not the answer you're looking for? Browse other questions tagged front-end dynamic or ask your own question.

4
How to force Pane to always scroll to end of content?
584
Where can I find examples of good Mathematica programming practice?
7
Making large tables easy to read with frozen headings and scrollbars
6
InputField closer to html TextArea experience
5
How to work around Column cutting off a pixel row from images?
6
Alternative updating of a dynamic expression
2
Dynamically updating linked Manipulate variables

16
Can the position of Tooltips be changed?
6
How to access off-cell mouse position inside an EventHandler?
14
How do I remove the top bar and bottom bar from the Students Mathematica window?
33
Is there a shortcut to select all cells above the current cursor position?
5
How can I dynamically display a stream position?
10
The very bottom of CellMargins is missing
4
How could I detect if a notebook is currently the active window?
3
Problem reusing Dynamic variables illustrated by synchronized Panes code