I was revisiting an earlier problem of mine related to designing 3D objects with extruded text for 3D printing. The accepted answer no longer works in V11.3 if a certain subset of letters are used. For example, while this works as expected:

a slight modification results in failure to discretize the graphics.

Working through various pairs of letters, it appears as if BoundaryDiscretizeGraphics fails if neither of the letters contains an annulus (correct math term?). So "AA" and "AC" will both work, but with "CE" and "CD", only the latter text will be rendered properly.

Of the single letter options, only lower case "i" and lower case "j" fail, which somehow makes sense because in these two cases, there exists two regions, neither of which have an annulus.

All of these problems are not present in the 11.2 version on the Raspberry Pi.

While this is primarily a public service announcement, I am looking for suggestions for workarounds to creating letter-shaped regions. My application requires that it work on both traditional desktop platforms as well as the Raspberry Pi, so timing does become a concern.

graphics bugs regions
share|improve this question
edited May 30 '18 at 9:15

I think it is worth reporting this issue to support.

To see what might be going on, try DiscretizeGraphics instead: 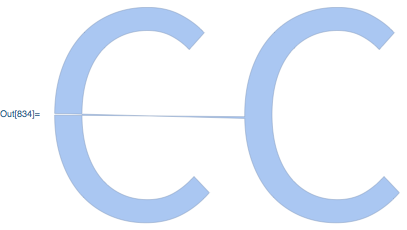 You'll notice that the output appears to be a non-simple polygon, and I think this is why BoundaryDiscretizeGraphics fails to produce a region. To workaround this issue, you can insert a small space between the letters: 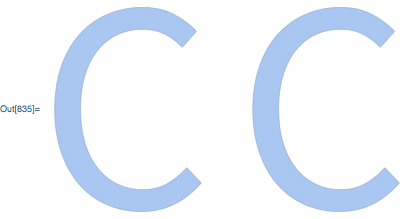 The OP in a comment mentioned that my workaround doesn't help for letters that have disconnected pieces, e.g., "i".

Another possibility for creating a region from letters is to use an ImportString/ExportString round trip to the "PDF" format, which creates a Graphics object, and then discretize the resulting Graphics object. For example:

The output is a Graphics object:

Use BoundaryDiscretizeRegion on this graphics object: 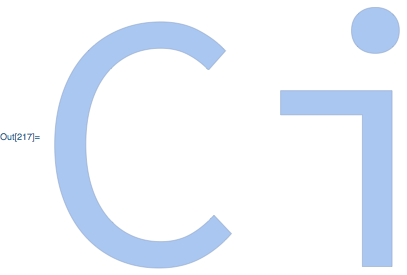 Not the answer you're looking for? Browse other questions tagged graphics bugs regions or ask your own question.