Ignoring the self-contradiction in the title, is there documentation for packages such as Algebra, which probably contains lots of useful functions? (The only one whose functionality I'm familiar with from other question is MatrixPowerMod).

Also, is there a list of other such undocumented packages anywhere?

Finally, at least for Algebra, how can I load it? The usual Needs["Algebra`"] fails.

I assume these things are undocumented because Wolfram doesn't promise to support them in future releases.

packages undocumented
Share
Improve this question
edited May 25, 2020 at 12:38

So first off in general, no. But for some packages this can be circumvented via autogeneration (e.g. what I post here).

This is about the best I can offer: 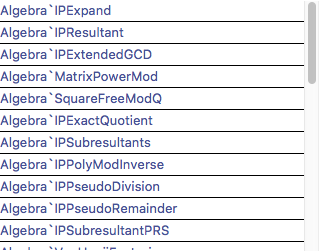 If you click on any of those links you'll see that this is all done at the kernel level without ::usage messages: 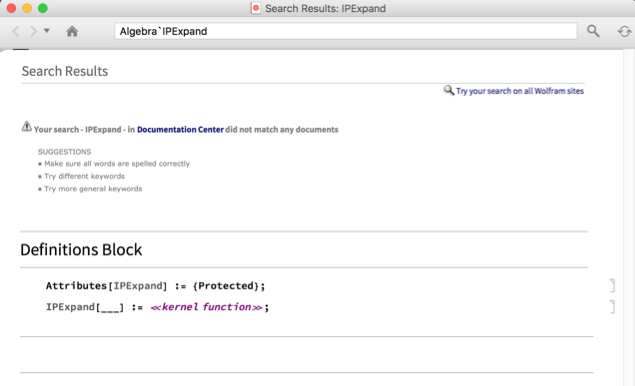 and so autogeneration won't even help here

Not the answer you're looking for? Browse other questions tagged packages undocumented or ask your own question.

31
What is the complete list of valid FrontEnd Packet types?