help example blank in 11.3 under ref/ExclusionsStyle

I only found this one case so far, by chance. 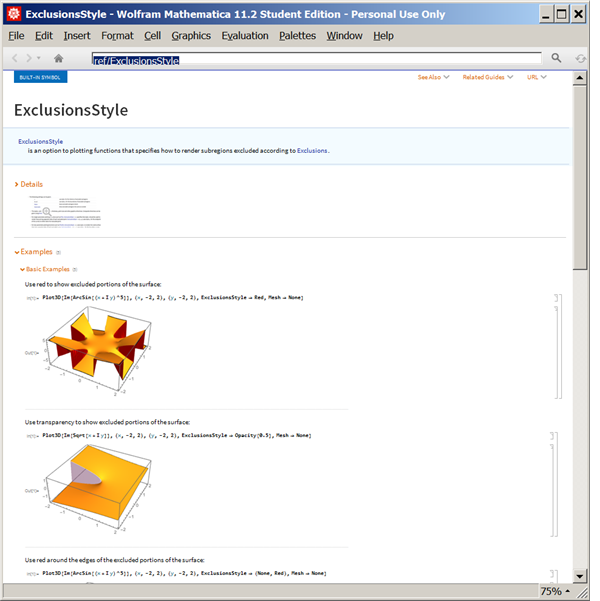 But under 11.3, under same help page, it shows this 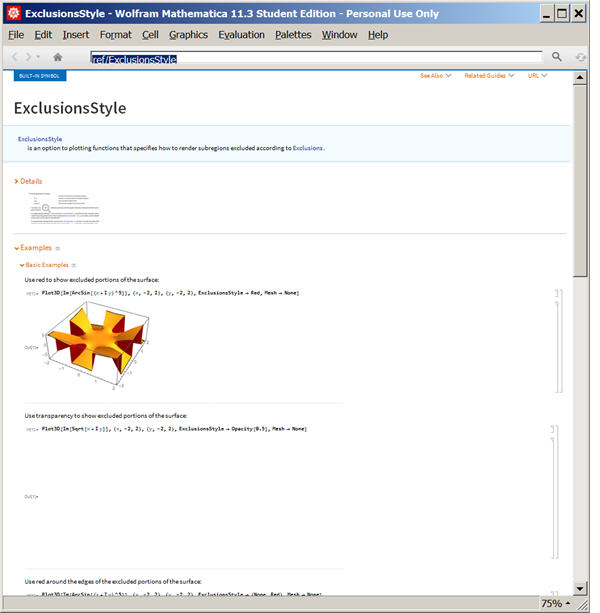 The strange thing is when I evaluate the command, it shows up OK in 11.3. So this only happens when I open the help page first time.

This might be a graphics issue with my system. I am using windows 7, S1, home edition, 64 bit.

Do others see a blank output for this command on their help page on their system?

This comes from a bug we were working on shortly before release. We have a special documentation build which builds the documentation notebooks from source (authoring) notebooks. One of the things this build does is to look for opportunities to convert example outputs to bitmap where doing so would shrink the notebook's file size. Because, yes, the documentation could be much, much bigger than it is now, believe it or not.

Well, some small fraction of 3D graphics began failing the conversions, returning a white bitmap instead. We weren't able to properly diagnose the problem before we shipped, and instead worked around the problem by tweaking the process that opportunistically converts/shrinks the output cells. Apparently we missed at least one.

Subsequent to the release, we think we've now discovered the problem. Specifically, a method we used in rendering 3D graphics was, on certain older Macintosh graphics hardware, capable of exceeding the resources on those cards in such a way as to lead to a catastrophic rendering failure.

This shouldn't prevent you from being able to re-evaluate the example and see the results for yourself, unless perhaps you're running on a Macintosh with the same older graphics hardware that our documentation build machines were using. In the unlikely case that the bug does affect you, I believe you can work around it by disabling 3D graphics antialiasing on your system.

I'm aware this is not an answer; but this is what I see for the documentation center homepage in 11.3 (no way to insert image with a comment): 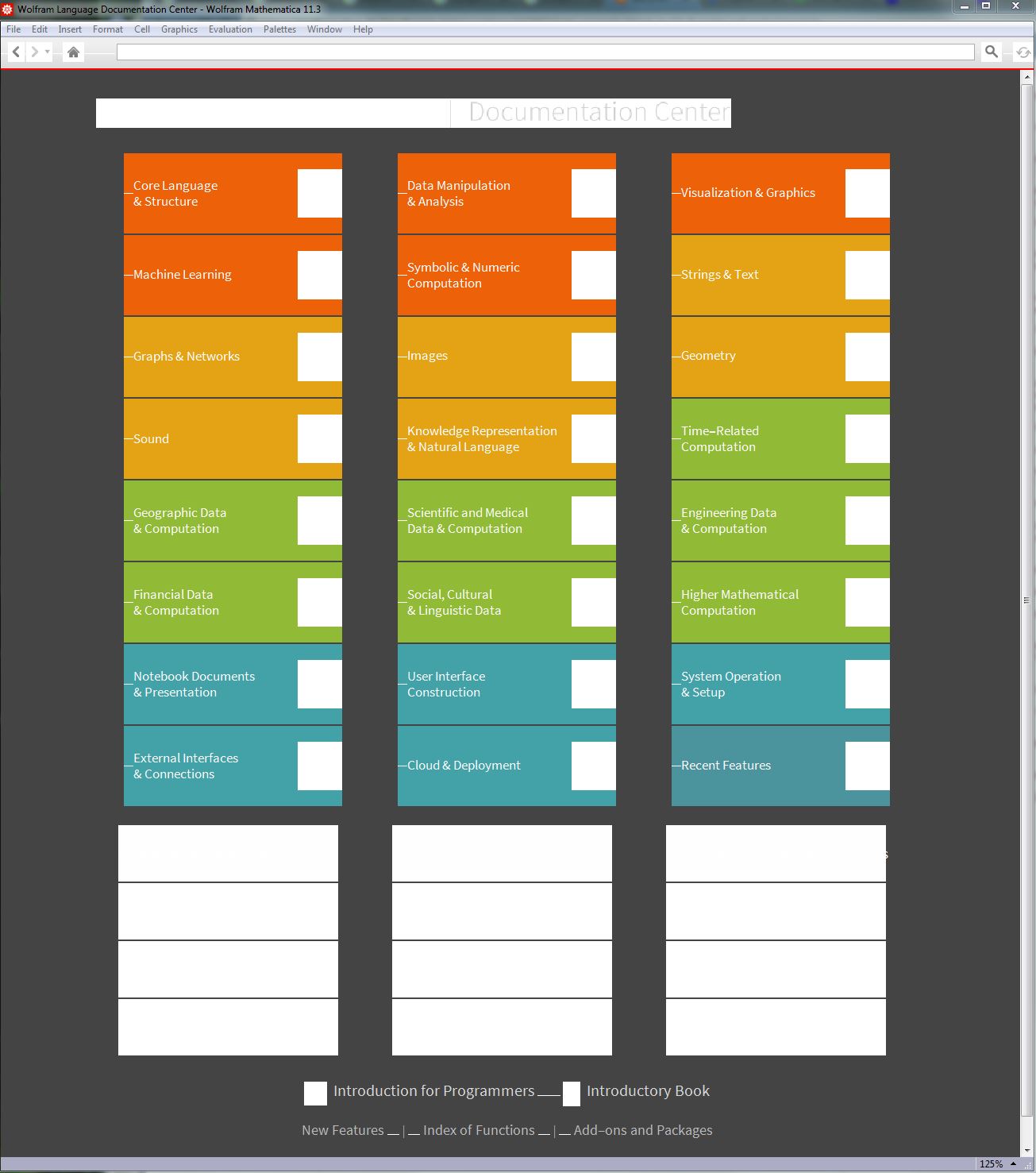 (MMA 11.3 Windows 10 64-bit) Another possibility is that if you look at the file ExclusionsStyle.nb in the documentation directory in a text editor you'll see at lines 2262-2265:

In my opinion that looks to be a tiny ImageCache data entry (Edit: as John explains above it is just a white bitmap.) Anyway maybe something along that line could explain why you initially get a blank output until you evaluate the cell.

Not the answer you're looking for? Browse other questions tagged documentation display or ask your own question.

10
Is the documentation center broken?