FindFaces: how to improve the results of the face recognition feature

In Mathematica 9, the FindFaces command offers an easy way to detect faces. In some experiments, I've been getting reasonable results, but I'd like to know if there are ways to improve the success rate.

As with the online help example, I thought the 1927 Solvay Conference photograph was a good place to start. You can find it on the Wikimedia here, at 3000 by 2171 pixels.

Using these to chop out some passport photographs: 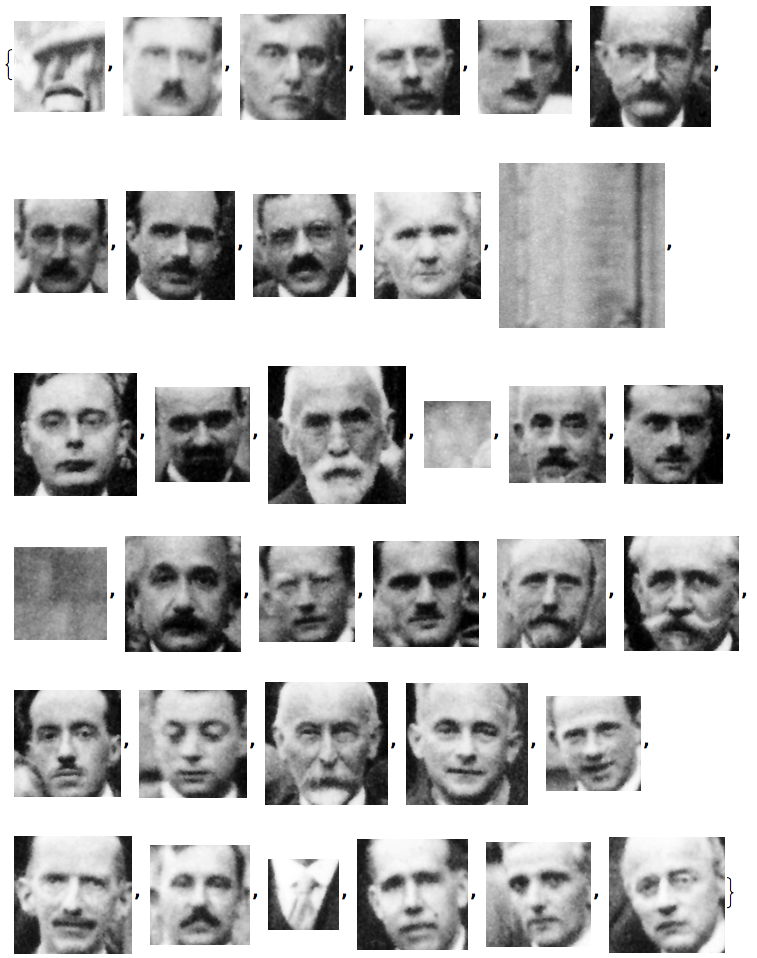 I can get rid of the images that are too large by using the optional minimum and maximum sizes:

But it's still not perfect. (The online help example seems to miss more people than I do, but there are no false positives, unlike my interesting collection of masonry people.

How would I improve these results? Is Mathematica's built-in function capable of better results, or is it just, well, a toy?

The built-in function is certainly capable of different results, using the hidden options "TrainingFile" and "ScaleDecreaseFraction".

Under the hood, Mathematica uses OpenCV for face detection. The algorithm is controlled by information contained in an XML file, the one supplied with Mathematica is located here:

You can download other "trained classifiers" from the OpenCV GitHub repository here.

As well as alternative classifiers for faces, there are also files for detecting various other features, such as eyes, ears, upperbody and so on. These files can be supplied to FindFaces with the "TrainingFile" option. Here are a couple of examples (I have copied the XML files from GitHub into my $UserDocumentsDirectory): 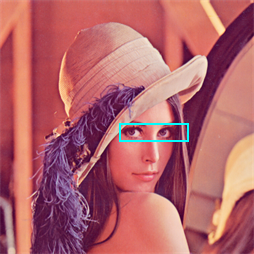 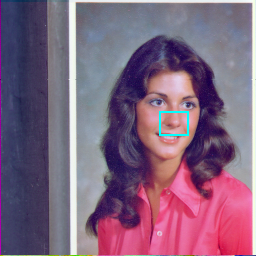 The results often include false positives, they can sometimes be improved with the "ScaleDecreaseFraction" option, which takes a real number between 0 and 1. Unfortunately I don't understand exactly what this option does, so it is a case of trial and error to find a good value.

For example, finding Tiffany's eyes worked well with a value of 0.7 (note that I'm using a classifier for individual eyes here, as opposed to the "eye pair" I used on Lena): 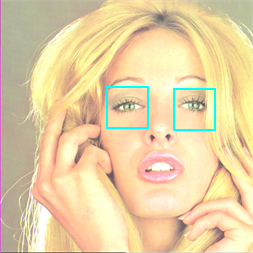 The best I could do with the Solvay Conference image was this: 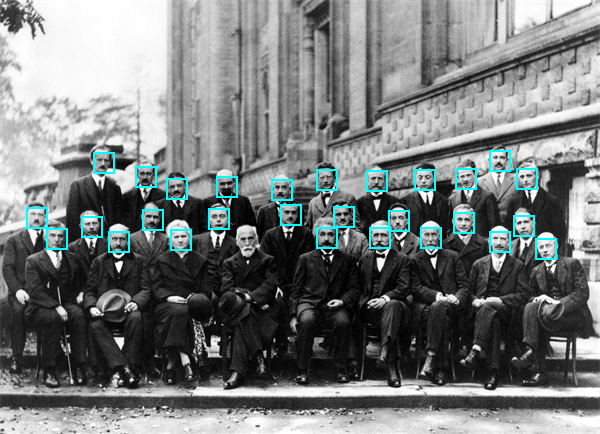 There are no false positives, but the algorithm has failed to find Lorentz (possibly because of the beard?)

I suspect, as Rahul Narain commented, to get perfect results you would have to run the algorithm several times with different parameters and/or image pre-processing, and then do some analysis of the results.

0
Improved version of FindFaces
115
What is the most convenient way to read definitions of in-memory symbols when we don't have the source files? (Spelunking tools)
8
Kernel shut down when use FindFaces with LBP Cascades

12
Why does DominantColors keep shuffling the order of the results?
12
How to improve the accuracy of this Monte Carlo simulation
13
How to generate a cartoon of a face
4
How to highlight the feature edge of an image with draggable select lasso?
6
Create a 3D face from the Shroud of Turin
9
Providing an image or PDF file as an input to the Handwritten Math Recognition Engine
4
How to improve the recognition quality when TextRecognize work on single character
5
Determine the feature size in the picture