Performance of ImageCorrelate with a masked kernel (via custom distance function)

For an image in-painting task (filling in missing regions in an image, see image below; missing region printed red) I'd like to try a template matching approach. 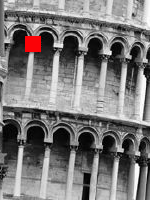 How do I use ImageCorrelate with a kernel that is masked? As far as I am aware there is no build-in way to provide a mask for the kernel. Compare this to openCV's matchTemplate which accepts an optional mask parameter.

As example image/kernel take (found in the documentation of ImageCorrelate): 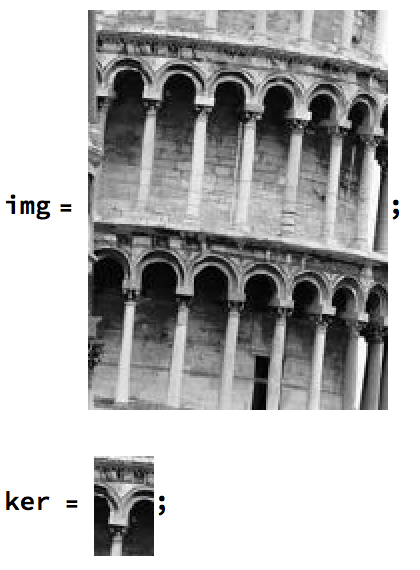 For a mask take for instance 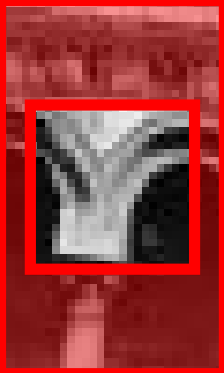 together with a custom distance function

Note that ImageCorrelate passes flat lists of pixel values to it's third argument, not arrays. Hence I flattened mask as well in its definition.

On my machine the first takes 0.4s and the latter 0.005s! Is there a way to speed this up? I already tried compiling my distance function

Browse other questions tagged performance-tuning image-processing computer-vision or ask your own question.

75
Internal`Bag inside Compile
3
Undesired resizing with ImageMultiply and Masking
8
How to apply GradientFilter locally to an image?
1
Speed Up Sampling of Perimeter of Polygon
0
Can performance of image conversion from “Byte” to “Real32” image via lookup table be improved?
5
Recovering Matlab performance scaling via vectorization
2
Signed distance function from grayscale image