Here's my code and output: 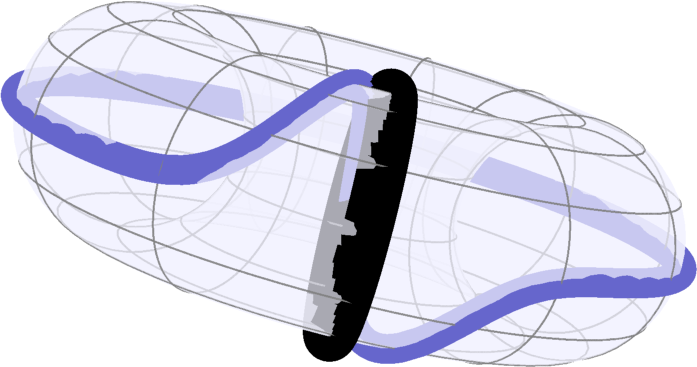 Now I think the problem here is pretty obvious: it looks horrible. The black curve is especially bad, though the blue curve also displays an issue with 'bumpiness'. Here is the kind of output I want to replicate consistently: 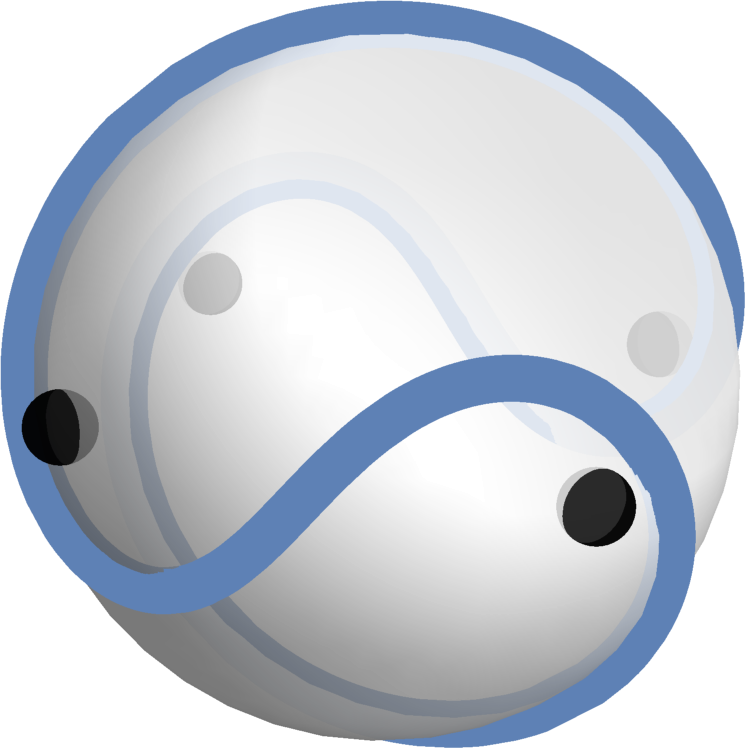 As you can see, the curve intersects the plot but it still looks nice. Having said that, there are still some graphical issues (look around the front-right black spot on the sphere). Here are the things I have tried to achieve the same result with the first plot:

None of these work. The second does alleviate the problem, but it becomes very obvious that the curves don't lie on the surface.

How can I fix this rendering/display error? At the very least, I would like to export these images to PNG without these graphical issues.

post-processing the Lines in the second plot in Show into Tubes:

1
Obtaining Size Of Graphical Objects
2
Plotting vectors and curves on a 3D surface
7
DiscretizeGraphics issues with transformations
1
Generate an array of ParametricPlots
0
Graphical representation of vector equation
9
Why can't Mathematica draw a consistent mesh on a torus?
5
2 issues with ListDensityPlot
1
Avoiding graphical "noise" when combining plots with Show