I have the next figure with inflow and outflow rates: 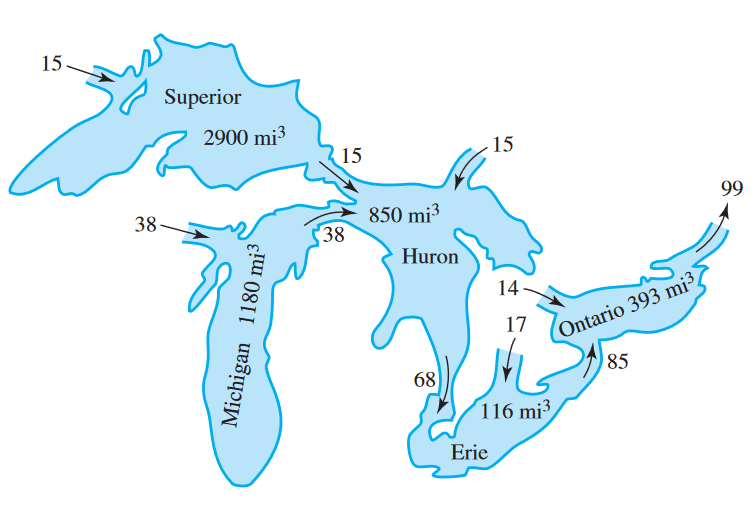 And I need to calculate the time for which the pollution will be 50% from the initial value. Assuming that all lakes have the same pollution concentration p initially. The pollution flows from a lake to another in the chain and only inflows not from a lake are clean water.

I wrote the equations for first 3 lakes:

And to find the time for the first and second equation I used:

And it worked ok, but trying to do the same thing for h[t] takes too much time to compute, and I wonder if my solution is ok.

The problem is that the function h is too complicated for solving it symbolically with Solve. You can use FindRoot to obtain a numerical solution as follows:

By the way: You can also solve the system of differential equations at once; this might get handy for more complicated task, e.g. if there were cyclic dependencies between the seas: