Problems with Manipulate in CloudDeploy

I have written a small program to take in the genotypes of the three color genes expressed in a mating pair of labradors, and output the percentage chance of getting each color in the puppies produced from the pair. It works just like I expect it to within the notebook, but I am having trouble using CloudDeploy.

Here's how it looks in the notebook, and how I want it to work: 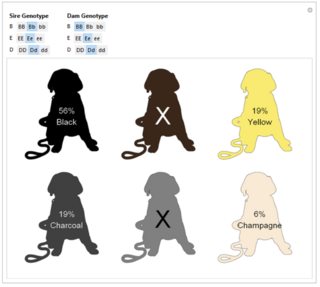 I've tried in both Firefox and Chrome, and I get different problems. When I try in Firefox, it works briefly, then I get this: 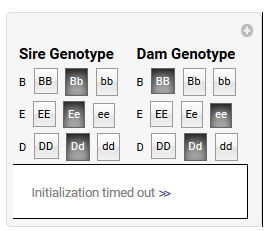 And in Chrome, it almost never loads fully, but even when it does, I get this. It functions in that it recalculates the percentages, but for some reason the images don't work. 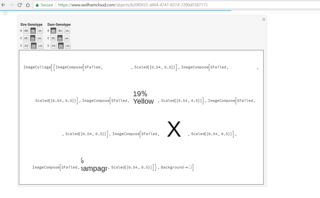 One other difference between Firefox and Chrome is I am signed in to Mathematica on Firefox, but not in Chrome. I have made both the images I uploaded and the CloudDeploy have Permissions->"Public", so they should be showing up either way. If I log out in Firefox, I get the same result I am currently getting in Chrome. (I've also tried it in Edge, which never loads at all.)

Here's a piece of the sample code where I'm loading one of the images:

I can bring up all the images using the link (like the one above), but something odd I noticed is when I copy and paste, it adds an extra forward slash in near the end of the URL:

I have tried changing the permissions to Permissions->{All->{"Read","Interact"}} like I saw in one suggestion, but it didn't change anything for me. I have also tried exporting to HTML, but all I seem to end up with is a blank page. Suggestions? Further questions I need to answer to get appropriate help?

It does not support ControlsPlacement or custom Grids for control specification yet and SetterBar is replaced with PopupMenu at the moment, but at least it works and you know if calculation is ongoing:

To fix the manipulate issue try changing the permissions to:

For testing how the public will see it, try opening it in an "incognito" window.

Not the answer you're looking for? Browse other questions tagged manipulate cloud-deploy or ask your own question.