Bug introduced in 10.4 or earlier and persisting through 11.3

[...] I checked and reproduced your issue, and have passed along a report to our developers on the same [...]

Is this behavior expected? I failed to explain this with documentation, the more that it says:

In other cases, expressions are formatted using InputForm

The problem is the more important that TextString is a default InsertingFunction for a StringTemplate.

The case of HoldForm appears to by design, although the motivation for that design is unclear. HoldForm should thus be listed as one of the special heads listed in the TextString documentation. The case of Hold appears to be an evaluation leak, but maybe it is intentional for symmetry with HoldForm.

A trace of the HoldForm variant suggests that the behaviour is by design. Here are selected evaluations from the trace: 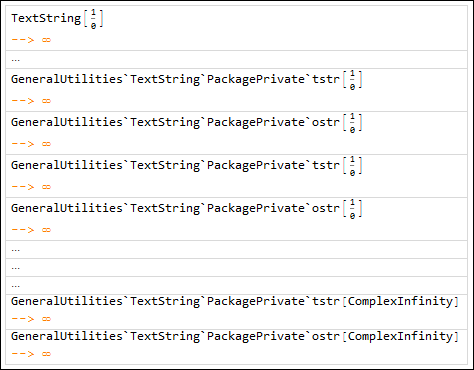 The documentation for TextString lists a number of heads that are treated specially -- apparently HoldForm should be added to that list.

The case of the Hold variant is not so clear. Here is a selective trace: 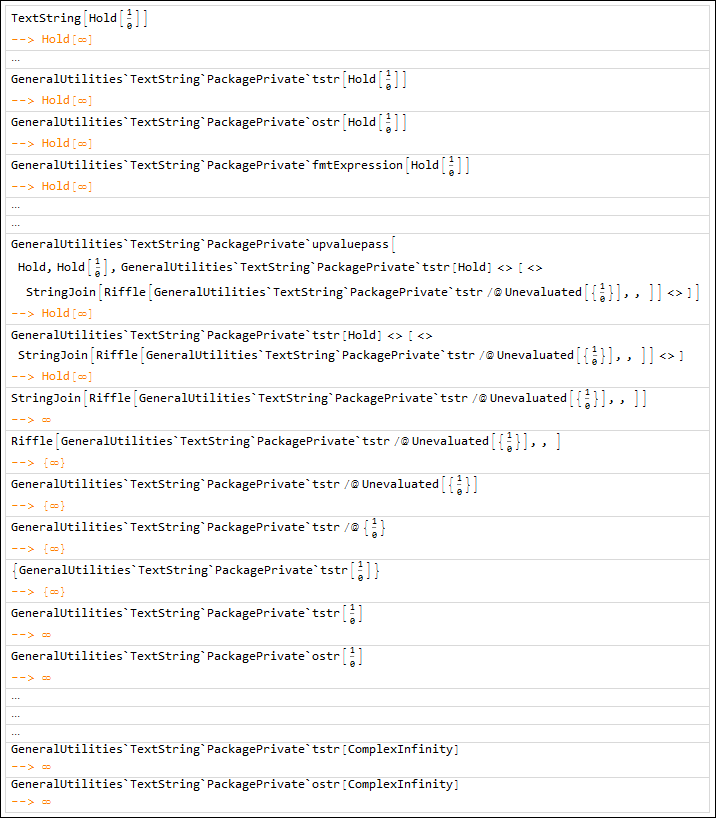 There are no definitions under any of the internal helper functions that explicitly deal with Hold. A close inspection of the trace yields use of Unevaluated, which suggests that some attempt was made to prevent evaluation. But this measure is defeated by later steps.

My guess is that there is an evaluation leak here, but perhaps it is just a happy(?) accident that results in a treatment for Hold that matches that of HoldForm.

Why would HoldForm be stripped when converting an expression to a string? I have no idea. It would seem that the ability to convert unevaluated expressions to strings would be valuable. If it weren't for the explicit definitions on ostr, I would have called this a bug. Now I guess I have to call it an inscrutable design decision.

Not the answer you're looking for? Browse other questions tagged bugs evaluation string-manipulation hold conversion or ask your own question.

9
Transparent bitmaps or graphics in gui objects initially appear wrong
6
Bug in Export - known by Wolfram Support - upper plot margin depends on string length of upper horizontal axis label
10
FilledCurve inside GraphicsComplex doesn't interpret the integers as points
12
CurrentValue and MousePosition do not respect Dynamic's options
5
How to dynamically track changes to an `Association`
9
Clicking on any Line of Code causes Plotted Points to Vanish
7
What's wrong with EmbeddedHTML now?
12
Surprising interaction of DistributeDefinition and ParallelNeeds in 11.3