Repetitive graphing along an arc

For a project of mine, I need to plot so-called "anchor lines" (these probably have a better name that I'm simply not aware of), which consist of a single line and smaller lines drawn on one side at a 45 degree angle. Here's my code snippet from a past project in the same vein with an illustration: 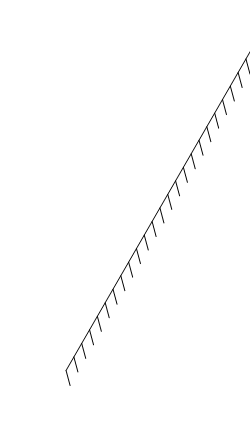 This can most likely use some (a lot) of improvement and I will gladly accept any input. What I need is a way to make a similar arc with an arbitrary angle. I've mulled it over for about an hour and I don't see an approach other than bruteforcing my way interatively through angles (more or less the same approach that led to the mess above). This will probably take me at least twice the amount of code and a couple hours to fine-tune for universal use, as I'll probably use it later on, so I need help with a way to simplify this and create a curve version.

Edit: Example, as requested. x and y are coordinates of the starting point, ang1 is angle of the arc, ang2 is angle between the limiting radii and X axis, ang3 is the alignment angle for the small lines (should be the same for all lines, but, you know, Paint...) 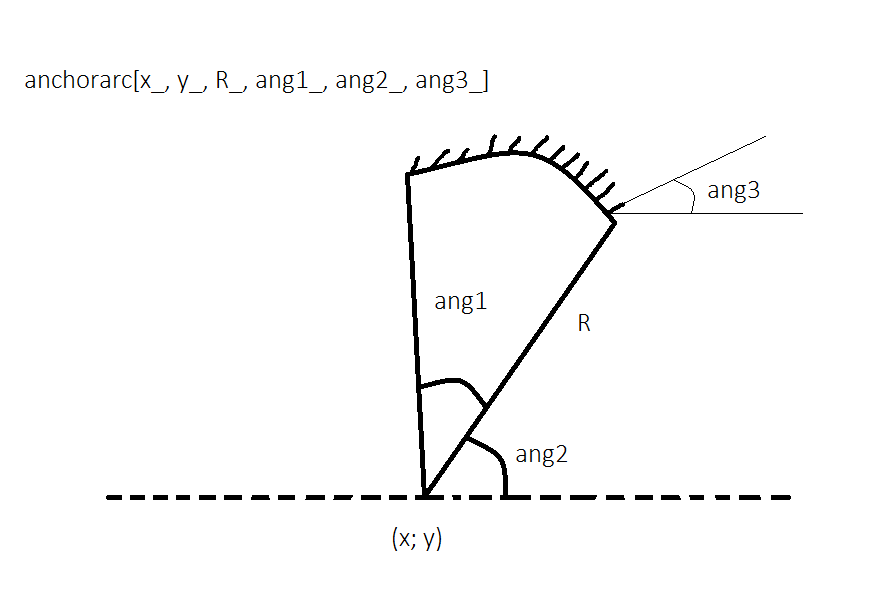 Not too hard to do, tho I changed a few things around so that it jives with the usual syntax for Circle[]:

Update: It turns out (after seeing the new figure in the question) that I hadn't fully understood what it was about. I will let this answer stay however, since the same approach can be used only now line should be a function that generates a circle segment.

Here's one suggestion. We could start by creating a line made up of as many points as you'd like anchor lines: 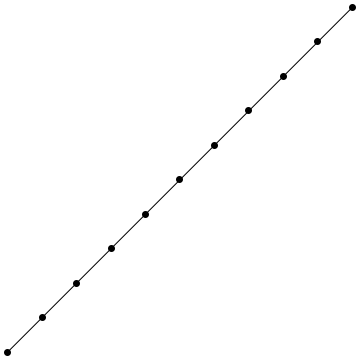 In the above example, I created a line object of the form Line[{pt1, pt2, pt3, ..., pt10}]. The line has the specified length and is drawn at the specified angle with regards to the x-axis.

To add the anchors, we simply need to generate one line element for each of these points. It can be done like this: 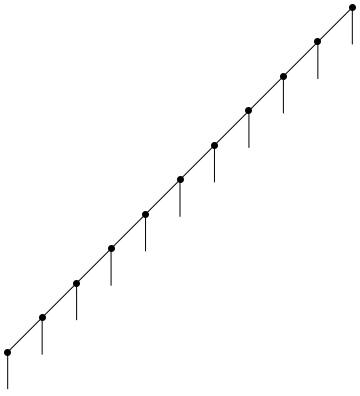 It takes a Line[pts] objects, extracts the points and then uses them to create new lines. It then returns the new line along with the old line. When plotting them all together, we get the desired result.

decorate takes both the angle and the length of the anchor lines. The only problem as I see it is that the angle is given with respect to the x-axis rather than the line, which can be fixed by creating a new function like this: 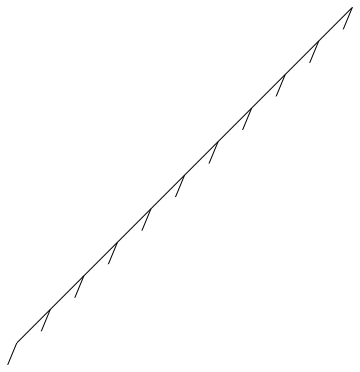 Not the answer you're looking for? Browse other questions tagged graphics geometry or ask your own question.