I want to draw some basic surfaces, export them to PDF and include them in a LaTeX file. I create a simple 3D graphics object, for instance with 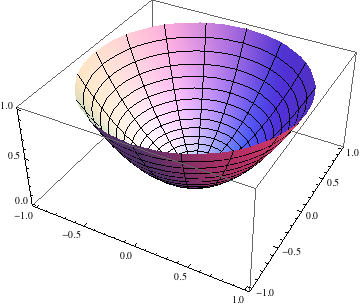 then context-click on the graphics and select Save Graphic As ..., and save it as PDF.

The resulting PDF is 5MB large! When I include it in my LaTeX file it takes a long time to compile and to render in a PDF viewer.

I know that I can save it in another format such as PNG to get the file size down (in this case all the way to 33KB). But I'd prefer a vector format because my final product will be PDF. Are there some options to the Export[] command which might reduce the number of colors and make the exported file smaller?

This uses vectors for simple graphics, but produces a high resolution rasterized image if the plot becomes too complicated.

Before you step into the same traps I once stepped, let me point out some key-points. First of all two things: 1. although I spend some time digging in the subject, my knowledge is far from being complete, keep this in mind. 2. as everyone else around here, I would really like to have a fast, good-looking export of vector graphics too. Unfortunately, we have none of those properties currently. Here are some issues I spend some time investigating: 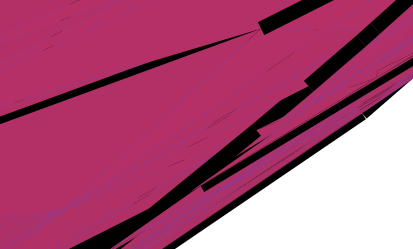 Idea for a solution

The main-idea is, that while I see the requirement for included text to be in vector-format, for the surface with its smooth lighting and color-gradients it would be enough to have a high-resolution raster image. So maybe we can extract them, transform the surface and put it back together, but how to do it? Like everywhere in science you can easily use the results of smart people who where kind enough to share the knowledge. So please look at the references.

The next step is to take the Graphics3D and use only the surface without the axes and the box. Since we are rasterizing this graphics anyway, we could in this step smooth out hard edges and supress aliasing effects. A very simple an nice approach was given by @Szabolcs: 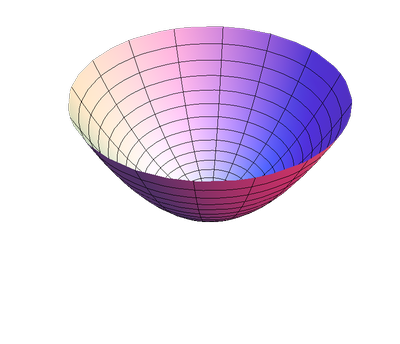 After having the surface as image you can use Inset to put it back into the graphics. Please note, that Background->None in the antialiasing function makes the white background transparent and therefore it works so nicely with the axes. 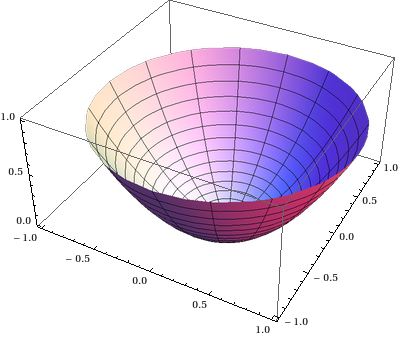 What you should not now is, that the axes are vector-graphics while the rest is a raster-graphics; 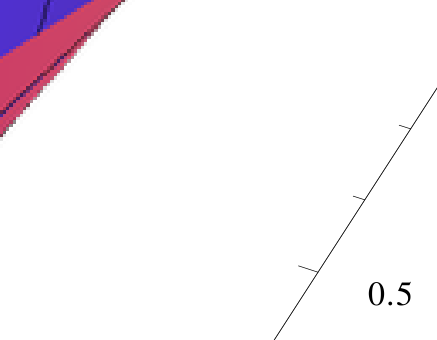 For 3D graphics, I truly don't think it's worth the effort to attempt exporting as vector graphics. The valiant attempts to keep at least the axes and labels as vector graphics are in my opinion not something an everyday user would consider.

With PDF for 3D graphics, you're fighting two problems: not just the file size but also the slow rendering when your PDF reader has to execute a huge computation whenever the page containing the graphic needs to be displayed. The argument for vector graphics is typically that it creates smaller files because the graphic is essentially a program that runs at the time of rendering. But if that program (the PDF) just stupidly enumerates zillions points or polygons to be drawn one by one, you get the worst of both worlds: inefficient data representation with lots of data.

So I would just say: retreat to bitmaps, as Szabolcs was saying. This isn't necessarily a bad thing. Consider the example plot

This takes up 200 MB when exported straight to PDF. If instead I export this with

the file size is a reasonable 170 KB. The pixelated axes can of course be discerned if you look closely -- but so can the imperfections in the 3D plot itself that will always be there due to limited number of polygons.

The actual question was how to export to PDF, so I guess I'll answer it this way:

Unfortunately, this isn't foolproof because Magnifiy stops magnifying when the size exceeds the width of the notebook window! If the window isn't big enough to accomodate the desired magnification, the relative scaling of fonts and graphics will be messed up.

As is discussed in this related question, Magnify will work reliably provided that you specify an explicit value for the ImageSize option of your 3D graphics.

The remaining problem with Magnify is that it doesn't scale up tick marks properly. So I asked myself how to make @Heike's method of rasterization work automatically for Graphics3D without having to think about the resolution and image size every time.

Of course one could write a custom export function, but in some situations it would be convenient if one could modify the standard export behavior for the entire notebook. To do this, one only has to make sure that all Graphics3D automatically contain some part that requires an advanced version of PDF. In particular, this is the case for polygons with vertex colors.

So to achieve rasterization by default, one could initialize the notebook with a statement like this:

This adds an invisible 2D polygon as a Prolog to every Graphics3D that is created in the notebook (edit: I had to explicitly do this for various wrapper functions that create Graphics3D, such as ParametricPlot3D). My rationale is that Prolog isn't likely to be needed for anything else in my 3D plots under normal circumstances. Now when I try the above plot a in a simple export command such as

I get a high-resolution image that's ready for printing.

One workaround I've discovered is to export as SVG, open in Inkscape, and save as PDF. The default parameters there (which I have not explored thoroughly) result in a PDF file size of 324KB.

I suggest exporting to a raster format with high resolution. The ImageResolution option is very useful for controlling the resolution. I wrote a little tutorial on how to export images for LaTeX in this answer (since I would just repeat the same thing here, I am linking to it instead).

Note: High resolution raster images will take up a lot of space, but they are fast to render, and with a high enough resolution they give the same quality in printed documents as vector images. The size of included figures should not influence TeX compilation time significantly.

Another convenient workaround is to export to PDF, reimport the PDF file and export it again. For my files it reduced sizes from 2 MB down to 200 kb.

Edit: Here is an example of an 700kb export. If reimported and reexported, the file size is down to 28k. Quality seems the same to me. Special characters however, like ä or ö from German are not converted correctly though. If anybody has an idea on how to deal with this?

0
How to reduce the memory necessary for the image?
0
Resizing graphics in Mathematica
1
fail to export to eps or pdf in vector form in 11.0 version
0
Reduce size of exported contourplot
0
Mathematica creates a huge eps file
1
Can Listplot output data to an image whilst leaving axes and labels as vectors?
1
Making Mathematica graphics exported as PDF "usable" performance wise
136
$\LaTeX$ and Mathematica
45
Saner alternative to ContourPlot fill
44
Avoiding white lines inside filled area in RegionPlot exported as PDF or PS
See more linked questions

3
How do I cut down on file size of exported eps without losing quality?
33
Graphics elements do not line up perfectly in exported PDFs
6
Problems with exporting graphics in PDF format
3
Strange rendering of graphics exported as .pdf
6
Exporting Grid as PDF resizes the graphic. How to fix it?
7
Problem with exporting RegionPlot as PDF