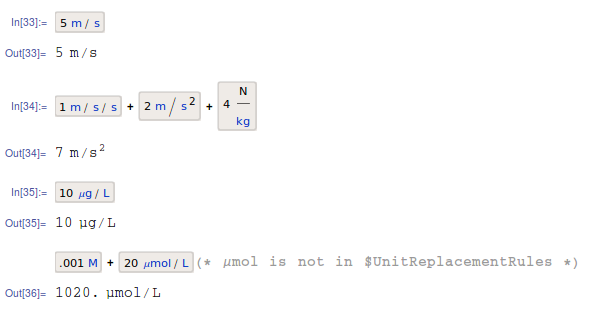 3
Inputting abbreviated units
586
Where can I find examples of good Mathematica programming practice?
16
Defining symbol shortcuts in the Front End
29
Should 0 * 5ft be 0 or 0ft?
15
Unexpected behavior of UnitConvert
8
Suppress connection to Wolfram|Alpha when making unit conversions
9
Can you make the new "Choose color scheme" helper larger?
5
Getting all physical units with prefixes
6
Converting an equation with units to one without units
4
Use of own unit abbreviations
See more linked questions

3
Unit issues in Mathematica 9
2
UnitConvert of a Quantity whose value is a function of a Quantity
4
How to override DisplayForm of (mixed) time Quantity
4
Max[] is being inconsistent when applied to time series
6
Specify set of base units to use in UnitConvert
10
Mathematica seems confused about Kilograms vs KilogramsForce
1
How can I add units to variables inside Manipulate?
7
Getting useful units for combinations of physical constants like on WolframAlpha?