Histogram does not compute

I have a strange problem I haven´t had so far. I have a list of 16 lists of Integers and Rationals and want to show the 16 Histograms. Problem: The Histogram for the second list is not shown, the computations hangs. The other ones compute in less than a second. The lists are of lengths 450.000+ and all values are between 0 and 1 (they are Jaccard coefficients of sets). At the moment I have no idea what I can do further. I make the data public accessible (File "histogram.m") via the following dropbox link: histogram.m.

Enclosed a screenshot of my "investigations". By the method "trial and error" I found that the second list of data is normally processed (histogram computed at a moment ) up to element number 131073 (the corresponding value is 3/8), the values surrounding this element are all "looking normal", i.e. all rationals between 0 and 1. It would be great if anyone has a hint for me what the source of the problem is. 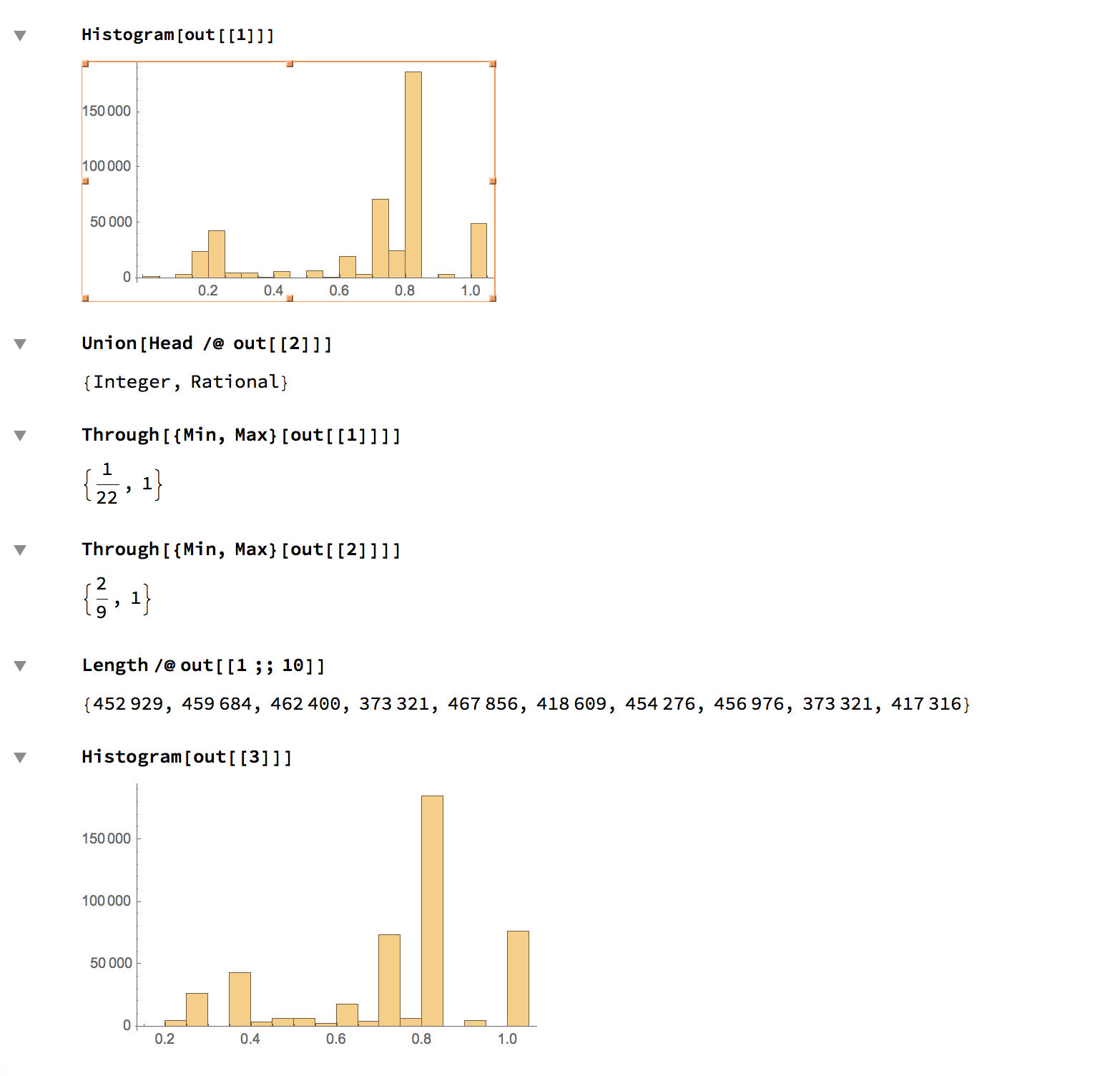 The problems seems to reside in the way Histogramcomputes the bins. If I use Histogram[#,{0.1}]& everything is fine.

"Thank you for providing the condensed information. I verified and confirmed that your issue was present in version 11.1.1. However, the issue has been resolved in version 11.2 as demonstrated in the attached notebook. Please install the latest 11.2 version and check if the issue persists for Histogram with your data."

Now in the "new" version 11.2 everything is fine. No problems so far

Your data will be processed much faster if you turn it into a list of PackedArrays of Reals:

On my machine, this yields the following timings:

6
Is there a way to output histogram x and y data without using the Histogram chart function?
0
Plot a histogram according to a set of rules using data from two tables
0
To draw several histogram in a temporal axis
2
Histogram based on pre-binned data (center of a bin given) - bin size not equal
2
Why are these two histograms plotting so differently?
4
Plotting a hexagonal histogram