For concreteness' sake, returning to the example of the Bessel function, if I knew the coefficients $c_t$ up to, say, $t_{\max}$, could I somehow calculate a function that approximates $1/(\pi\, \sqrt{1-\eta^2}) $ (the exact Fourier transform).

I don't see how to do much with a regular power series. If you can instead generate an asymptotic series, then I think you might be able to do something. For instance, if we use your BesselJ function example:

It's pretty slow, but here is an approximate FT to asymptotic order 12:

Here is the exact FT:

Finally, here are plots comparing them: 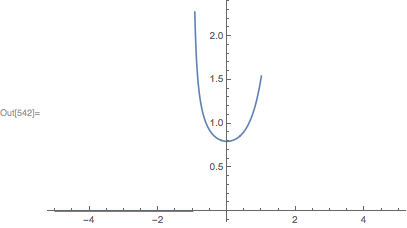 5
Analytic expression for a Complex Hilbert Transform in Mathematica
7
Inverse Laplace transform
5
Find the function $f(x)$ by using its fourier expansion
3
How do I numerically compute the $L^1$ norm of the Fourier transform of a bump function?
6
Fourier transform of a complicated function
1
Laplace transform giving incorrect result
1
Using Mathematica to find series expansions for partial derivatives of the generalized Riemann zeta function