Make a RandomChoice inside a RecurrenceTable at each time of use, rather than once at time of definition

I recently watched the Numberphile video "Chaos Game" and I am trying to recreate the phenomenon discussed therein. The video depicts the following process:

To perform this process using Mathematica, I begin by defining a function to generate a random point on the unit square:

Using this function I randomly choose 3 vertices for my triangle:

Now I just need to generate a list of points to mark. The first point is chosen at random; then each successive point is the average of the previous point and a randomly chosen vertex. So I thought a RecurrenceTable might do the trick: 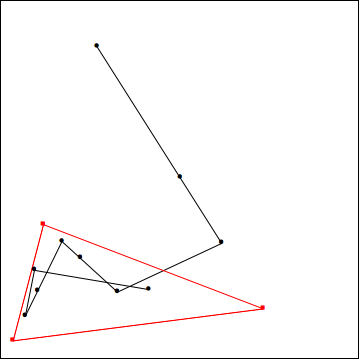 but instead I got 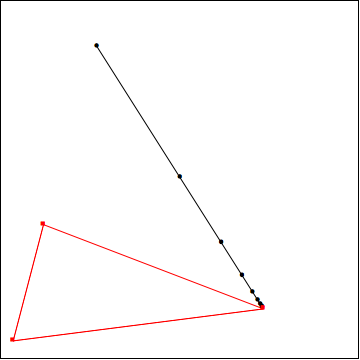 At my best guess, rather than make a new RandomChoice of vertex for each iteration of the recurrence, this seems to be making a single RandomChoice at definition-time, so I wind up always approaching halfway to the same vertex in every step. So how can I rewrite this to make an independent random choice of vertex in each step?

If you do not have to use RecurrenceTable you can use NestList to get the desired result: 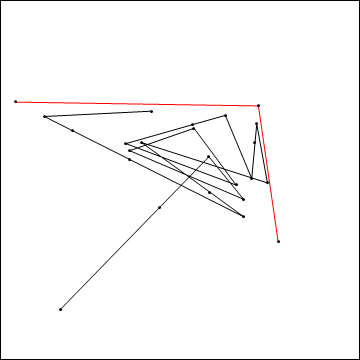 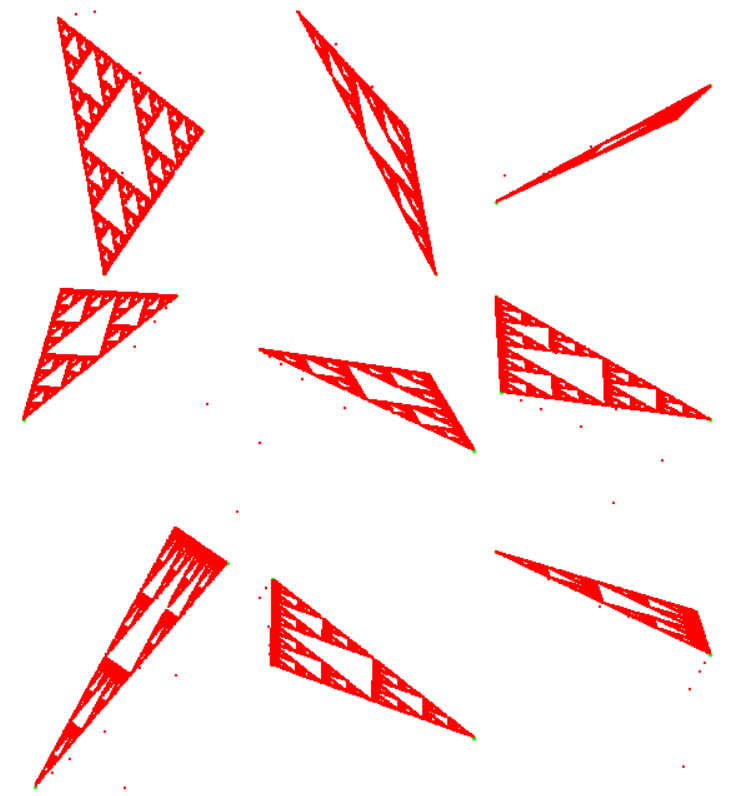 Not the answer you're looking for? Browse other questions tagged evaluation random difference-equations or ask your own question.