And my Mathematica input is :

As of V10, this equation can now be solved with a single, simple call to NDSolve: 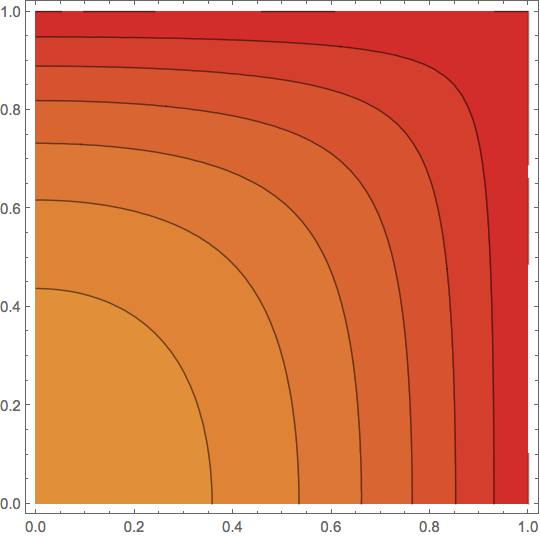 Below is the technique I suggested pre-V10.

You are trying to solve an elliptic, purely spatial problem. As described in the documentation on numerical PDEs, Mathematica uses the numerical method of lines, which requires a temporal variable with initial (not boundary) conditions. That is the proximate cause of your problem.

Honestly, in this case, you might consider trying another system that implements the finite element method - the preferred numerical method for dealing with elliptic equations. I'm sure that FEM will eventually be in Mathematica, but it is not, as of version 9.

The standard way to solve this type of problem in Mathematica, though, is the method of relaxation. The idea is to realize your solution as the steady state limit of a parabolic equation. There is set up involved, however. First, let's examine your equation

In Mathematica speak, this could be accomplished using discontinuous helper functions, f1 and f2:

Note that I've included the temporal variable t and the first order derivative with respect to t. Experience with parabolic equations, like the heat equation, suggests that the transient part of the solution will decay exponentially to your steady state. Also, note how nicely expressions involving Derivative typeset. This is perfectly good Input, as well, and that typeset version is my preferred method of input.

Now, for the initial condition. Ideally, it should be consistent with your boundary conditions. The simplest such function I could figure is

Using all this, we can write your equations as

Now, we solve it.

As your equation is expressed in cylindrical coordinates but independent of $\theta$, I guess that, for relatively large fixed $t_0$, $y(t_0,r,z)$ represents a rectangular slice of the cylinder with one edge right down the middle of the cylinder. We can visualize it like so. 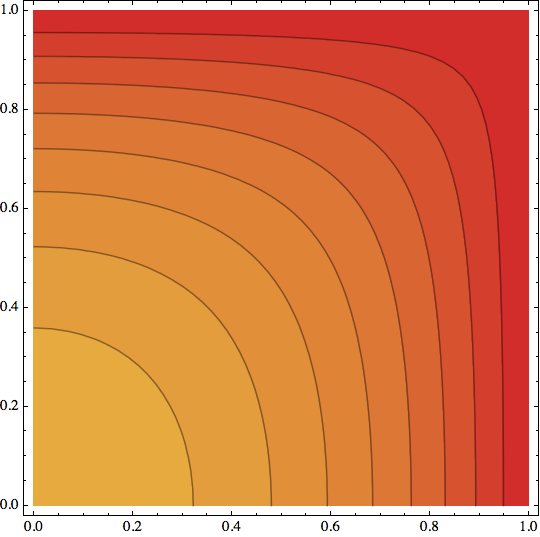 The "relaxation" of the parabolic solution into the steady state solution can be visualized as an animation.

5
2d heat conduction equation: Boundary and initial conditions are inconsistent
2
(NDSolve) Non-linear 2nd order ODE, regular singular point (looking for good methods for this problem)
6
Alternatives to FiniteElement as Spatial Discretization Method for NDSolve
2
what causes the error “The dependent variable in the boundary condition needs to be linear” when using NDSolve?
1
To solve Cylinderical PDE
-1
PDE Solving in mathematica