This is a follow up to the OCR question I had earlier.

What I want to do is to use Thinning to create "skeletons" of images of characters and then compare their shapes, utilizing such properties as the slopes/lengths of the edges. The problem is however that I have not been able so far to access the graph Thinning produces. MorphologicalGraph is what I have found in the documentation but this removes a lot of information. And for comparing graphs so far I only have found IsomorphicGraphQ which doesn't seem to offer much customization (tolerances for matching).

The code below demonstrates the problem I have with my current approach. Because MorphologicalGraph reduces the Thinned images to a very similar shape for all these characters, the code will deem a "C" character similar to "I" and "S":

The basic problem is that the letters I, C and S have the same graph - they all consist of two endpoints (vertices) with a single line (edge) going from one to the other. The shape of the line doesn't change the graph. The only other thing MorphologicalGraph gives you is that the EdgeWeights of the resulting graph correspond to the number of pixels in the skeleton between the two vertices.

One idea that I had is to try and increase the complexity of the graphs by mirroring each letter vertically and horizontally. I also found it helped to remove very short (low weight) edges.

Here are the functions to do the mirroring and pruning:

Create a reference set from the letters A-Z in "Arial" font:

Here are the mirrored letter images and the corresponding graphs: 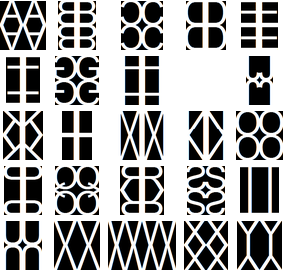 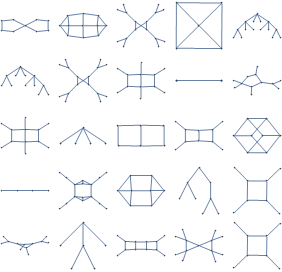 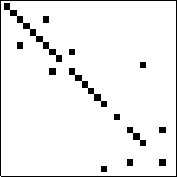 Even with such similar fonts as Arial and Calibri, it doesn't work perfectly, though the mirroring has certainly helped. Perhaps you can think of a better way to create unique graphs from the letters.

Not the answer you're looking for? Browse other questions tagged graphs-and-networks image-processing ocr or ask your own question.

18
How to convert an image to a graph and get the positions of the edges?
5
Generating a graph object where vertices are pixel coordinates and edges represent two pixels being in the same Moore neighborhood
3
Separating disconnected graph objects without losing vertex coordinate assignments
2
Styling the edges of a graph according to the multiplicities of the edges
2
How to generate the EdgeList from an matrix that produces a graph?
1
List of all points on the edges of the image