How do I get GeoLabels to show up on map

This code draws the map, but does not show the labels.

The error reported is:

Table is not a Graphics primitive or directive. 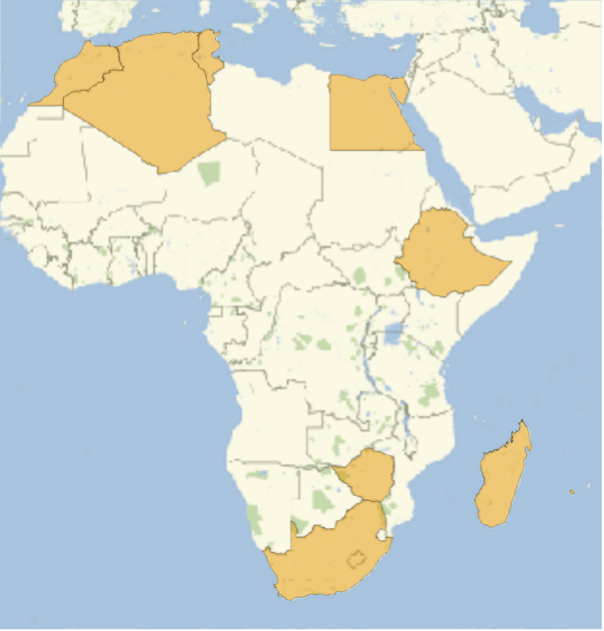 I confirm the problem occurs with V11.0.1 running OS X. It looks a bug to me. Here is a work-around. 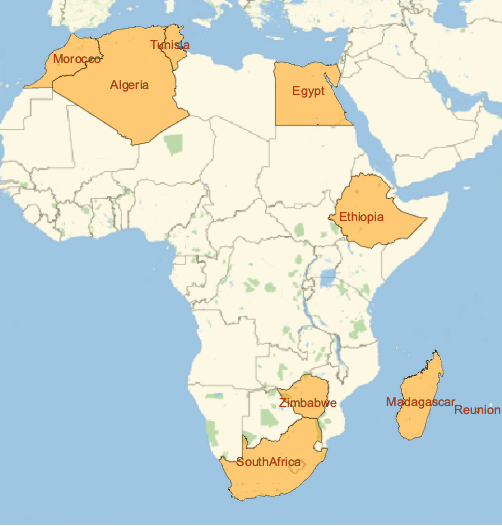 It occurred to me, after sleeping on it, that some viewers of this answer might be interested in how I worked out a work-around, so I present a description of the process.

The documentation articleGeoLabels says that the option wants a function with three arguments, which are

The article also shows an example of such a function where the label appears as a tooltip. I adapted that to a reduced version of the problem as a tool to examine the arguments as shown below.

This produces the desired labeling. 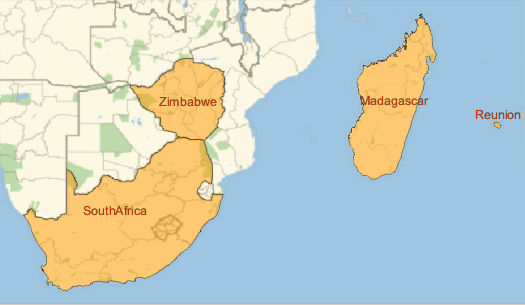 I reported the OP's problem to Wolfram tech support. I have received an answer confirming it is a bug in V11. I quote the relevant part of the reply.

Your observation is correct. The simple expression [GeoLabels -> True] should work. The issue has been reported to our developers and it will hopefully be fixed in the future release of Mathematica.

Not the answer you're looking for? Browse other questions tagged bugs warning-messages geography geographics or ask your own question.

13
How can I display a multigraph with different colored edges?
2
How can I make a map of Sierra Leone at the district level?
8
How do I plot my country map with weather data stations?
15
Plot3D is incorrectly returning "1/0. encountered"
0
GeoListPlot: coloring points
2
Why does plotting a PolyLog function yield 1/0 error? (Intentional bug?)
4
Geographics Geolabels and Polygons
4
GeoListPlot - Workaround for distinct coloring of categories - improvement?