How to make a parallel auto-generated .m package from Initialization cells?

according to the documentation at ref/InitializationCell,

This would be a REALLY NICE feature, because it would give me a beautiful way to document a package in a notebook (instead of just textual code)!

To test it out, I took the documentation a bit literally and created a new notebook with a single initialization cell (with the little vertical-hook cell-bracket initialization-cell giveaway highlighted in yellow and circled in red in the screenshot, here: 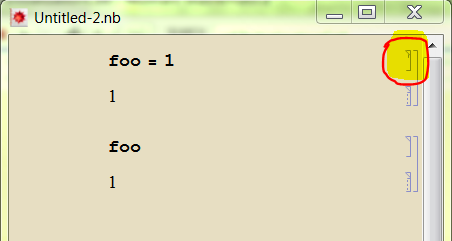 However, when I now save the notebook, I don't get the advertised "option to make a parallel auto-generated .m package." Ok, so I make one manually (Save As.../Save As Type.../Mathematica Package .m), no problem, as follows: 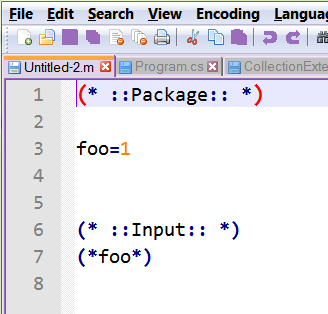 But, of course, this one is not "automatically updated whenever the initialization cells in the notebook are changed and saved again." Here's the updated notebook:

but the .m file is not automatically updated. I would use this feature daily if I could get it to work. As always, I'll be very grateful for advice, guidance, clues.

(to be clear, you need to select Global Preferences for this to apply to all your notebooks).

In case you do not want it to apply for all notebooks (which I prefer), you could put an additional line somewhere in your notebook:

Not the answer you're looking for? Browse other questions tagged front-end notebooks packages or ask your own question.

17
Programmatically generate packages from notebook files?
11
Coding practice Notebooks vs. Packages: ClearAll?
2
How to use external Mathematica Code?
1
Save Notebook as Wolfram Script?
1
Communication between notebooks

23
how to make cursor jump automatically to next input cell after evaluating previous one?
10
How to programmatically mark and then select a subset of input cells?
10
Why a function returns two different values if copied into a Notebook or imported with Get from a Wolfram Mathematica Package?
6
Automatic shading of all InitializationCell->True cells in older versions
8
How to make a parallel auto-generated .wl package from a .nb notebook
2
Stop notebook from auto-scrolling upon printing
9
obtain properly formatted code from autogenerated package