I'm new to mathematica software, this going to be difficult to explain but, I have an assignment to make a random numbers generator for upper-limb joints range of movement [ROM].

I divided the joints into 2 groups, shoulder group with 3 ROM, and the second group is Elbow-forearm, witch has 2 ROM. both groups have a limit range of movement [ROM] and I divided it to 4 ranges for comparison.

I think the table on the attached photo at the end will make it easy to understand what I'm trying to explain.

so, I wrote the code @mathematica and its fine, but in the result I tried many times to change the points color but I couldn't. I would like to change the color of the points so I can compare it easily later. also if you have any other ideas for showing the result in a different and nice graphics, please tell me. 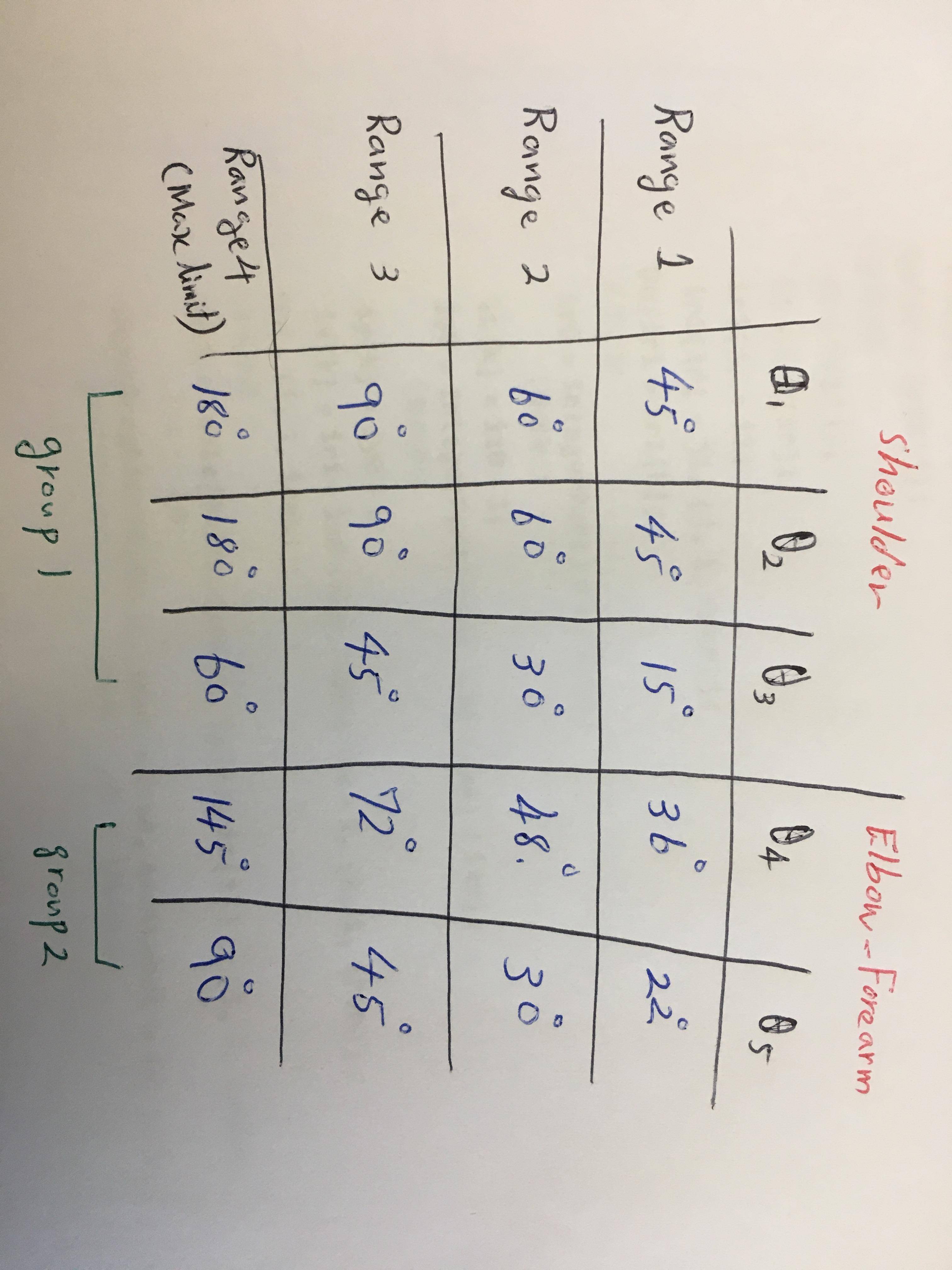 As to how to change the color, you may write the very last code line a bit changed: 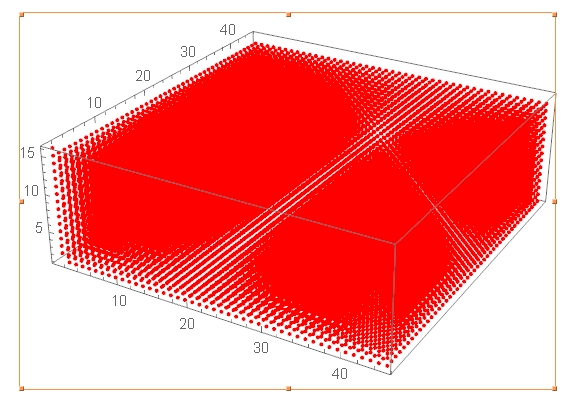 or even this way indicating by colors layers of points with different height :

and try to play with n. For n=6 it looks as follows: 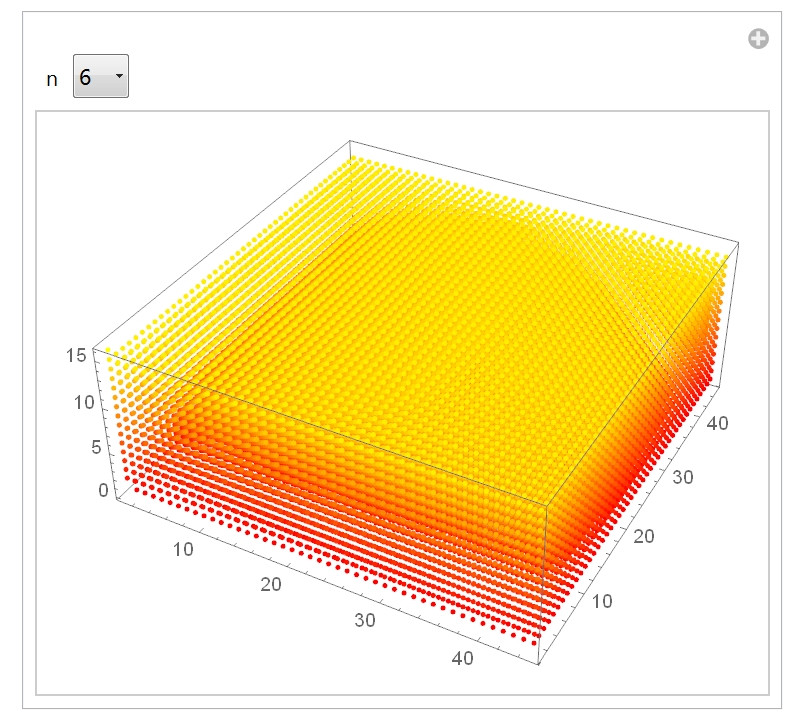 Besides you fave a few unnecessary lines containing syntactic errors. These are (1) print[iran]; and (2) Do[,{i, 1, iran}];. You can remove them without any loss.

Evidently, this code is written in a procedural way, while in Mma it could be rewritten in a much more concise fashion, but here it is difficult to help you without knowing your ideas of what is done during the calculations. In a moment it is not vitally necessary, however, since the code works fast enough.

Not the answer you're looking for? Browse other questions tagged graphics color or ask your own question.

33
How can I make points “glow”?
1
PlotStyle in ListPlot: change color scheme, manually choose color of first plot
6
How to color separate a colored-in-pencil drawing?
1
Colorizing thresholded images with different colors
2
Adding colors to objects in a loop
5
What are Epilog x-Axis Positions In BoxWhiskerChart (with BarSpacing option)?
7
ListPlot will not color markers in accordance with my color function
8
How to interpolate colors on scattered points for a smooth visualization
2
Modifying the opacity of a color to show convergence rate
1
Show single legend with approriate color range for a GraphicsGrid