Vertical GridLines do not show in version 11 when using Ticks

I googled this and do not see it. I noticed when I use Ticks -> with GridLines, then the vertical GridLines no longer show up. This is on version 11.01 on windows 7, 64 bit.

I tried the same MWE on 10.4, same PC, and there the vertical lines show up!

Here is the output 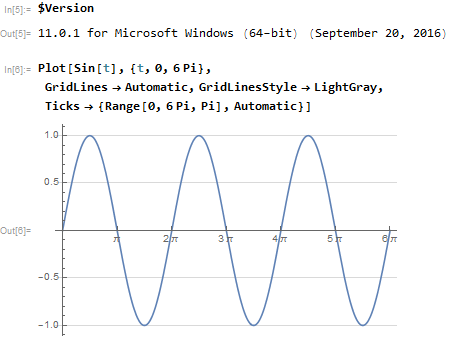 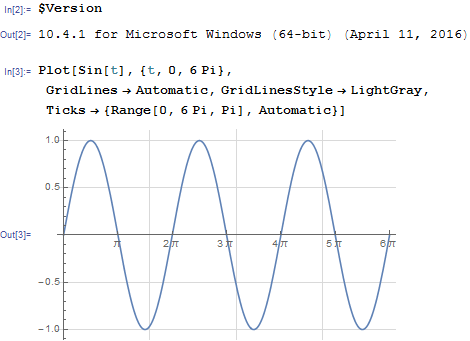 You can see that now the vertical lines show up.

Is this a known bug? Is there a workaround? (I did not tag it as bug)

The difference arises when using Gridlines -> Automatic, so it might be a stretch to consider this a bug, since the behavior when using Automatic isn't necessarily expected to stay the same between versions. 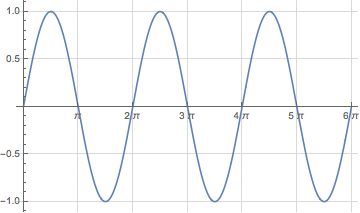 What is odd about the behavior in version 11 is that the Automatic grid lines take their cue from the Ticks even if Frame -> True so that we only see the FrameTicks. For example, here we might expect the vertical grid lines to show and the horizontal grid lines to be suppressed, but it's the other way around: 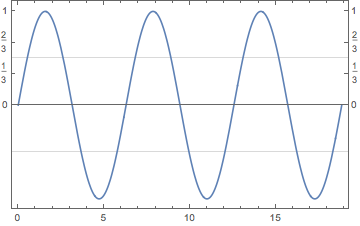 This makes it seem like the new behavior is unintentional, or if it is intended as a feature, it needs some more work.

Not the answer you're looking for? Browse other questions tagged ticks version-11 grid-lines or ask your own question.

12
How can automatic ticks be made “outie”?
13
Preparing 2d plots for publication
2
Custom Grid Lines for ProbabilityScalePlot
11
Labeled destroys the log scales in “log” plots when notebook is re-opened
7
Strange bug with “MessageName[a,b] is not of the form symbol::name ”, Debugger & cursor location
6
Thickness destroys Dashing for some platforms/versions
3
Why do GridLines/Ticks in TimelinePlot not make sense in some cases and what to do about it?
1
Problem with Get at M11.0 that was produced with DumpSave M12.1