Using output of DSolve/NDSolve as a function with “variable” constants

I've already looked through the questions similar to this one, but I couldn't figure out how to modify them so that they work, and I suspect that there are deeper issues than just the syntax. Here is my code attempt:

Basically there are four variables, where a,b,c are constants related to the physical apparatus which I'll put in later, and then alpha, which is the main variable I want to consider. Basically I want to solve the differential equation for alpha, which I suppose is actually a function of four variables. I understand how to do it for the one variable case, but this multivariable case, which I believe shouldn't be substantially harder, is eluding me.

Is the problem that Mathematica is trying to evaluate the inside first, but can't?

This seems like a good time to use ParametricNDSolveValue: 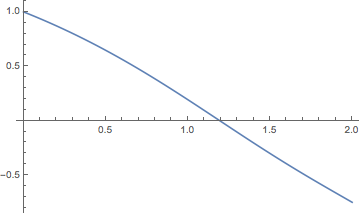