I was playing around with some of the Image processing commands like ImageRotate.

I thought it would be fun to try and make up some basic linear transformation rules - starting in 2D and then going to 3D.

I wrote up some naive rules as:

However, when I do the following - only the identity works properly.

I suspect it is some silly error, but I still do not see it. Why do these simple transformations not preserve the image and just perform their intended operation?

What you want here is ImageForwardTransformation[]. For instance, to demonstrate rotation and shearing, we can do this: 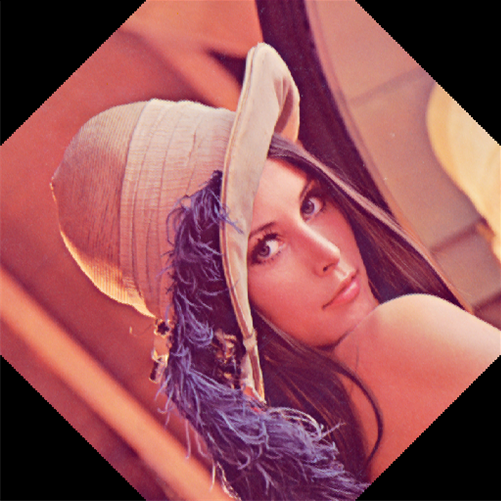 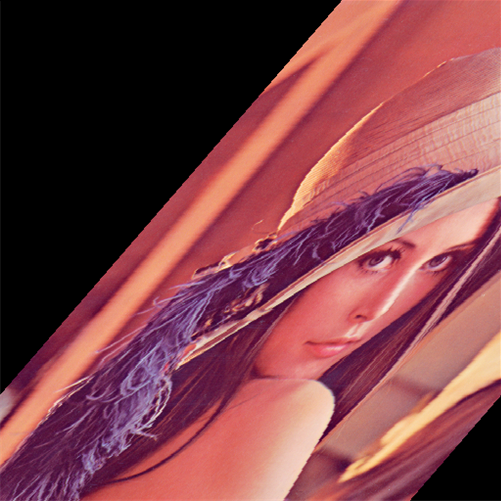 Note the use of a TransformationFunction[] (RotationTransform[] in the first case, and the more general AffineTransform[] in the second case) to perform the mapping, as well as the use of the DataRange option to specify the domain in which the image being transformed is embedded in.

Not the answer you're looking for? Browse other questions tagged image-processing geometric-transform or ask your own question.