Where can I get Workbench 3 and why do I need it?

I read in some questions/answers that people are using Workbench 3.

From where can I get the Workbench 3, which is the most current version and why would I need it?

The issue has obviously now been addressed by WRI and Workbench will not be a branded Eclipse IDE, but rather be a concurrent plug-in for Eclipse. They also updated the Website: Wolfram Workbench.

Maybe there has been some effect of posts like this one? :)

Because I feel that @Szabolcs does have a point I will give a personal and thus "inofficial" answer to your question here, before giving the "official" answer as it can be obtained by reading publicly available information on WRI sites:

I have found that Workbench 2.0 does not support Mathematica Version 10 or higher and I have accordingly asked WRI for a Beta version of Workbench 3 which I was granted. I feel that this handing over a functioning version of Workbench has not been a pure act of goodwill, but rather my right as a customer, since WRI still advertises Workbench 2.0 as I have documented below with all legal implications imo.

The (inofficial) official answer to this question

You should not need Workbench 3.0 (according to WRI's official information on its website!) because as this screenshot from this very minute shows, Workbench 2 is the "state-of-the-art integrated development environment" (www.wolfram.com/products/workbench/): 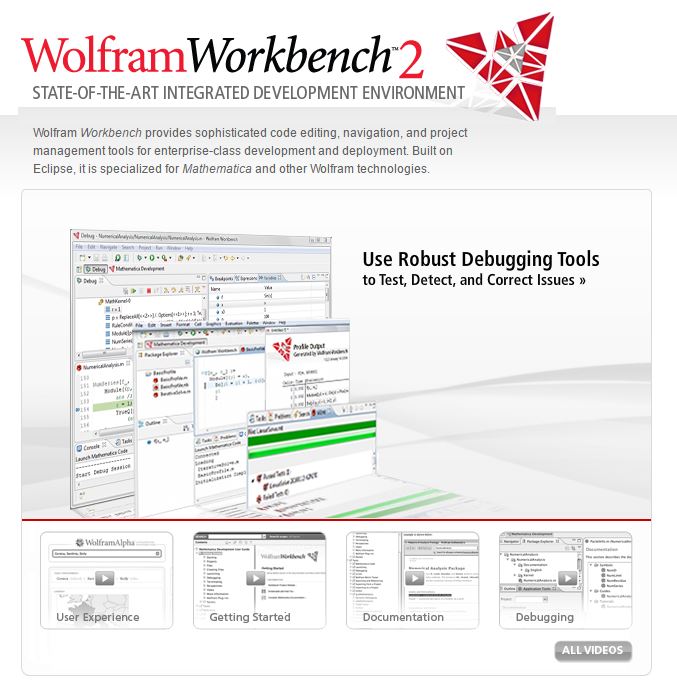 Also note that in the Q&A on the same site as of this very minute it says:

So the obvious and decisive conclusion is that:

This Wolfram support article explains how to install the latest Workbench as an Eclipse plugin.

It is compatible with Eclipse 4.6 (Neon) and Mathematica 11.

Not the answer you're looking for? Browse other questions tagged workbench or ask your own question.

51
What is the difference between a .wl package and a .m package?
4
Wolfram Workbench Installation Issue

7
Where does Workbench deploy to?
13
Workflow in the Mathematica and Workbench IDE
7
How can I programmatically call MUnit tests in Wolfram Workbench?
13
How can I build documentation using docbuild.xml outside of the Workbench?
5
Wolfram workbench Documentation Tools palette