How to place curve path lines on an image

This is a further question of this post.I just make the path be curve by Photoshop. 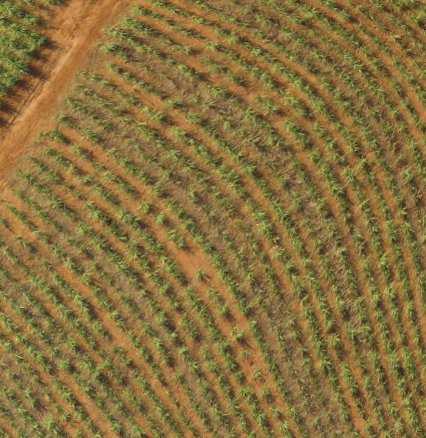 I note Mr. C.E.'s method seem to not work anymore.Any method can repair it?

Since I posted the original question, I believe I should provide the curved path image as well. So, here goes an original image with the suggested curved path. Unfortunately, in this case, the sugarcane is still in its infancy. Aparently it should be easier if the sugarcane were more developed. However, this image represents a very real case which should be dealt with. Thanks. FACamargo. 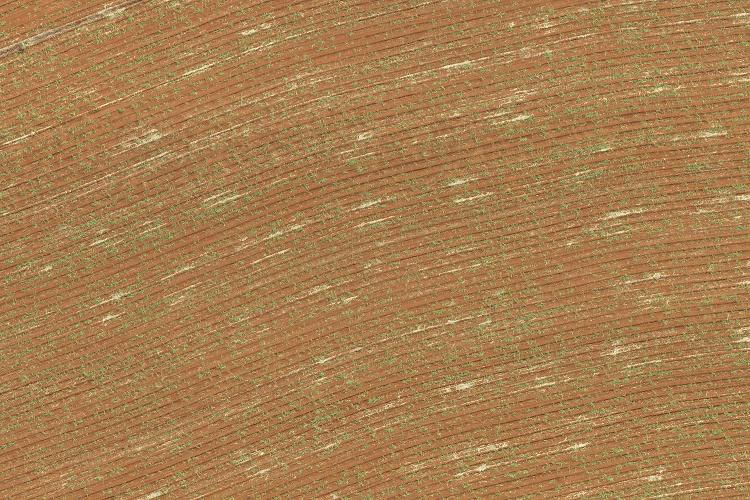 I'll work with FACamargo's photo, since this question has also been asked in the original Q&A. 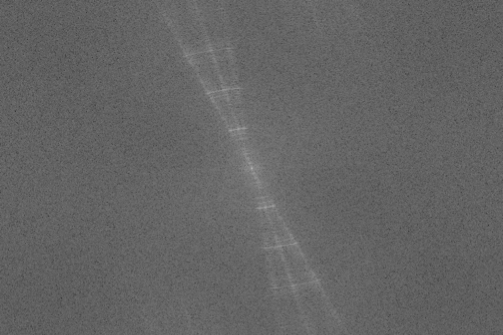 We see that in this case the information is contained in many different frequencies instead of just a few frequencies. It is therefore much more difficult to extract the interesting signal, but by no means impossible. The method isn't broken; just more difficult to apply.

We can see that most of the features in the image can be described by six sets of frequencies, mirrored about the center. An appropriate filter might be this: 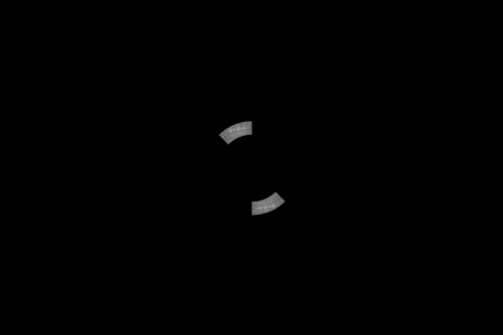 Picking out the 20 most high intensity frequencies in this filtered Fourier spectrum, we get 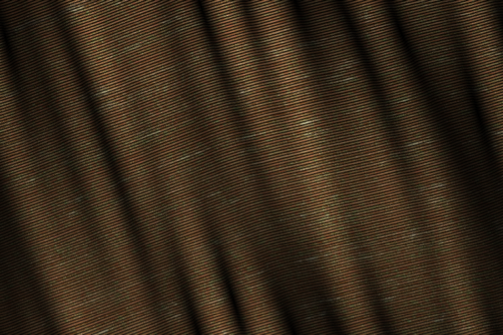 Well... that's not nearly as good as in for the other photo, but some information about the lines is still there.

The main problems are:

I don't know at the moment how to find the right frequencies, but this shows that the approach isn't completely invalidated. It's just more difficult to apply it to this photo.

The Fourier transform of Yode's image looks like it might be even more difficult to extract the right frequencies from.

I have to say the method derive from C.E. totally.I just give a record for reading about how to deal with that picture I have uploaded. 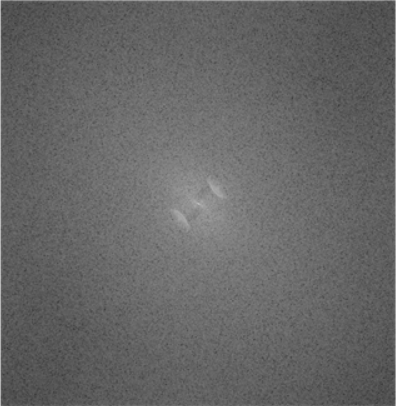 Then I get a mask image by Image-Tool. 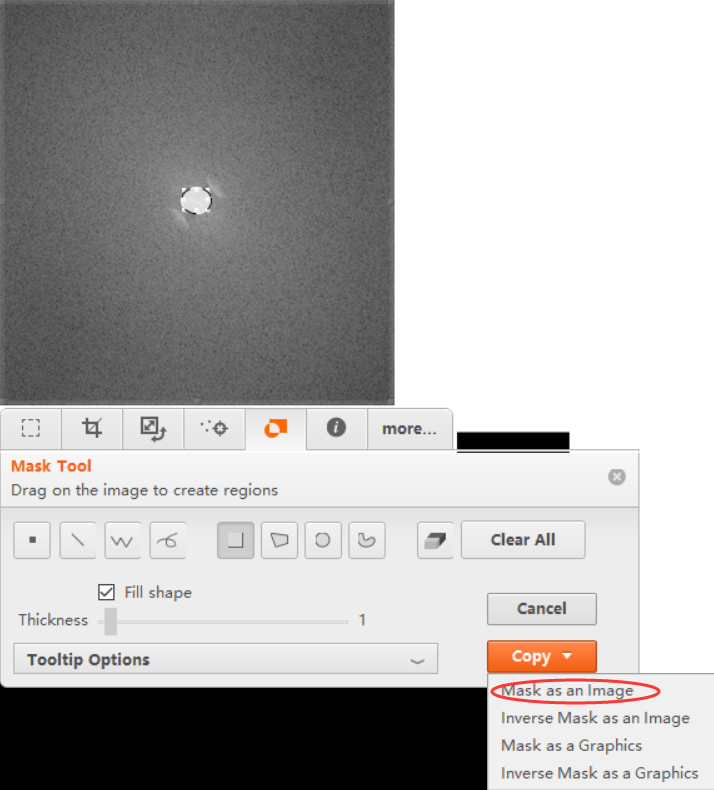 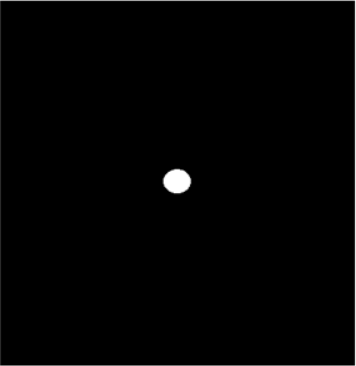 Select the frequency that we need. 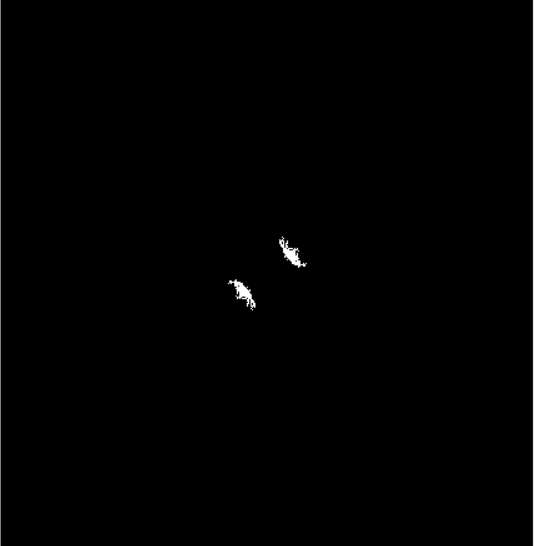 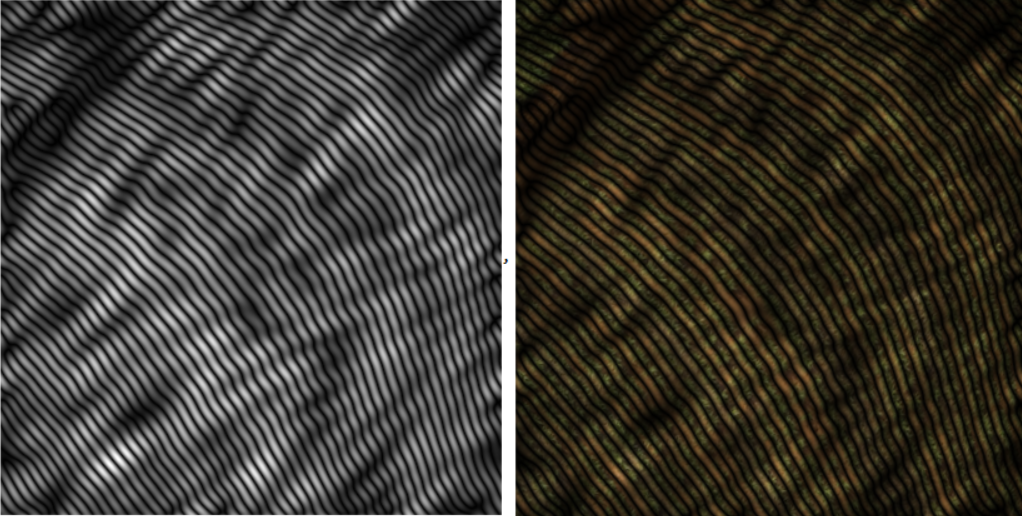 But there are some dissatisfaction in this result about that shadows.I will glad to see anyone can improve it still. 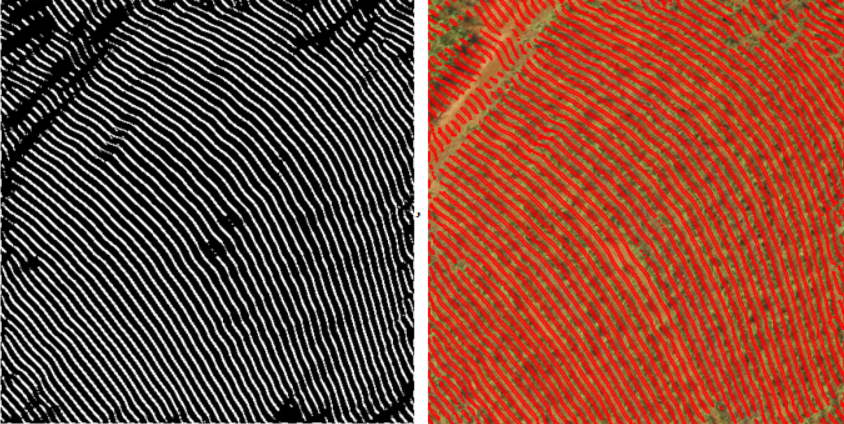 Update 2(As the comment from Silvia): The LocalAdaptiveBinarize will give a better result indeed. 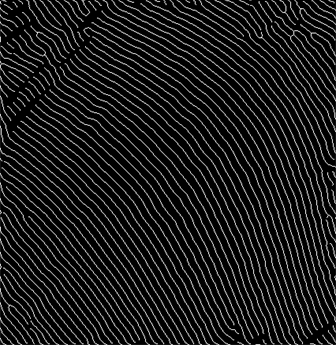 16
How to place path lines on an image

70
Programmatic approach to HDR photography with Mathematica image processing functions
50
Detecting grid lines in a raster image
9
How to transform a 3D image by an affine transformation matrix
78
How to create a new “person curve”?
20
Reconstruction of interrupted paths in images
5
Counting marks on an image
16
How to place path lines on an image
5
Orientation of the pattern in an image
7
What is the logiс behind handling alpha-channel by various image-processing functions?