Placing a legend to partially overlap with the plot

I find myself extremely confused about how Placed works with plot legends. I want my legend to partially hang over one edge of the plot. But 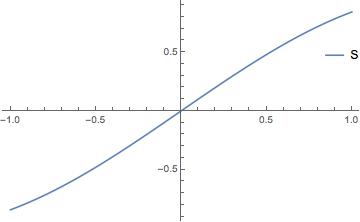 which is no good because the label gets cut off. As soon as I increase the first coordinate up to 1, it works okay, but space is really tight in my desired application and I can't afford to waste all that white space under the curve.

I found the question Legend placement explanation, but I can't follow the example because it has so much extraneous crap in it and the answers don't go into enough detail. Not much detail in the documentation for Placed either.

Would this maybe be a job for Show, Inset, or Overlay? I'm not really sure about their relative advantages.

Finally, I noticed that using Placed changes the legend's text from left-aligned to centered. How do I change it back?

Edit: Regarding my last question, the easiest way to change the text alignment of the legend is to change {"Sine"} to LineLegend[{"Sine"}, LabelStyle -> {TextAlignment -> Left}].

The explanation for this behaviour is tricky and non-obvious.

Graphics with legends have the (possibly nested) structure Legended[graphics, legend]. See this answer for more details.

The Legended expression doesn't evaluate to something, it is simply displayed in a certain way.

However, the display/formatting can happen in two very different ways: if the legend is within the boundaries of the graphics, then the object that is produced is just a single graphics in box representation. The legend is contained within. If the legend is outside, then there will be two separate notebook objects joined together by something which behaves like Grid. I am not 100% certain that all this is correct, but I am convinced that something very similar to this is happening.

The main point is that the result behaves in a different way depending on whether the legend is considered to be inside or outside of the graphics area.

You want an overlapping legend. Now is that inside or outside? You are using scaled coordinates, and both the x and y coordinates fall within $0..1$. That counts as inside. So the legend will be inside.

By default, anything beyond the graphics frame is clipped. This is controlled by PlotRangeClipping. You can set it to False and see that less of the legend is clipped. To allow all of it to show, you would need to manually set ImagePadding to leave enough space.

But this is a lot of trouble and not the easiest way to achieve your goal, so I won't bother fussing with the padding values and posting the full code ... 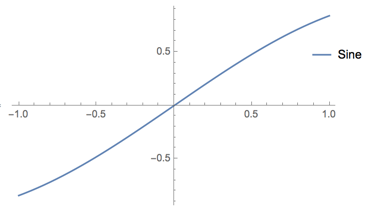 Now try to move pos just slightly into the $0..1$ interval and see how the clipping happens due to Legended switching to a different rendering mode. 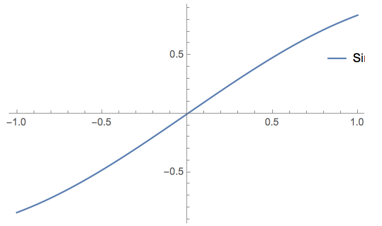 will do the trick.

Not the answer you're looking for? Browse other questions tagged plotting legending overlay or ask your own question.

27
Data interpolation and ListContourPlot
19
Increasing the thickness of line in plot legend
1
Placing a bar legend right up against a ListDensityPlot
1
Legend Missing In The Plot
3
Placing plot legend in front of the axes
1
Placing plot legends inside a plot
0
plot multiple curves : solution obtained from NDSolve