How to define values to viewpoint by three points

I have four points.

With three of them I can set a plane.

I know that using three of these points, the fourth point is out of the plan.

I have two questions:

PS: I would like to understand the logic of viewpoint.

For convenience, let's first reproduce here the image given in the answer of ViewMatrix from a Graphics3D: 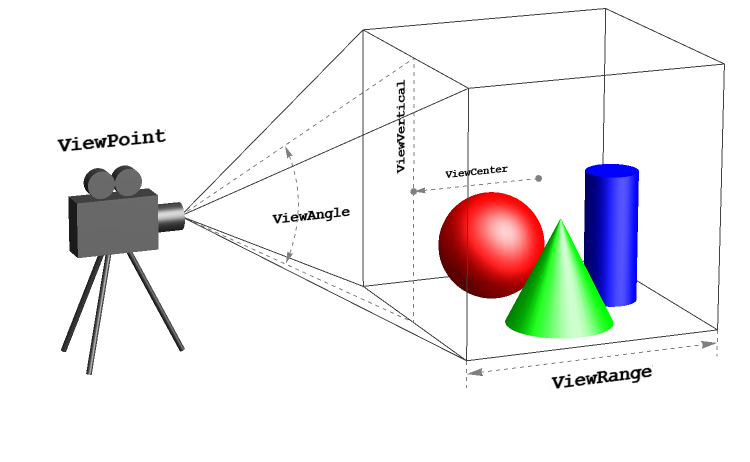 Where the BC segment is horizontal.

If the BC segment is supposed to be horizontal, then ViewVertical (refer to the image) must be orthogonal to BC.

v1 and v2 are orthogonal to each other. v1 is BC, horizontal by definition, and therefore v2 is the view vertical.

We can also compute

so that we have a complete, orthonormal, basis for the 3D space. 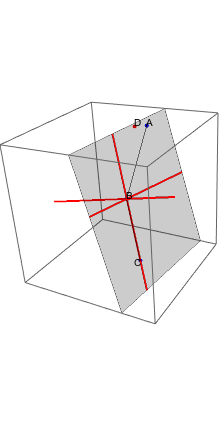 Again referring to the image, we see that the line between the view center and the view point must be perpendicular to the plane spanned by v1 and v2. By default the ViewCenter is in the middle of the plot range as in the image. For simplicity we choose a plot range that runs between -10 and 10 in all three directions, that way the view center is at (0,0,0). This means that the view point must lie along v3. Testing this: 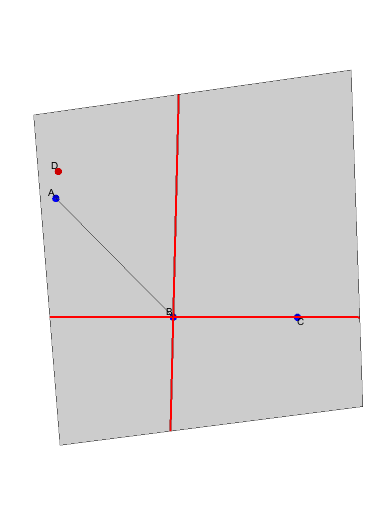 We see that this worked out well. The segment BC is horizontal, and only two axes are visible which means that we are looking into the plane at a perpendicular angle.

And what is the distance between the point D to the plane.

The distance is the orthogonal projection of the point onto the plane:

Not the answer you're looking for? Browse other questions tagged geometry or ask your own question.

73
Extract values for ViewMatrix from a Graphics3D

25
How to determine the center and radius of a circle given some points in 3D?
8
How can I draw a polygon from a set of angles?
1
Are there built in functions to perform a geometric transform to rotate a set of points around an arbitrary point?
4
How to find points along the inner and outer edge of a ring along a specific direction
3
Projection of a 3d curve to 2d
4
How can I write the equation of the plane passing through the list of three points?
7
Center of mass in the plane