There is a function in mathematica FourierCoefficient for finding fourier coefficients of a periodic function, but it requires the mathematical expression as input. What if I don't have such mathematica expression, but I have the coordinate points of the curve for one period?

Suppose I have the following coordinate points for a curve that looks approximately like a sine curve:

So after doing some rotation and translation to my curve, I get the following. I then follow the online tutorial on DFT in Mathematica: 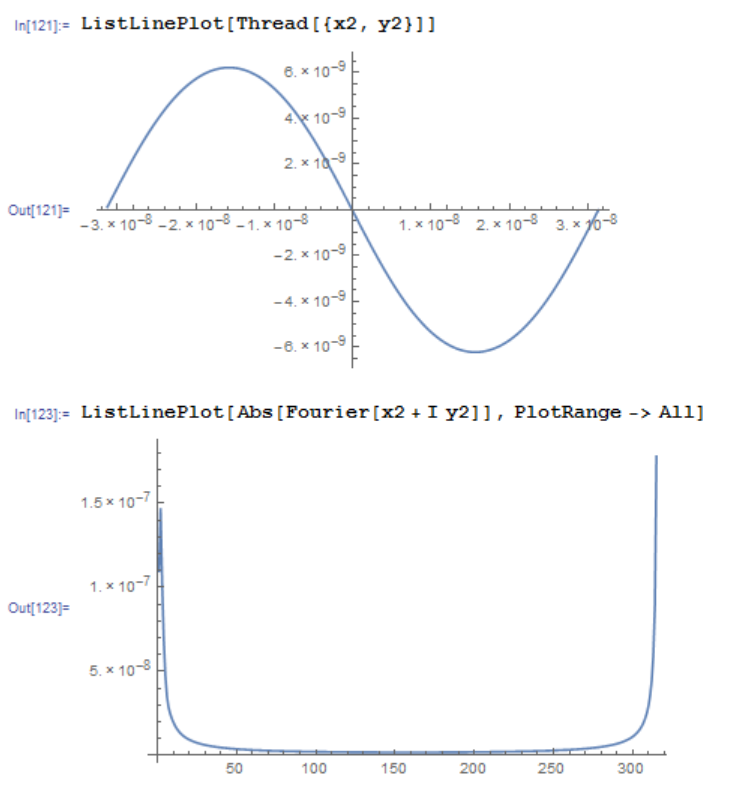 One thing you can do is to generate the complex-number sequence {{x1+Iy1}, {x2+Iy2}...} and then use Fourier. This is sometimes called the "Fourier Descriptor" and there is a demonstration at demonstrations.wolfram.com/FourierDescriptors

Here's a simple example. First, make up some data that form a parametric plot 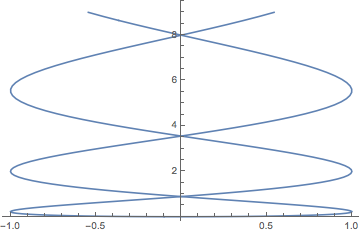 Now take the DFT of the sequence:

You will probably want to look at the help file for Fourier to get the best set of options.

You can get your original curve back using the inverse DFT... InverseFourier. This gives you a list of complex numbers which you then interpret as the x and y coordinates for your parametric plot. Continuing the above example:

returns exactly the same plot. If you leave out some of the higher frequency values in invz, you get a low pass filtering (smoothing) of the parametrized curve.

Not the answer you're looking for? Browse other questions tagged numerical-integration fitting fourier-analysis parametric-functions periodic-function or ask your own question.