I'd like to produce annotated graphics (which may eventually end up in a Dynamic or Manipulate environment) that include aligned sets of equations. In principle, I could do something like:

with \beta , \theta, r, defined variables, say, and xt, yt the coordinates where the text will appear.

The above code does that, but here is the issue: I would like to have expressions like this aligned nicely, using multiple alignment marks. In this example, one would probably want the "=" signs aligned, as well as the decimal points. Of course, more complex expressions are possible, both on the left-hand and the right-hand sides. What is the best structured way to achieve something like this? Given the somewhat vague question I am asking, I'm not necessarily expecting a complete piece of code for this, just a rational and efficient path to achieve what I want. If I can I'd like to avoid having to spend hours crafting the code to insert three aligned expressions into some graphics (when I could do something like this in LaTeX in 3 minutes...).

Note that any of the expressions appearing may be evaluated before being displayed (as in those ToString bits in my example), so what exactly appears in these expressions is not known beforehand.

Note that I did see a trick somewhere with a person converting LaTeX input into a Mathematica expression, and using that. This helps avoiding the nightmares of Mma's typesetting language, but is of very limited use if I want to format expressions that have been calculated within Mathematica.

Second remark: Once I have my nicely formatted set of expressions, I will need to find a way to have it appear within a graphics, which I don't know how to do, either.

You should be able to align things with Column and using its second argument, e.g.:

Then in graphics you can you Inset to place that Column expression: 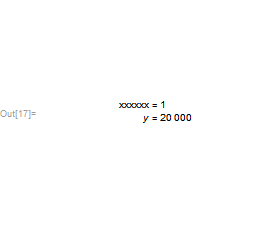 In the second more complicated case (from the comment you made below), I would switch to a grid.

So say your equations are:

Then I would stringify those equations and split them at the equal sign: 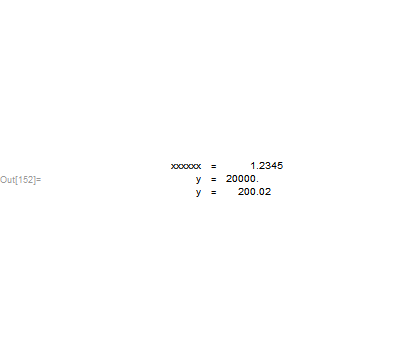 If it bothers you that ToString turns 20000.02 into 20000. you can also use NumberForm using something like this: 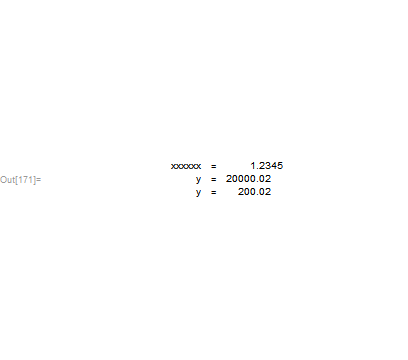 If you are that comfortable with Latex, why not to stay with it? Latex is a nice tool. The question is only how flexible are you with this or that software.

Below I give few ideas for answering your question with Mma as I prefer to do such tasks, more manually, but fast. It also takes few minutes. There are, however, several other approaches, more programmatic, and probably other users will communicate them. 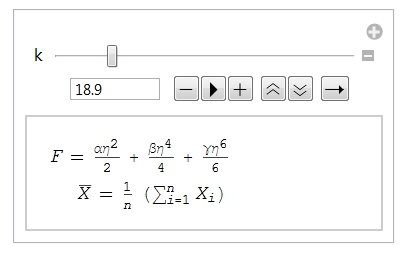 by moving the slider you choose the positioning of the second line with respect to the first one, and insert the obtained k value into the code. Then remove the Manipulate envelope. 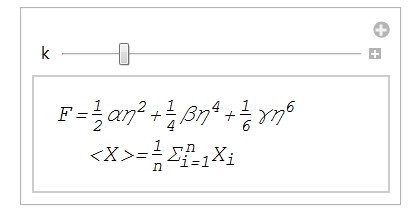 It might have a better look. The recipe is the same. You may finally place it into, say, Epilog statement for the graphics. Or wrap it with Graphics/Text statements, as you like.

Not the answer you're looking for? Browse other questions tagged graphics formatting or ask your own question.

12
How to typeset a system of equations

13
Dimensions of the results of Text[] within Graphics[]
9
Create complicated text formulas in graphics
4
Creating plot markers with centered text
1
Collect the multiple of one determinant?
3
Resizing graphics with an inset when exporting
2
How to force equation display in dislayed-equation format, not inline format?
2
Follow-up to Graphics Alignment Issue
2
Can I stop Mathematica from corercing radicals to conform to its idea of correct format? Version 10.4