Now Show me this:

It takes a lot of time to render and repeatedly freezes and unfreezes MMA.

I could live with the above. However I need to generate a high-resolution image, like so:

But when I run this line of code, MMA returns an empty box with a tiny little square of the color of i3d in the top left corner of the output cell.

I am using version 10.2 on Win7x64 professional. I have 8GB of RAM (I noticed, that MMA consumes several GB when running the first Show statement).

Is this a bug? Has it been fixed in a later version?

My eventual desire is to get a hi-res of the following figure: 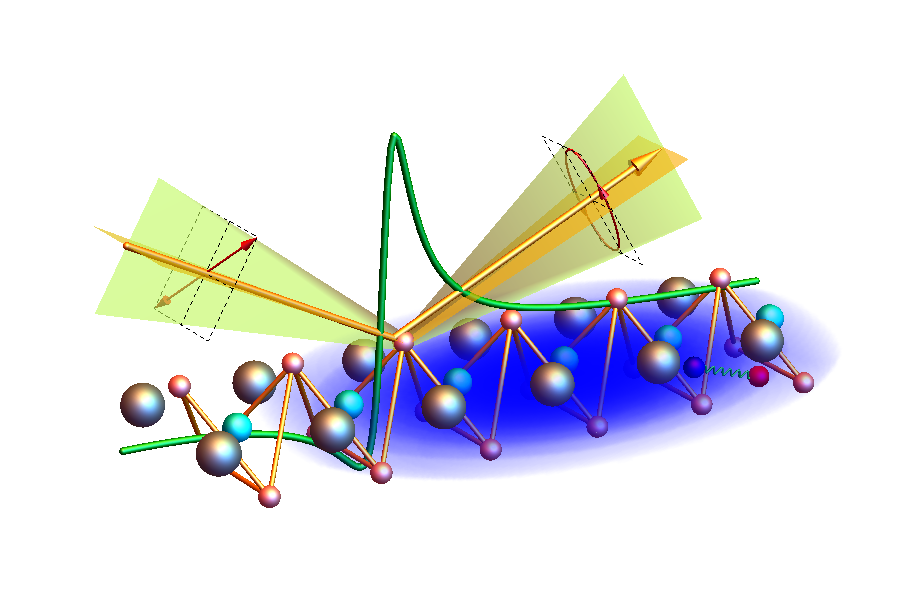 The blue cloud is made up of an array of voxels. The yellow triangles in the top half of the image have a setting like Specularity[White, 10], Opacity[.6]. When I try to create this figure with Show[{...}, ImageSize->{900,600}], it takes quite a while, but eventually returns a result. When I crank up the ImageSize I get a problem similar to the MWE above. When I exclude either the cloud or the yellow triangles, everything works fine again.

EDIT - adding info from the comments:

The problems appear to have become worse through progressive versions of Mathematica.

V10.1 and V10.2, (Win7x64 professional): Rendering fails for combinations of Raster3D, Opacity, and a Polygon or Cuboid at high resolution, but takes a long time, yet gives a correct result for lower resolutions (ImageSizes). For a higher resolution on 10.2 the output cell is generated immediately, but is incorrect: 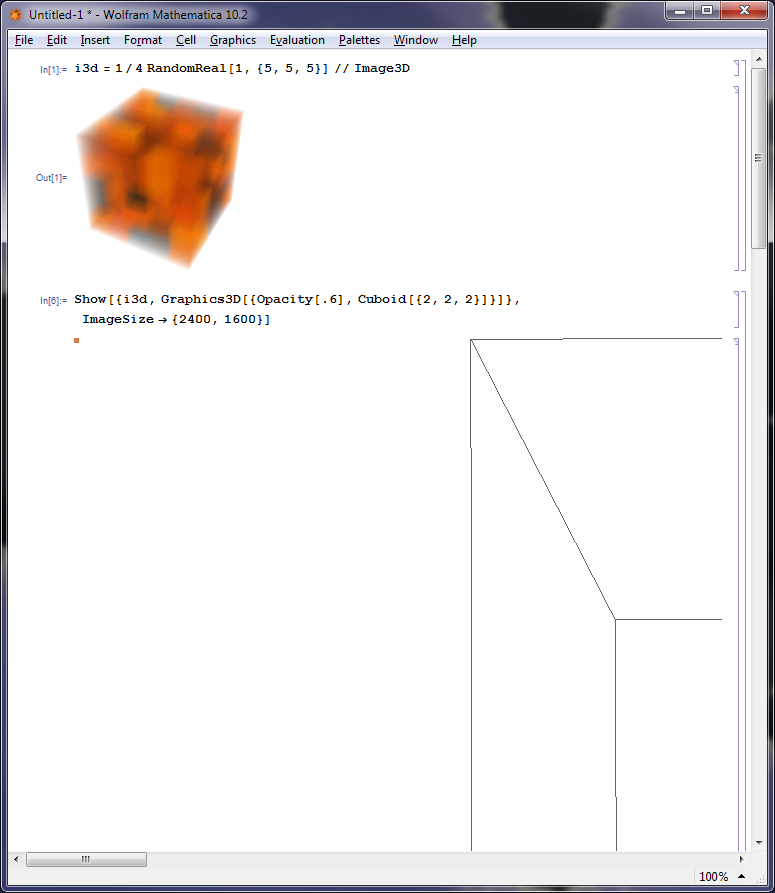 Note the few pixels in the top-left of the output cell, which are of the color of the Raster3D.

V10.4: According to AlexeyPopkov (link), combining Raster3D and Point without any mention of Opacity now crashes the front-end. This is a different, but seemingly related problem. It does not occur in 10.1 and 10.2. Attempting to render my image in 10.4 on the institute's cluster quickly consumed 0.1 TB of memory without results and froze the front end. At this point we killed the process, but, presumably, it would have led to a crash of the front end.

With Mathematica 10.4.1 on Windows 7 x64 I get FrontEnd crash with your code by default but switching to "Graphics3DRenderingEngine" -> "BSPTree" produces the expected output which is relatively responsible (comparing to the Image3D): 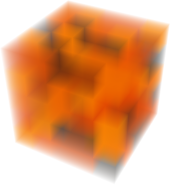 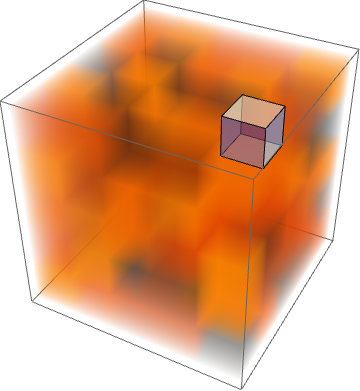 The option RenderingOptions -> {"Graphics3DRenderingEngine" -> "Software"} produces the same but seems to be even slower.

An attempt to Export this as PNG with ImageSize -> {2400, 1600} crashed my video driver and I got not responding FrontEnd taking 100% CPU time of one of my cores. So at least my graphical card doesn't allow to render such a large image.

As a workaround you can try to apply an incremental rendering technique. This post of mine (see the "EDIT 4" section) shows Inset-based approach, another method is suggested by Vitaliy Kaurov (search for "3dImagePartitionExport.nb" in this Wolfram Community thread).

Not the answer you're looking for? Browse other questions tagged bugs front-end graphics3d crash rendering or ask your own question.