Want to improve this question? Update the question so it focuses on one problem only by editing this post.

How capable is Mathematica when it comes to typical school geometry problems? Is there a way to throw constraints at it and get it to spit out a solution? Here are two geometry problems from my graduation exam that are simple to solve by hand, but all my attempts to make Mathematica do it have failed. Mind you, I'm by no means proficient in Mathematica, let alone its geometry features.

A train travels from A to B and a car travels from B to C, both at constant speed. They start moving at the same time. The car is twice as fast as the train. The rail from A to B is 53 km long. How much kilometers will the train have traveled when the flight distance between the train and the car is minimal? The solution is 15,143.

If these problems cannot be solved for whatever reason, can you give me example of a similar one that can?

I might have phrased my question poorly, leading to a lot of confusion. I wanted to see a problem solved with minimal pre-solving by the human. Ideally, only the constraints explicitly stated in the problem text and those obvious from the image should constitute the input. Take the second problem as an example. I want to tell Mathematica the following things:

There are ways to express these thing in Mathematica, like X ∈ Line[A, B] where A, B and X would remain elsewhere defined as points with symbolic coordinates. These coordinates shouldn't be explicitly stated, as m_goldberg did in his solution. He choose them, quite cleverly, so that the expression of the problem was the shortest. This takes insight into the problem, which shouldn't be necessary since the coordinates can remain arbitrary, that is, Mathematica should be able to cancel them out, in a way. If you were to solve this problem by hand, you wouldn't do it analytically, the coordinates would remain undefined.

It is obvious to me that once you express these problems in a suitable way, Mathematica can solve them. In some sense, it's only acting as a glorified calculator. If you simplify them to the bare arithmetic, a simple handheld four-function calculator could solve them, but that doesn't mean it's actually solving geometry. In fact both m_goldberg's solutions have little mention of geometry, even though Mathematica does provide facilities to talk about geometry (Triangle, Line, and so on).

The somber conclusion is that, even for problems as simple as my examples, the constraints are too wast for a computer to crunch trough without human aid. Or perhaps Mathematica doesn't implement the required methods, which surprises me since it boasts it's symbolic capabilities.

For your 1st problem, assume the following.

For your 2nd problem. Let s be the distance the train has traveled.

Note: The problem doesn't change if your diagram is flipped as follows 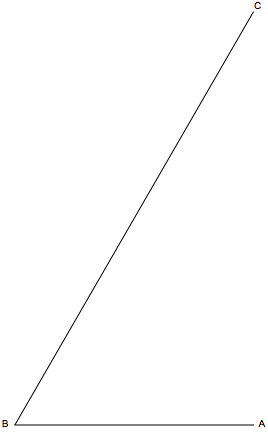 and this orientation of the three points is more convenient to work with, so it is what I used to formulate my Mathematica solution.

This is just to illustrate for the first problem (calculation and visualization). 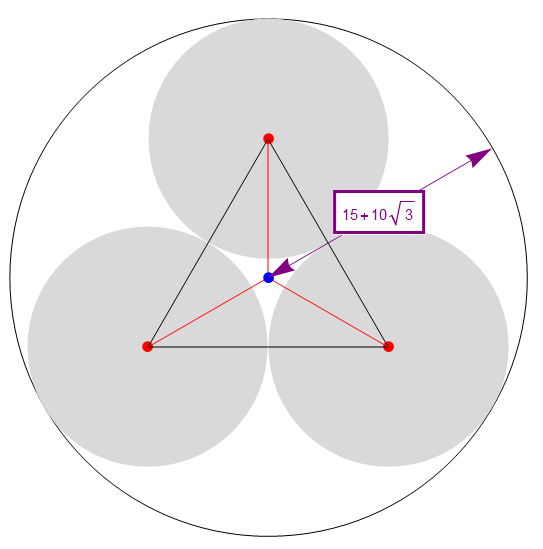 ubpdqn beat me to it and his looks better.

You can have no knowledge about the problem at all and still get Mma to get the answer, just use it like Geogebra on steroids.

16
Behavior of Reduce with variables as domain

2
equation solving problems
0
Small problem at equation solving
5
Solving biharmonic equation with Mathematica
0
Why won't Solve work on this simple equation with a closed-form solution?
0
Solving for a single variable across multiple equations
0
Problem with FindRoot function
0
Solving abstract factorization problem with Mathematica
1
Solving a second-order equation by imposing the constraint that the variables are real