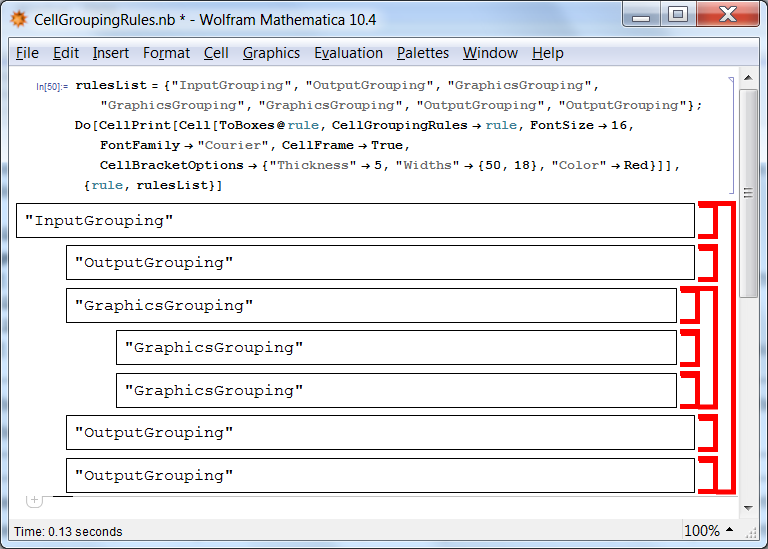 10
Making cells group
11
SubTitle and SubSubTitle do not group by default
7
How to group cell type A under cell type B?
5
How to implement specific cell grouping behavior?
3
PageBreakAbove -> True breaks CellMargins
2
CellPrint with grouping the original generating code
2
Cell @ CellGroupData[... in Cells family
0
How does one use option CellGroupingRules?
1
Create new cell that is not part of any group of cells (not grouped)
0
How to restore broken Automatic cell grouping behavior?
See more linked questions

33
What are recommended guidelines for developing packages?
7
How to group cell type A under cell type B?
7
How to add a caption below a cell?
3
Is it possible to have versioned stylesheets?
3
A custom StyleSheet yields only centrally aligned cells
0
How does one use option CellGroupingRules?
11
Mathematica 12 Frontend for Mac: cell grouping messed up upon copy/paste